Pele vs. Maradona - Who is The Best Player Ever?

Who is the world all-time best football player? Is it Maradona or Pele?

This has been a question that has plagued many football minds over the years, and depending on who you ask you will get a different answer. Since I don’t have any affiliation with either one of these giants of world football I decided to take a look at each of their numbers and then draw my own conclusions.

Maradona is an icon of Argentinian football, and to some the best player to ever play the beautiful game. During his club career he played for six different clubs including Boca Juniors and Napoli. Most would agree that his best years came when he was with Napoli. During a club career that span twenty one years he played 491 games and scored 259 goals.

He won titles with almost every club he represented, but the most impressive achievements were winning the Argentina title with Boca Juniors, Copa del Rey with Barcelona and two Serie A titles, EUFA Cup and Copa Italia with Napoli.

His numbers with Argentina are equally impressive; in 91 games he scored 34 goals. He single handedly took Argentina to back to back World Cup finals winning one of those finals in 1986. That was his tournament, not since has a player dominated a tournament the way he dominated that one. He was the best player of the tournament and the sole reason Argentina won the title.

These are his numbers for club and country. Impressive, but they don’t tell all that it is to tell of who was Maradona. 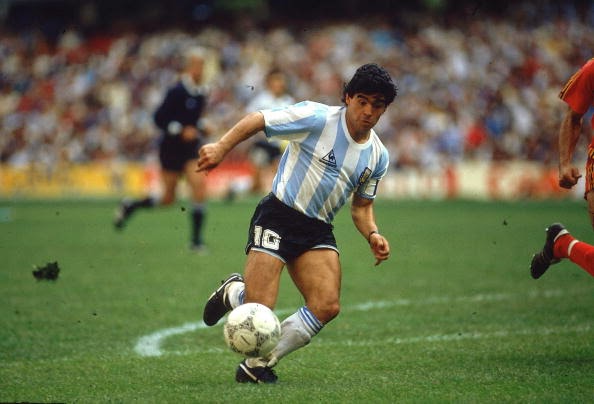 What Maradona is to Argentina, Pele is to Brazil, an icon of Brazilian football, but also an icon of world football. During his club career he represented only two clubs, Santos FC (Brazil) and New York Cosmos (NASL). He was a Santos player and I don’t think either club or player would ever want to see a parting of ways. It was not until the twilight of his career that he made the move to NY to play in North America and help bring awareness and profile to the game of football in a country where it didn't regard much attention. He played 694 games and scored 650 goals for the duration of his 21 year career.

His biggest success came with Santos, which would be obvious. He won two intercontinental cups, six Brasileirao titles, ten Paulista titles, two Libertadores and the list goes on and on. In total, Pele won 40 titles during his club career.

Numbers Aside – Who were these guys?

Now that we have looked at their numbers let us look at the person behind the numbers.

Maradona has always been the son of the people of Argentina, someone who came from the gutters of Buenos Aires, and that never really left that mindset behind. He was always a rebel, on and off the field, and that behavior has always been what he points to as the reason for him not to receive the credit he deserves for what he accomplish on the field.

His issues with drug use, at club level and also with the national team of Argentina, which saw him being kicked out of the 1994 World Cup don’t help his cause. People always say that geniuses have a little bit of crazy in them, Maradona has a lot.

Pele on the other hand was always a role model of behavior perfection. For his club or country he was always the poster boy of what a player should be. His behavior to the media and fans was always of a very classy person, with no flaws and no personal mistakes.

He was seen as an ambassador of the sport, someone who embodied everything good about football and about a poor kid that use the game to better his life. Hard work and a desire to succeed were always his calling cards.

Personality wise, you couldn't have two more different people. So when you sit down to analyze who was the best of all time, how much weight do you put on numbers and personal attributes? What other intangibles do you take in consideration when you make your point? 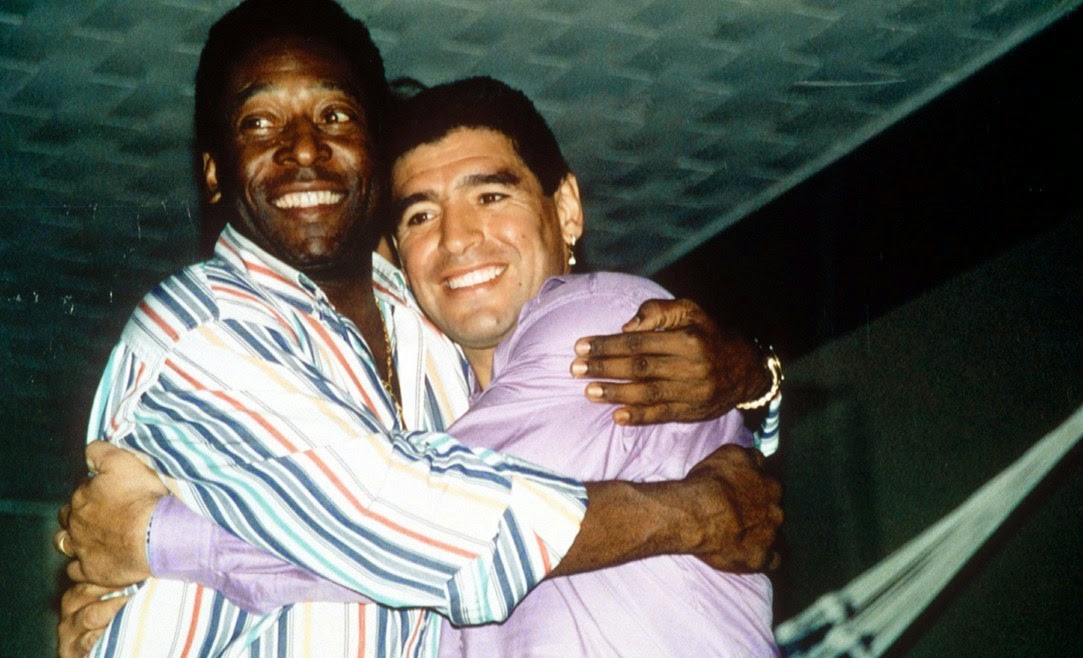 Pele vs. Maradona – Who comes out on top?

Coming into this article my mind was set on Maradona being the better of the two. Perhaps because I had seen him play and had witness his incredible performance at the 1986 World Cup. I had never seen Pele play, so I only have 3rd party reports and videos on Youtube.

It is so hard to not be a fan of Maradona, a rebel that goes against the establishment and that did what he wanted when he wanted, and that dominated the World Cup, winning it all on his own.

Then you have Pele, who is the boy that the institutions love, always well behaved and that won three World Cups but he was a piece on teams that were stacked with talent. When you look at the Brazilian national teams that he played on, and you look at Argentina’s teams, the difference is night and day when it comes to talent surrounding Pele vs. the talent surrounding Maradona.

These factors is what I had weighting in on me. I really wanted Maradona to come out on top, but in the end I believe greatness has to be achieved over time and not once in a lifetime. Maradona won one World Cup and went to a final. Sure, in 1986 he dominated that tournament and with a team that was not filled with stars he was able to do it all on his own and win it. That is incredible, and something we should admire him for. What he did at Napoli is also incredible, he was able to win titles with that Napoli team that nobody has been able to do since. So his success is undeniable, but when you look at the numbers Pele just comes out on top.


Pele’s numbers with Santos and Brazil are untouchable; he won everything a player could have won, and to be the only player to win three World Cup titles, speaks not only of his great ability as a player but also his longevity. He won the first title in 1958 and his last in 1970 that shows that not only you have to be great, but you have to do it during a prolonged period of time.

Some might say that at Santos and Brazil he was surrounded by other incredible players, and that made his life easier. Maradona on the other hand didn’t have the same support around him and that he did it all alone. Sure that carries some weight when you make your decision, but Pele longevity and incredible ability to keep his performance on par during that long career are signs of a true talent, regardless who is around him. Many have been great, but have not been able to do it in a sustained manner, Pele did.

It hurts me to say this, but I have no doubt that Pele is the best player to have ever played the game of football.