Can Neymar, Suarez & Messi Play Together? 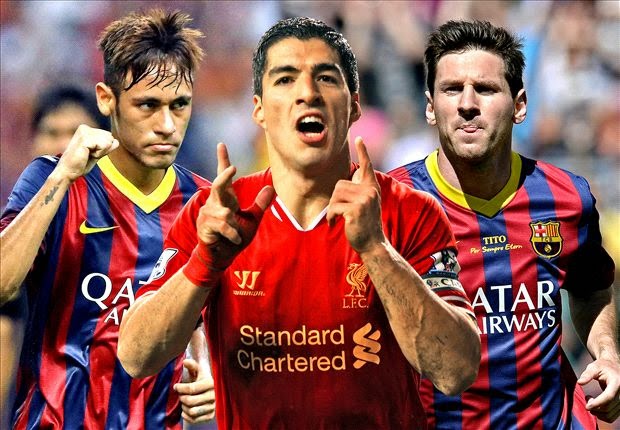 Will FC Barcelona be able to keep their DNA with these three players on the field at the same time?

Most would say yes, but Johan Cruyff doesn’t think so. I have my doubts as well. The signing of Suarez is not surprising, neither was the signing of Neymar last year. Having said that these are almost the kind of signings you have come to expect from Real Madrid and not Barcelona.

Barcelona has always been a team that promotes talent from within and then complements it with the signing of one or two key players. This new Barcelona seems to be pulling away from that road map that they have followed since the days when Johan Cruyff was the coach. I have no doubt that they needed to find a number 9 to complete the attacking front, like when they had Ronaldo or even Romario, but the main difference is that those teams had one single player that demanded the ball, they have three now. Will there be enough of the ball to go around?

There was a reason why Ibrahimovic didn’t work out at Barcelona, and that same reason could be the downfall of Suarez. These are similar players that need the team to work for them, and give them the ball in the last third. When you have Neymar and Messi playing behind you and holding the ball, their main focus is not necessarily to work for you, but rather work for themselves. You can even argue that Barcelona’s most successful years was when the team worked for Messi, not the other way around. That to me has always been one of the reasons for his success at Barcelona and not with his country. At Barcelona the team worked for him, with Argentina he is expected to work for the team.

When you have this dynamic on the field, and off the field you see the departure of Xavi, Fabregas and Puyol, you have to wonder if the chemistry and philosophy of Barcelona will be affected by so many changes. Instead of promoting from their youth system you see them selling or loaning their youth players, like Cristian Tello going to FC Porto or Dos Santos going to Villarreal, and going after big transfer targets like Suarez and James Rodriguez. This is a complete departure from their previous philosophy, and a scary thought to any Barcelona fan.

The Barcelona DNA will be put to the test this season and so will Luis Enrique. The new manager has the experience from coaching Roma, but that will not be enough for the expectations that he will have to live up to at Barcelona. Being a former Barcelona and Real Madrid player he probably understand better than most what it means to Barcelona fans and the club to win and to play like Barcelona, but the team that he has been handed is not your typical FCB squad, and lacks veteran leadership. His main focus is to ensure Neymar, Messi and Suarez all get enough of the ball so they can all play nice together, and nobody goes home crying.

His second part is to ensure the DNA of the team is not altered by these three egos, in the end they can be successful if they take a page out of Germany’s book. If they all play for the collective putting personal agendas aside, they can play like Barcelona, otherwise it will be very difficult for the team to regain the podium of Spanish football.
SHARE SHARE SHARE