Can Toni Kroos Make The Difference? 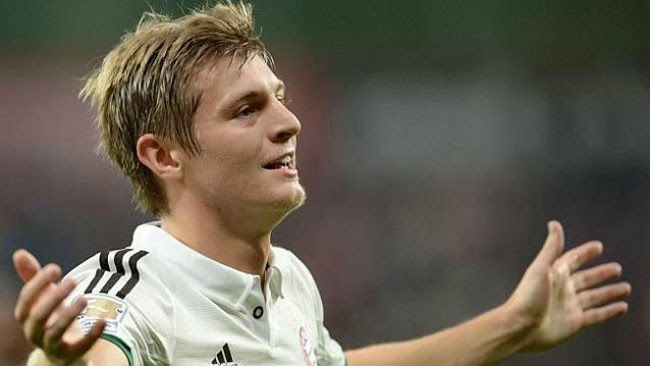 Real Madrid is looking at rebuilding their squad and use Toni Kroos as their center piece.

The move from Bayern Munich to Real Madrid was being speculated in the media for quite some time, so it was no surprise that finally today, Toni Kroos was unveiled as Real Madrid first big signing of this offseason. The German midfielder fresh from winning the World Cup in Brazil with Germany, was at the Santiago Bernabéu today in front of ten thousand fans holding a number 8 jersey.

When you play for Bayern Munich and you looking at moving somewhere else there aren’t many options available for you, Real Madrid and Barcelona are probably two of three places you could go and be seen as making a step up in your career. So when Toni Kroos decided that it was time for a new experience the logic choice had to be Real Madrid, but was that a smart choice? 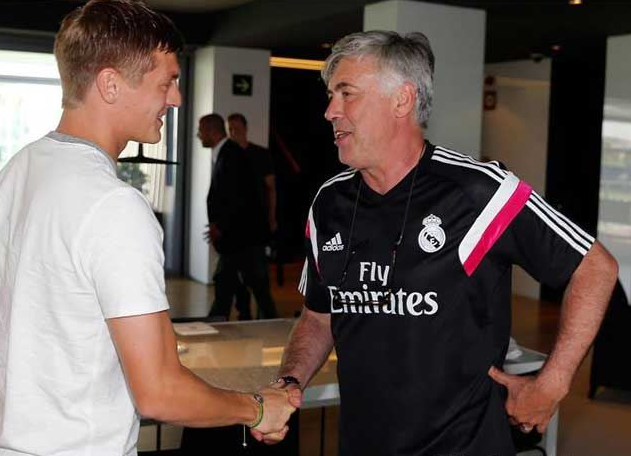 Real Madrid needs to renovate some of their midfield players like Xabi Alonso and Kroos could be someone that they could slot in that midfield role and play alongside Khedira, if he is to stay in Madrid, plenty of rumors circulating about his possible departure. When Ozil left last year I don’t think Real Madrid was truly able to fill in that hole and find a player that could give them the same dynamic that Ozil did, Kroos could become that player.

I don’t think Kroos is going to have any difficulties gaining a spot in that team and being able to adapt to his new surroundings. He is a great player, versatile, good with the ball and that can appear around the box and finish. For players like this you always find room. He can be a general in the midfield, and I believe it will be his midfield for years to come, since I don’t expect Xabi Alonso to have the same dynamic and be able to last a long La Liga season without some knocks and injuries. While Kroos won’t be the most brilliant and flashy player on the field, for that they have Bale, Cristiano Ronaldo and possibly James Rodriguez, he will be the center of the team, the brain and the midfield boss that lacked during some stretches last year.

From all the insane money Real Madrid has spent on players over the last couple of decades, the 30 million euros spent on Kroos will turn out to be a bargain and one of the best investments made by Real Madrid.

Below is the video of Toni Kroos being presented to the fans at the Bernabéu: