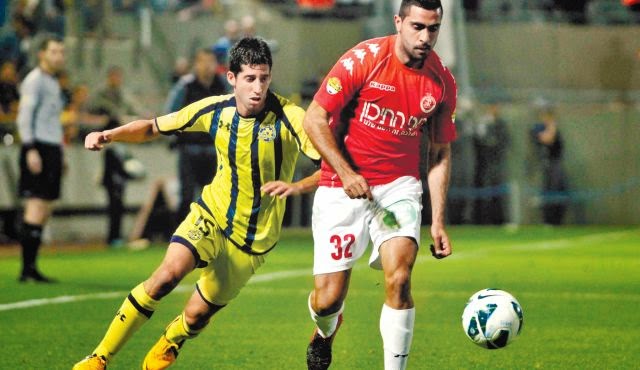 It may seem "small-time" to football enthusiasts outside of Israel, but the Tel-Aviv derby between Hapoel and Maccabi is a very heated one, and one I have attended in the past.

Maccabi Tel Aviv is the most successful domestic side in Israel with 20 league titles won in the club's history, while Hapoel is not too far behind with 13 of their own. The rivalry between the two sides dates back to the 1930's when the two sides met for the first time in league play in 1931.

Maccabi, a name associated more with the middle-class status compared to "Hapoel", a worker class distinction for the Israeli population with the word "hapoel" meaning "worker", having more of a blue-collar supporter base.

Overall Maccabi has enjoyed a bit more success both in league titles and meetings between the two associations. And while the rivalry stretches further than just football, in basketball Maccabi has been in the elite of Israel's league and European competition, Hapoel is known best for its football program and its incredible European run in the 2001-01 UEFA Cup season in which they managed to defeat Lokomotiv Moscow, Chelsea and Parma, before losing in the quarter-finals to AC Milan in a close margin 2-1 on aggregate. 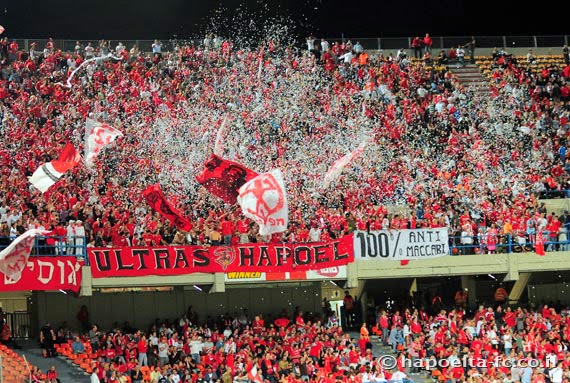 Supporter clashes between the two clubs are not uncommon. Fans of the two sides often engage in disputes inside and outside of the stadium both on match-days and otherwise.

Hapoel Tel-Aviv's home ground is the 14,000+ Bloomfield Stadium, which the "Red Devils" of Israel have occupied as their home since 1962. And while Maccabi has played their home matches in that same field earlier in their club's history, they had a ground of their own for a few decades. But in 2000 it was decided that Maccabi Tel-Aviv would return to Bloomfield stadium and have it as their home-field venue; a decision that likely sparked an even higher degree of hate between the two rival clubs.

When the derby takes place in Bloomfield, sections 4 and 5 are occupied by the Hapoel Ultras, while on the opposite side sections 10 and 11 are reserved for the Maccabi fans.

Some notable figures in the derby include: Ghanaian footballer John Paintsil who has played for both clubs and waved an Israeli flag after scoring a goal during the 2006 World Cup, Nigerian goalkeeper Vincent Enyeama who has also played for both clubs but spent 4 years with Hapoel, compared to the one loan season with their rivals, Welsh international striker who had spent time with Maccabi and of course former Chelsea FC manager Avram Grant who had coached Maccabi on two occasions. The son of Dutch legend Johan Cruyff, Jordi, is currently the sporting director at Maccabi Tel-Aviv. 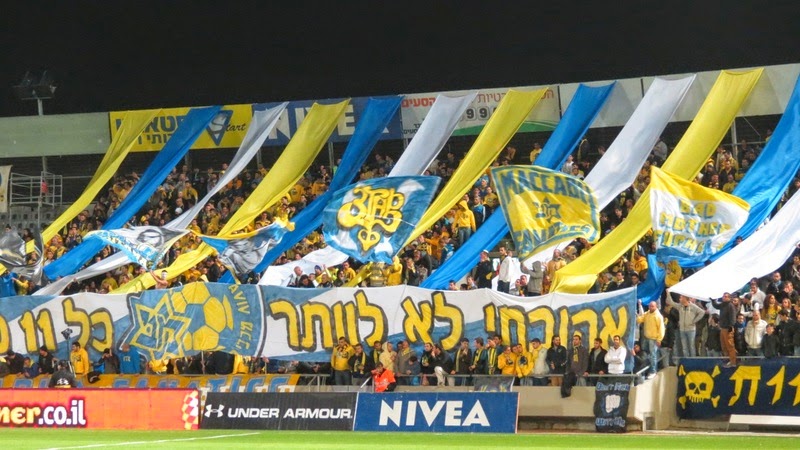