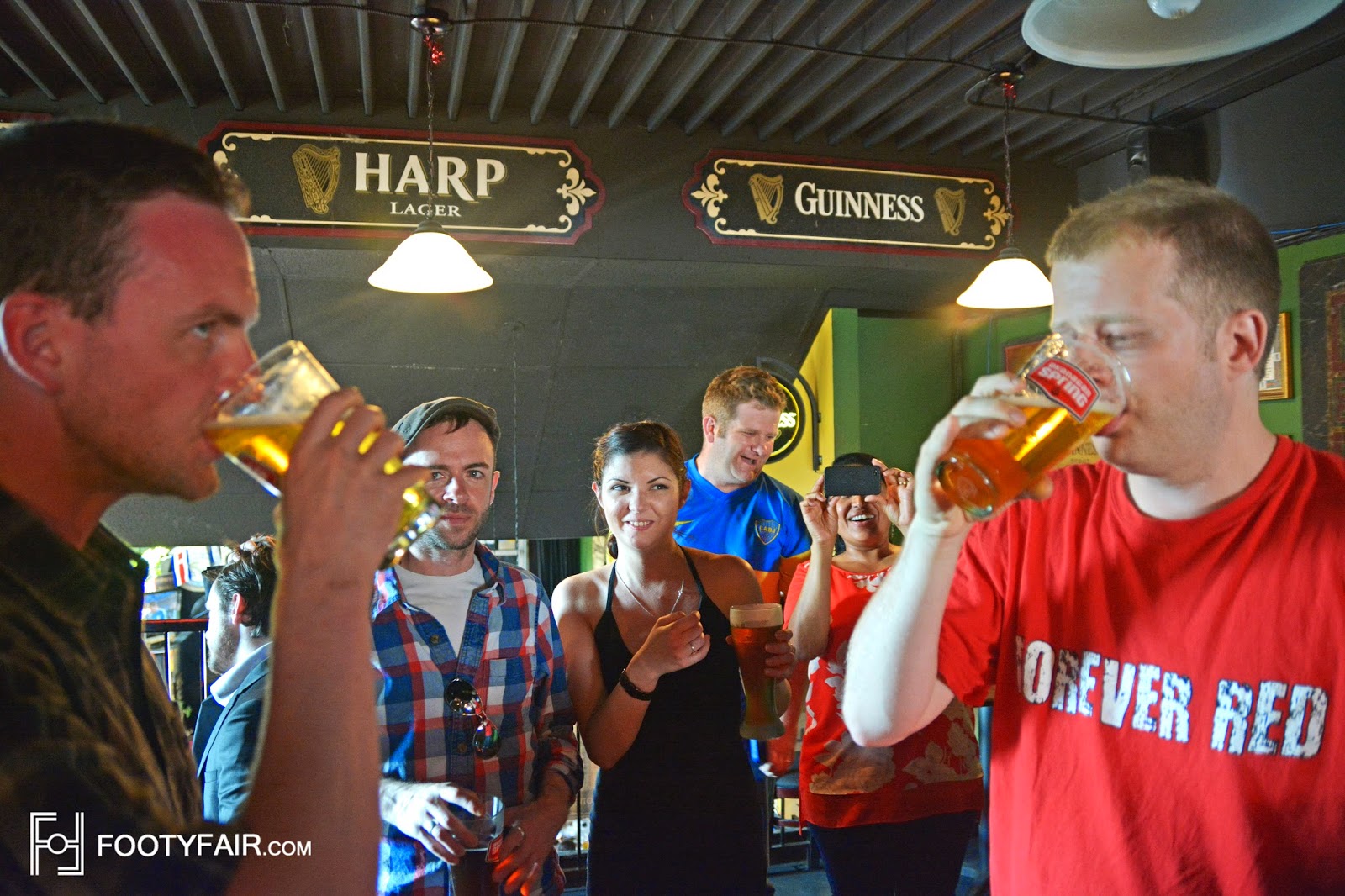 On this past Sunday, July 13, 2014, the FootyFair crew, along with family and a large group of friends were graciously hosted by An Sibin Pub for a World Cup Final viewing party.

During the match, in partnership with An Sibin, we held 50-50 draws for t-shirts, an Ireland jersey and other great prizes, and also had a competition for people to predict the match winner, along with guesses on the goal scorers, how many cards were handed out, etc.

With over 100 people participating in this match prediction competition, we had a two way tie for the most correct responses. As their could only be one winner, because in all honesty that's all we had budgeted for, we held a drink off to determine who took home the prize of two TFC vs. Tottenham match tickets.

We here at FootyFair would like to give a big thanks to Scott Brockington and the rest of the management and staff at An Sibin Pub for hosting such a great event on Sunday. We couldn't have picked a better spot to watch the World Cup Final.

If you're looking for a great pub to watch a TFC or EPL match in Toronto, or if you simply want a nice place to grab a pint and have a bite to eat, I definitely recommend checking out An Sibin Pub at 709 Queen St E, Toronto, ON, at the corner of Queen and Broadview.


Besides having 20 beers on tap, including some excellent craft and Irish beers to choose from, they have a great menu from which I can personally recommend the generous sized burger or the delicious Guinness Stew. For more information, check out their website at: http://ansibinpub.com/

Thanks also to all of the people who participated in the draws and the prediction contest. We met a lot of enthusiastic football fans on Sunday who helped pack out the pub for the World Final, which generated a fun atmosphere. We hope to host more events like this in the future.

Below are some of the pictures we took on the day, along with a video of Dan's victory in the drink off. 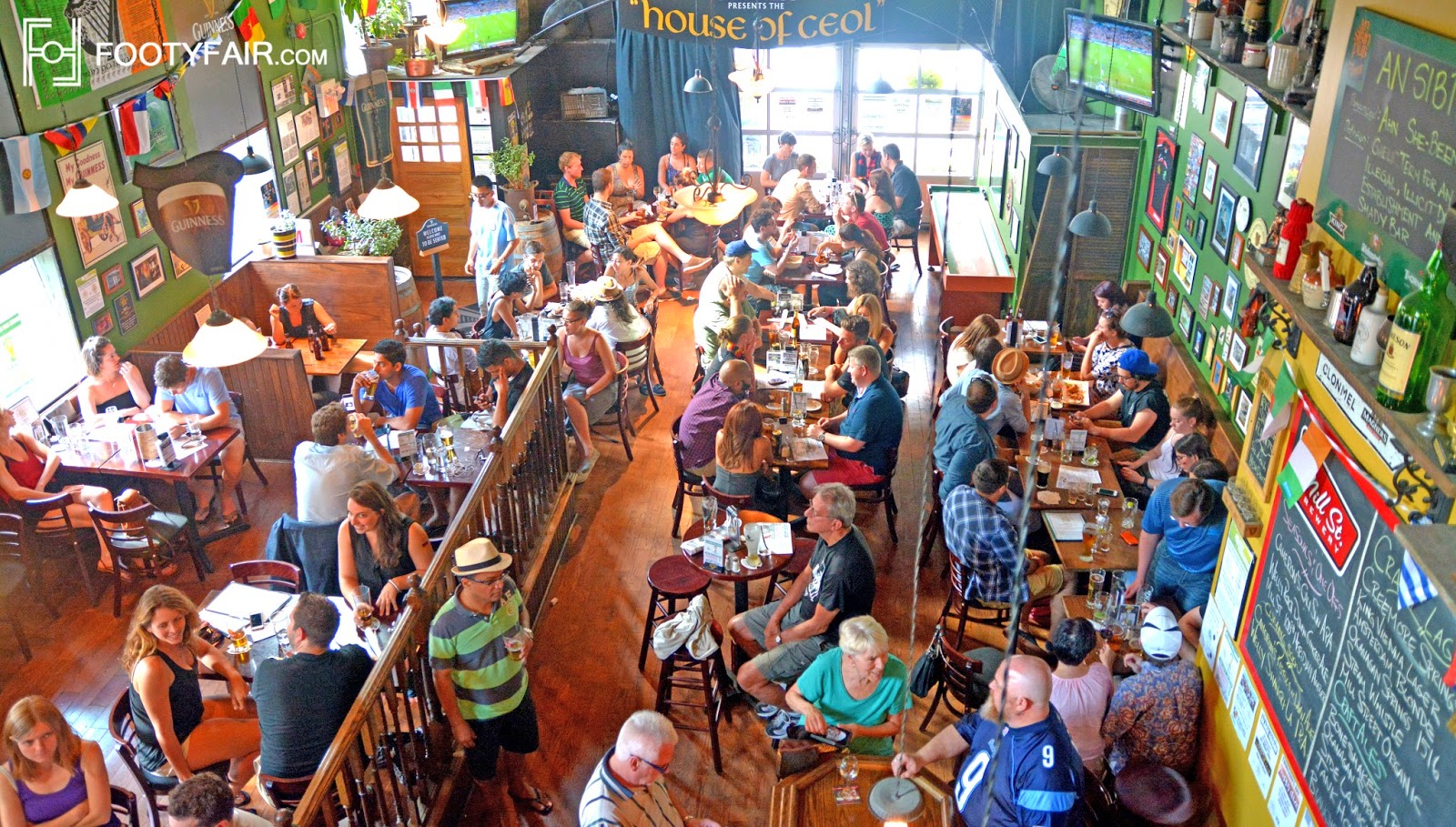 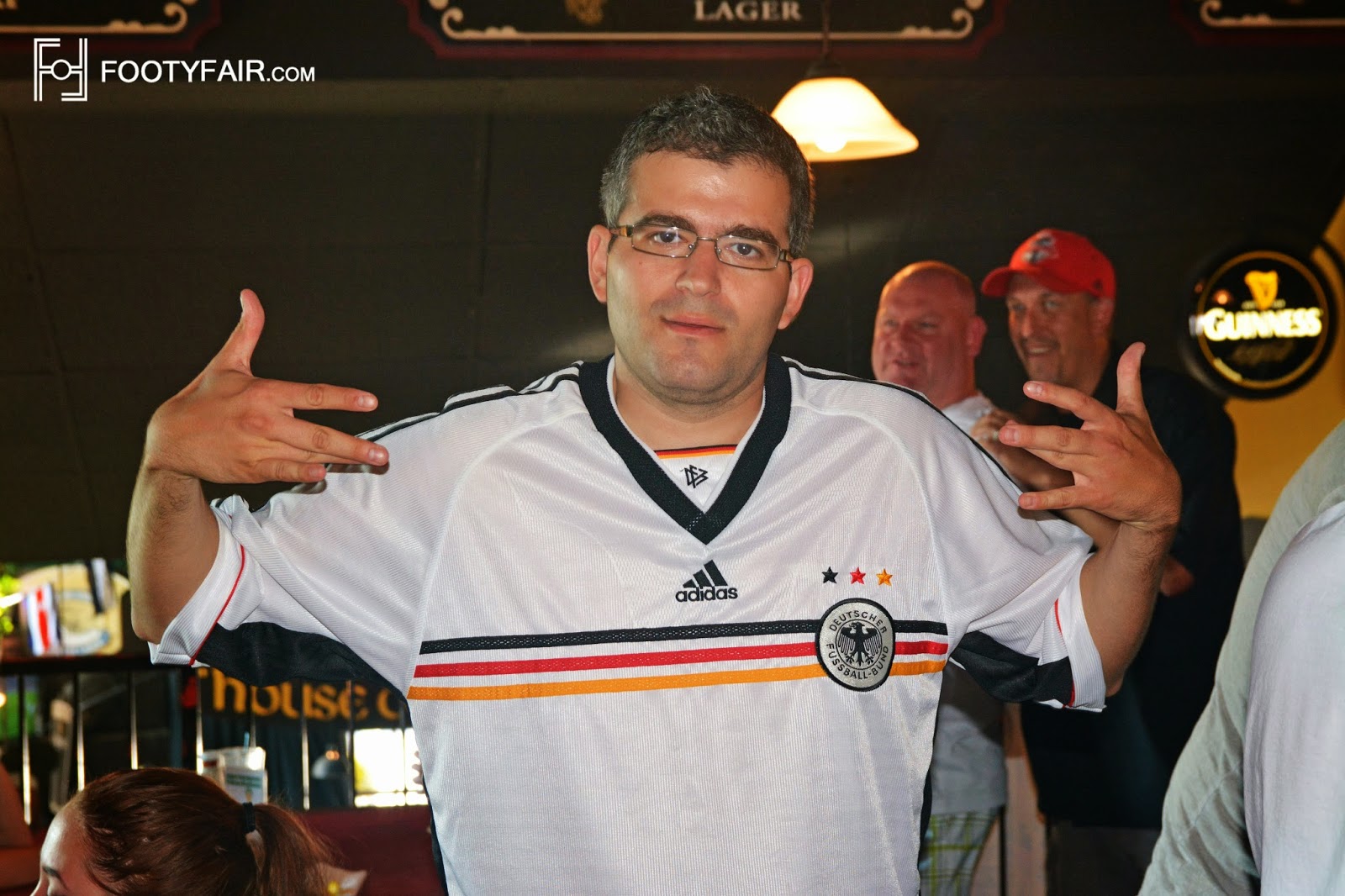 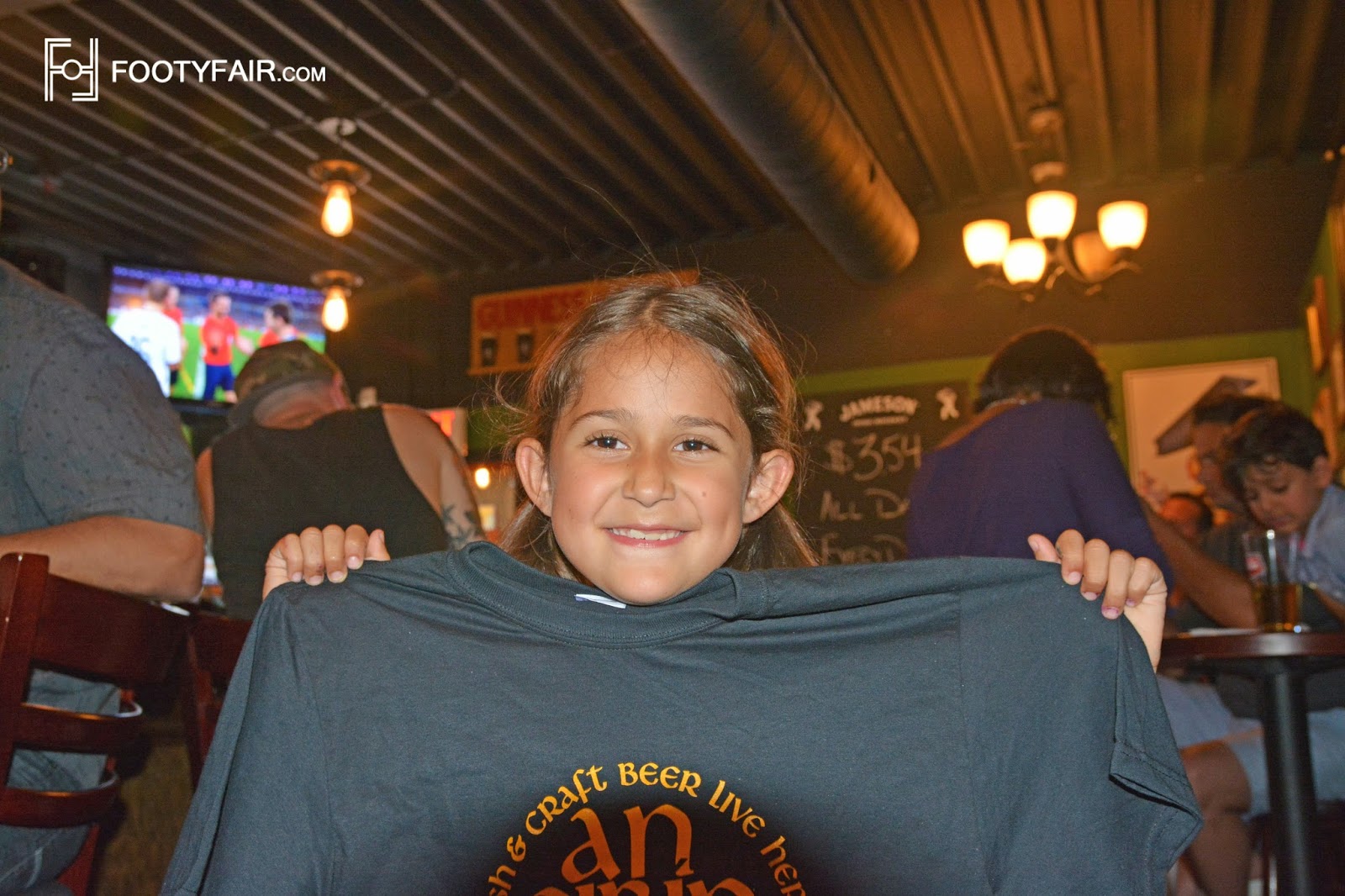 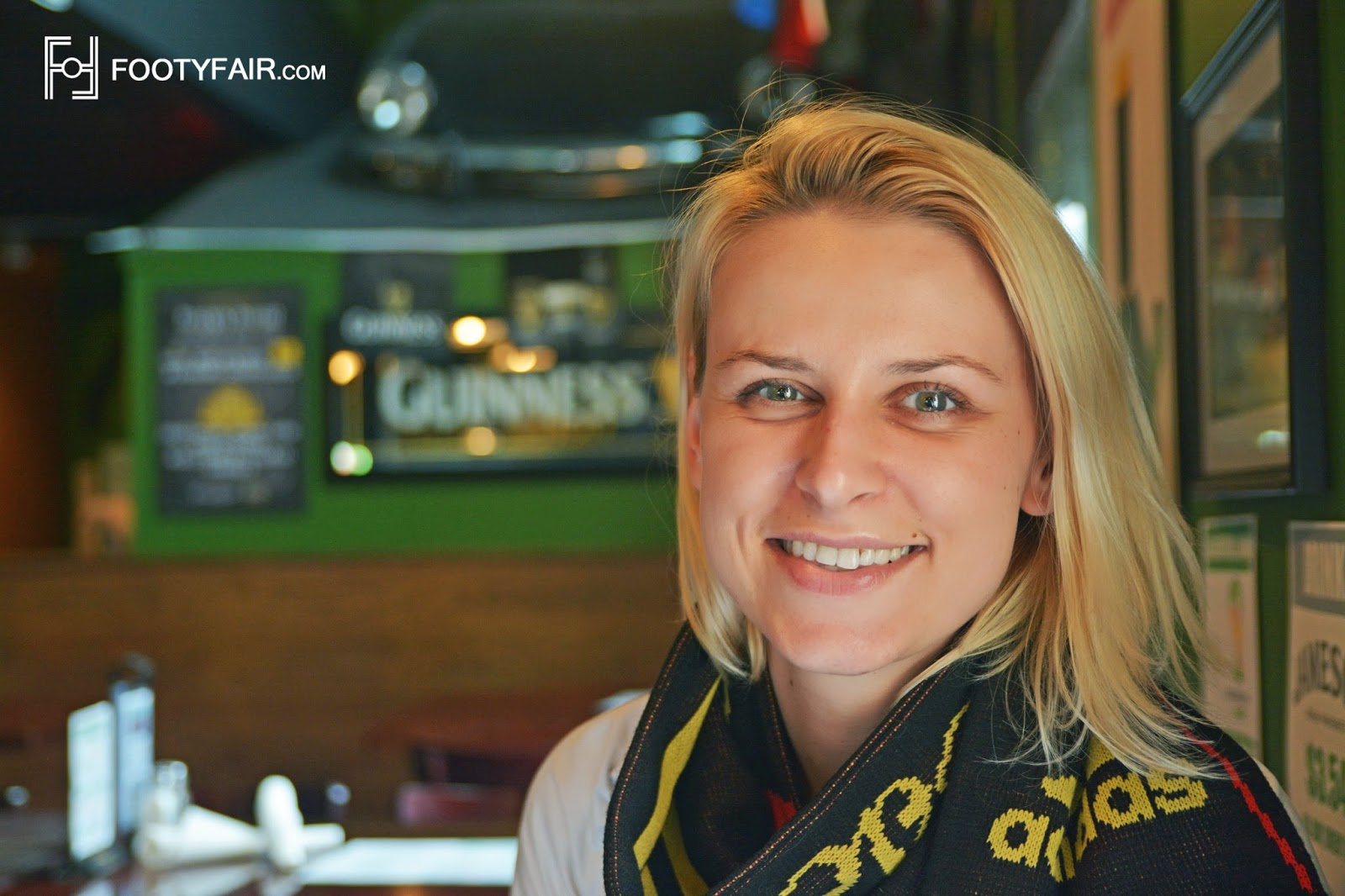