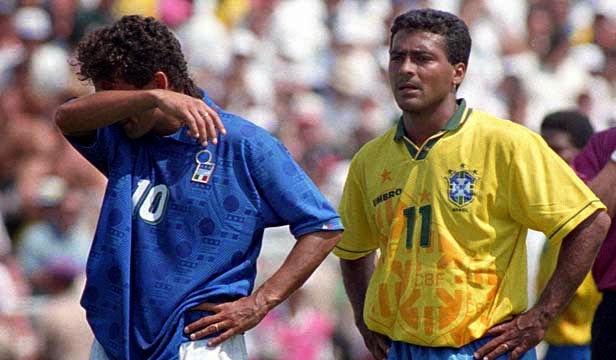 It was exactly 20 years ago to the day, when two international powerhouses Brazil and Italy took to the pitch in Pasadena, California, to battle out a World Cup final meeting that would crown the first ever nation to win four World Cup titles. Germany, who had also won this title on three previous occasions was eliminated by a surprising Bulgaria side in the quarter-finals.


The Road to the Final

Brazil’s road to the final ran quite smoothly, with group wins against Russia and Cameroon, along with a 1-1 draw against the Swedes, the South American qualified to the round of 16 as group winners. Italy on the other hand were on the brink of elimination during the group stages. After a shock 1-0 loss to Ireland, the Azzurri were barely able to defeat Norway 1-0, and drew their final group match against Mexico 1-1. With all four teams in Italy’s group tied on identical 4 points, the Italians finished third in their group, but managed to scrape through into the round of 16 as the fourth best 3rd placed team in the group stages. The 1994 World Cup format allowed for four of six best 3rd placed teams in the group stages to qualify to the round of 16. This meant that the Italians were practically the last and worst team to have qualified through.

In the round of 16 the Brazilians met with a resilient USA side, but after a tough fought match were able to move on with a 1-0 win. The Italians needed extra-time against Nigeria after the match score after 90 minutes was 1-1. Star striker Roberto Baggio converted from the spot in the 102nd minute to put his team through with a 2-1 final score victory. 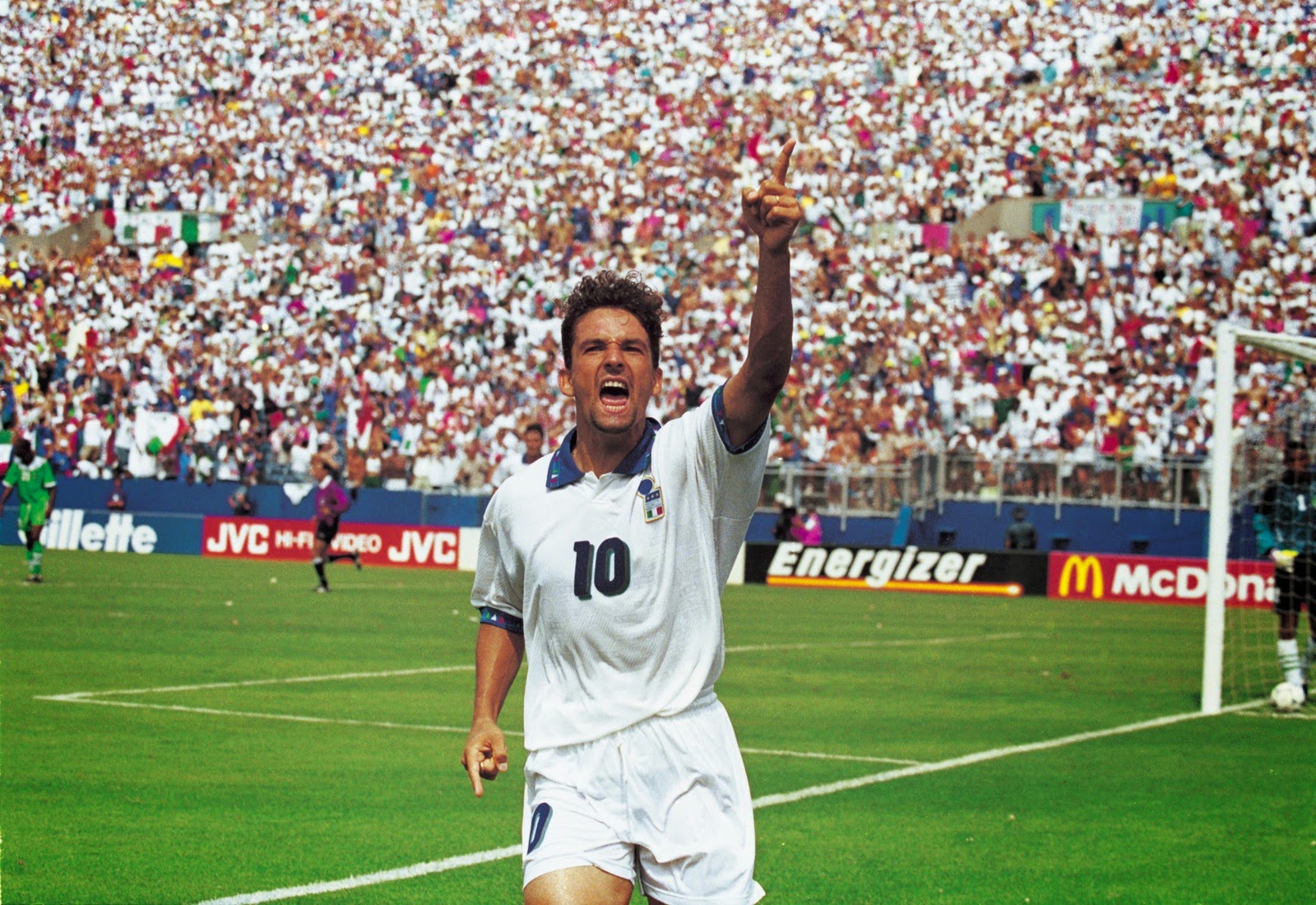 In the quarter-finals the Azzurri had to rely on the Baggio name yet again when they met Spain. Dino Baggio opened the score for the Italians, and after the Spanish were able to tie things up, it was Roberto Baggio who came to the rescue again with his goal just two minutes from full-time. The Brazilians played a tough Dutch side. After going 2-0 up, Brazil saw their lead erased by two Dutch goals in a span of 12 minutes. But Gremio left-back Branco would score with less than 10 minutes on the clock to put Brazil through to the semis.

In the semi-finals Brazil would meet Sweden, the only team they were not able to beat in this tournament after their 1-1 draw in the group stages. With both teams struggling to score for a long time, Brazilian star forward Romario scored in the 80th minute to secure the 1-0 win and a passage to the World Cup final match. For Italy it was Roberto Baggio again, scoring both of Italy’s goals against the Bulgarians to secure his team’s progress to the final via a 2-1 win. 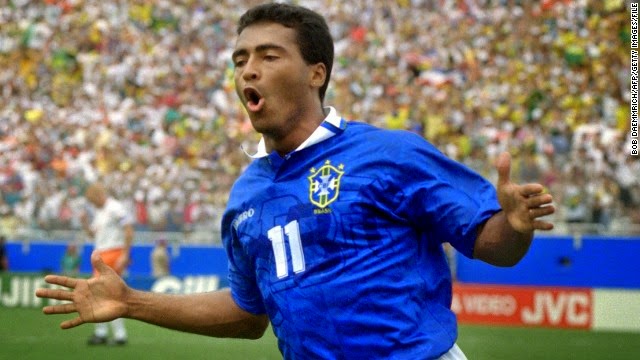 It was July 17, 1994 and a beautiful summer day in California. The Rose Bowl stadium, which was (and still is) home to the UCLA (University of California Los Angeles) American football team, saw over 91,000 people in attendance. A colorful choreographed display on the pitch greeted fans and players on a day that will crown a fourth time World Cup champion regardless of the outcome.

The match itself went on almost as expected, with the Brazilians using their South American flare to attack the Italian defense, while the Azzurri known for their defensive expertise, were knocking anything that came remotely close to their goalkeeper’s zone away. Brazil did have some scoring chances with Romario and Bebeto missing the goal from close range on a couple of occasions. But with the Brazilians unable to penetrate their opposition’s defense for the most part and the Italians not showcasing any kind of real threat with their offense, the match ended with a 0-0 draw at full-time.

In the additional half of an hour of play the strategy and gameplay was much the same as the first 90 minutes. The Brazilians, while great on the ball and on the break through the middle and flanks, were unable to pierce the Italian defense as the Europeans were standing their ground, challenging almost every Brazilian attack head on. As the Hungarian referee blew his final whistle, this match had become the first scoreless World Cup final and the first final to go to a penalty shootout in the history of the tournament.

Tension was building as the two sides prepared to take their shots from the spot. The non-kicking players along with the coaches stood with their hands on each other’s shoulders, some praying, some unable to watch the action at all, as it became apparent that any mistake at this stage could cost their side the most coveted trophy in the world of football. 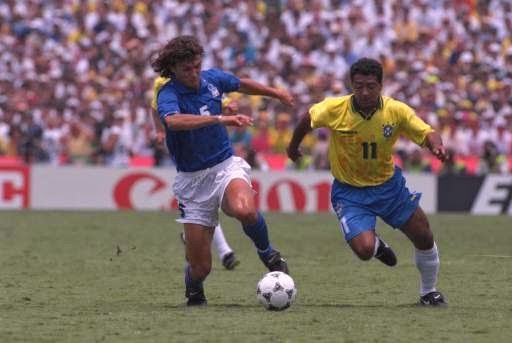 Italy would shoot first. It was Italian captain Franco Baresi against Brazilian goalkeeper Claudio Taffarel. The Brazilian keeper guessed wrong going to his left, while Baresi’s shot sailing high over the bar, almost directly over the middle of the goal. Baresi fell to his knees, covering his face with the palm of his hands in disbelief.

In the same fashion a center-back took the first shot for the Italians, Brazilian Márcio Santos would be Brazil’s first penalty kicker. Santos facing Italian keeper Gianluca Pagliuca could not outwit the net-minder as the Italian guessed correctly to his right, to save the Brazilian’s shot and lift the spirit of his captain Baresi, whom he was consoling just moments earlier.

Next up for Italy was Demetrio Albertini. Making no mistake, the Italian midfielder slotted the ball high to Taffarel’s right, with the keeper going the other way. Brazil’s second shot was taken by none other than star-man Romario. The Brazilian shooting to his left managed to clip the inside of the post as it went into the goal. Pagliuca held his head as he realized that the Brazilian was inches from a miss.

The next two shooters would also score. For Italy it was 95th minute substitute Alberigo Evani who shot the ball hard into the middle of the net, past the goalkeeper who was leaping to his right. For Brazil it was full-back Branco, making the Italian keeper guess the wrong side while slotting a flat on the ground shot into the goal.

Italy’s fourth shot was taken by the first of the starting lineup’s two strikers, Daniele Massaro. Massaro’s shot to Taffarel’s left side was greeted by the goalkeeper’s palms as he guessed correctly, saving the penalty shot, pointing to the sky to thank a higher power.

To take an advantage they were unable to after Santos’s miss, the Brazilian captain was called upon to take their fourth shot. Dunga made no mistake, putting the ball into Pagliuca’s left corner as the keeper again went to his right.

3-2 advantage for the Brazilians after four shots apiece.

Italian’s last hope of staying in this match was Roberto Baggio, who almost single-handedly got Italy to the final match after his scoring heroics in the knockout stages. Baggio’s assignment was clear; score, and the pressure would go on the next Brazilian kicker to win the World Cup. Miss, and the Brazilians will be celebrating their fourth World Cup title right away.

Most football fans know exactly what happened next. Twenty years on and Italians all over the world still cringe when the name Roberto Baggio is mentioned. An Italian star and hero, who was instrumental to the Italian national team in the 90’s, would forever be remmberd most for what transpired in the next few seconds.

With the referee to his left and Brazilian keeper taffarel staring him down, Baggio prepared himself for the shot, standing outside of the penalty area, looking at the ball he was about to kick. After a few small steps, Baggio hit the ball, watching it sail above the crossbar. As the Brazilian players and coaching staff stormed the pitch, celebrating their fourth World Cup title, Baggio stood with his hands on his waist, staring at the goal in disbelief. 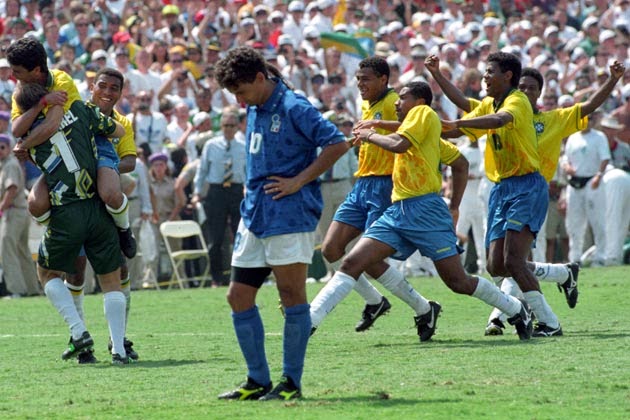 Brazilian captain Dunga ceremonially lifted the World Cup trophy, passing it on to his teammates. Brazil were World Cup champions again, and again at the expense of the Italians whom they defeated previously in the final match of the 1970 World Cup. 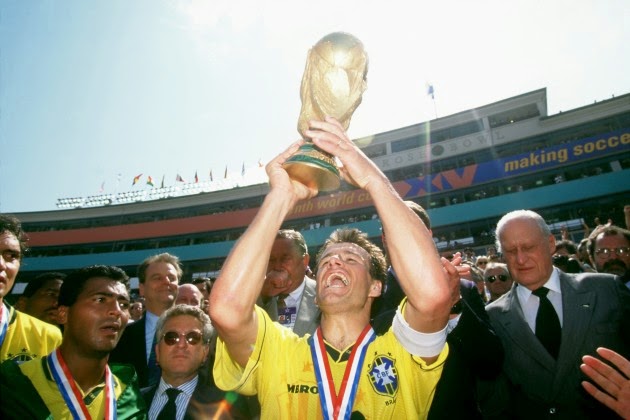