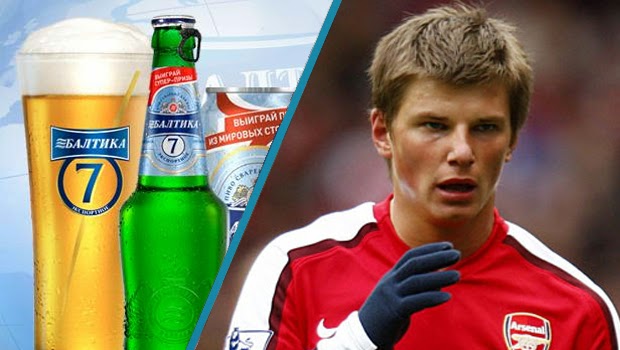 Baltika 7 is a pale lager that can be found anywhere but in Russia, as it is produced for export purposes. After an incredible Russian run to the semis at Euro 2008, Andrey Arshavin's arrival at Arsenal in 2009 made him the more popular of other Russian footballers outside the "motherland", just as the beer also is the most recognizable Russian brew on liquor store shelves outside its country of origin.

Baltika and Andrey Arshavin both come from Saint Petersburg, and both come with a reputation. While the footballer certainly has somewhat of an ego, anyone associated with the brew will also tell you that it is by far the best beer to come out of Russia. But while both the player and the beer are fairly good overall, it was apparent quite quickly after Arshavin's arrival in the England capital that while he is decent he doesn't seem as impressive when compared to the others around him. In the same way, the Baltika 7 is a very enjoyable beer, but would not be the first choice if compared to some other exports on the shelf. 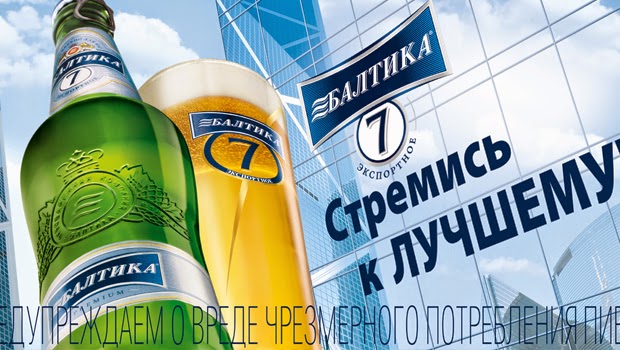 Andrey Arshavin (when in his prime) was a pretty versatile player, able to play on the wing and up-front. Baltika also boasts a few different qualities with its slightly hoppy sweet malt tastes and a totally unique after-taste that is very hard to describe, comparable to the player only in way of his ridiculous "unique" bowl-cut hairstyle.

The Baltika 7 pours into the glass without any head, and that as well seems to be something the two share in common as Arshavin's idiotic remarks and outbursts are well documented.

While both seem very decent at first, one on a football pitch, the other in a glass; both are certainly nothing to write home about after a more detailed review. 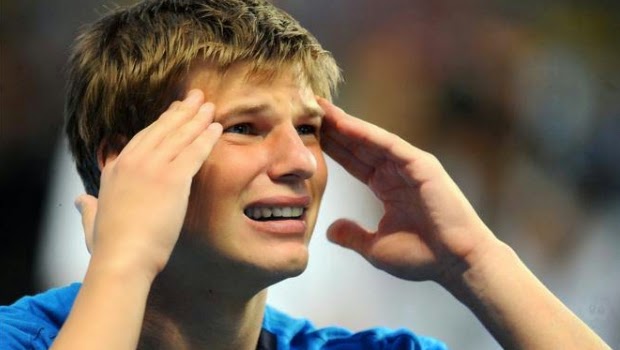