Dunga Lays Down the Law - Men Do Not Cry 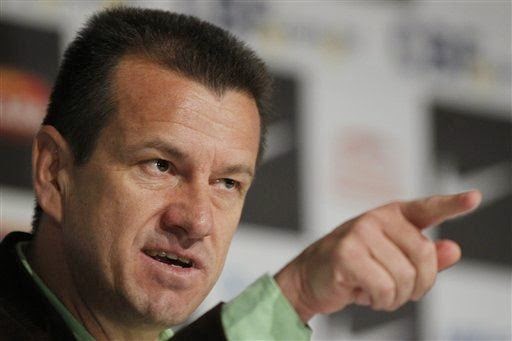 For the Brazilian National side a new sheriff is in town and the players better shape up or forget about wearing the famous yellow shirt again.

Like R. Lee Emery's demented Drill Sgt. Hartman in Full Metal Jacket, the crew cut sporting Dunga doesn't have any time for crying or flashiness from his men. Dyed hair, crying and mourning injured players will have no place under Dunga's new regime.

On dyed hair, Dunga had this to say:

“I would not have permitted them to dye their hair while with the national team at the World Cup,” Dunga raged.

“Do it before, or do it after, but not when you should be thinking about the World Cup.”

Commenting all of the crying that took place during Brazil's campaign, Dunga sneered:

“A crying scene like the match against Chile is negative in a world such as football. We are macho, sexist, and we have this idea that men do not cry.”

Speaking on the ridiculous outpouring of grief surrounding Neymar's injury, Dunga had this to say:

“The message transmitted was: we have lost a soldier.

“But if you go to war you cannot be crying about the loss of one solider – you must give strength to the solider who takes his place.”

Even the most casual observer could tell you that Brazil were an emotional mess during the World Cup, and perhaps a tougher approach is what's needed. Besides getting David Luiz to concentrate on staying in position and not losing his head, could Dunga force him to shave his wild hair? What about Neymar's faux hawk?
One thing for certain is that Neymar can forget about wearing his NJR branded caps for the National side in future, as Dunga put his foot down:

“Either you where a Brazil hat, or you don’t wear a hat at all.”

It looks like the new look Brazil are going back to an old school approach. 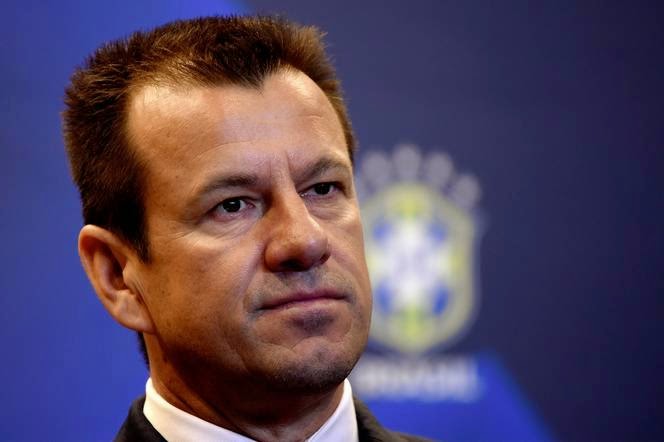