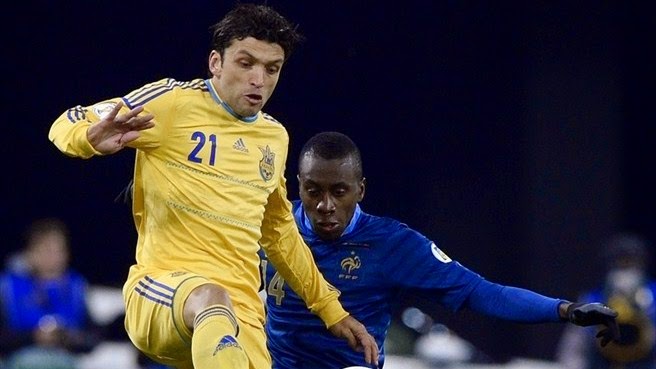 Born as Edmar de Lacerda Aparecida, the Brazilian midfielder simply known in the Ukraine as Edmar has been called-up to the Ukrainian army amid civil unrest and tension with separatist groups in the eastern regions of Ukraine.

When the Brazilian arrived in the Ukrainian league in 2002, it was popular for Ukrainian clubs to look for players in the South American country. Footballers that otherwise would have a hard time finding playing time elsewhere, were quite successful in the Ukraine. Edmar was no different, and after five successful years with mid-table club Simferopol, the Brazilian signed with the much more established Metalist Kharkiv.

In 2008, Edmar de Lacerda Aparecida becam Edmar Halovskyi de Lacerda, after the Brazilian married a Ukrainian woman Tetiana Halovskyi. As a result, Edmar took on the Ukrainian citizenship and in 2011 was called-up to play for the Ukrainian national team.

On July 20, 2014, Edmar was called-up again, this time to the Ukrainian military, a call-up that unlike the one that asked him to play football was not a welcomed one for the Brazilian born neutralized citizen who said "To be honest, I don't know what I would do if I actually went into the army. Playing football is the only thing I can do."

Ukraine has recently reinstated its compulsory military service, after it was removed in 2013. And while it is unclear in what capacity Edmar's involvement with the military is going to be, the news was a shock to the Brazilian, who was quoted saying "I had certainly not anticipated that when I got a Ukrainian passport. The club told me they will try to resolve the issue for me."