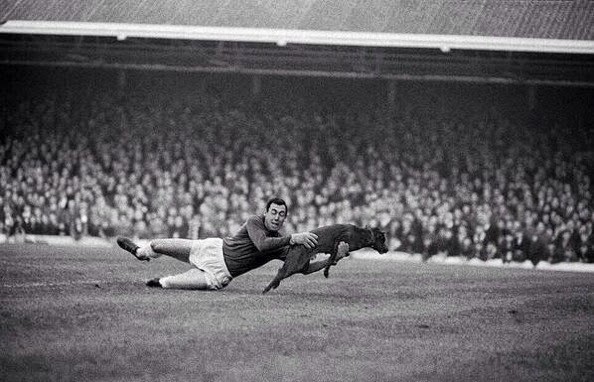 Despite today's wall to wall coverage, the massive salaries, big egos and pink neon boots, football is still a simple game played between twenty two men or women with the aim being to outscore the other side.

Beyond being just a game, football throughout the years has brought people, communities and even countries together. As a universal language, football can almost transcend sport and that's why I love it. Some of the best times I've had in my life have been centered around playing, watching, or even just talking about football.

Besides being an avid fan of the modern game, below are some of my favourite images from football's past. Former Stoke City manager Tony Waddington once described football as 'The Working Man's Ballet' and these wonderful, and occasionally weird, images definitely support that.