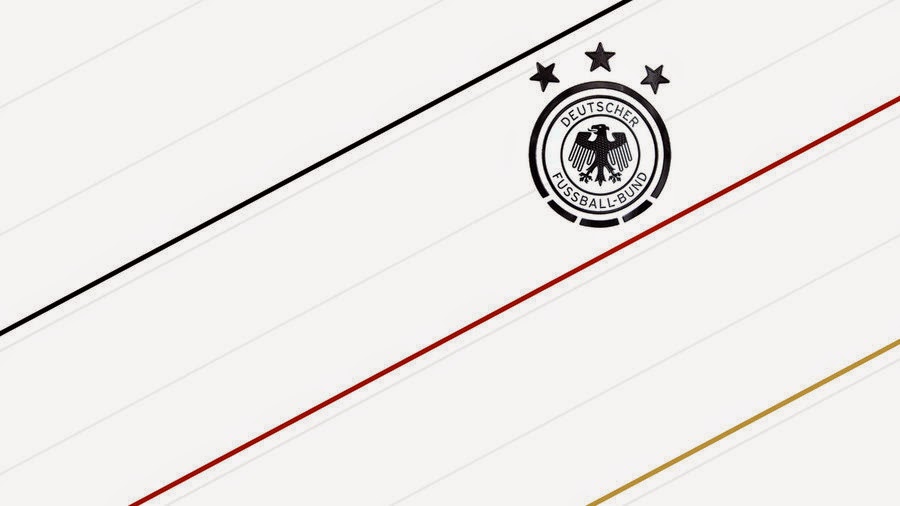 If you thought that the German national team’s World Cup win would be their last trophy of the year, well, you were wrong.

Obviously the U19 Euros are nowhere near the scale and prestige level of the FIFA World Cup, nonetheless, it is a competition that directly reflects on the country’s development of its youth system and therefore is always interesting to follow.

The 8 team tournament which was hosted in Hungary this year, saw Germany lift the trophy for the 3rd time in the competition’s history, last in 2008. 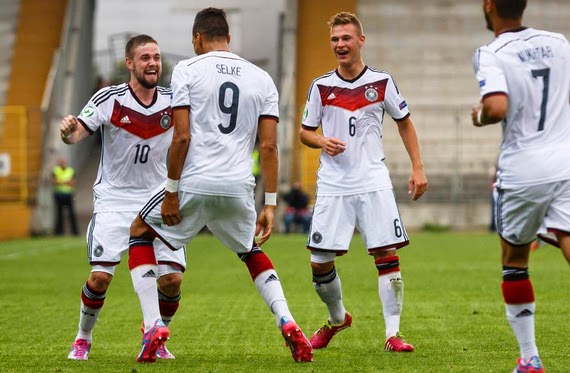 Drawn into group B with Bulgaria and previous tournament winners Ukraine and Serbia, the Germans had little in their way in terms of a challenge until the very final. A 2-2 draw against the eventual group runner-ups Serbia was the only fixture that will demote the German national team from the title of a perfect record, to that of an undefeated run instead.

In the other two group matches Germany would record two clean-sheets, defeating Bulgaria by three and Ukraine by two goals, qualifying to the semi-finals against the runner-up of group A, the Austrians.

One German footballer that was above all others in his skill level and was the obvious “game-changer” in this tournament was Werder Bremen’s Davie Selke, who scored in each of the three group matches, twice against Bulgaria, then one goal against the Serbs and both goals in the 2-0 victory over Ukraine. 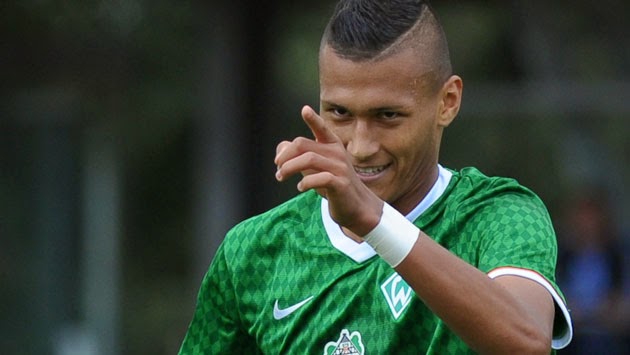 Undoubtedly Selke is a footballer to watch for the future as the 19 year old had already feature for Werder Bremen’s senior team on a few occasions, while most of his time to date is spent with the reserves.

In the semi-final against Austria Selke was on the board again, scoring the first, and what would prove to be the only goal needed for his squad as Germany qualified to the final against the other semi-final winner Portugal, in easy fashion with a final score of 4-0.

Today’s final match against the Portuguese proved tougher than the rest, but even without the scoring touch of their star striker Davie Selke (who picks up the Golden Boot award with his 6 goals) the Germans managed to celebrate yet another tournament win after a goal from Hertha Berlin’s 19 year old midfielder Hany Mukhtar was just enough to secure a 1-0 victory.

The German football federation (DFB) will surely look back at 2014 as a very successful year with trophies at the oldest and youngest (professional) levels of football.
SHARE SHARE SHARE