Back When it Was Hard to Watch Matches in North America 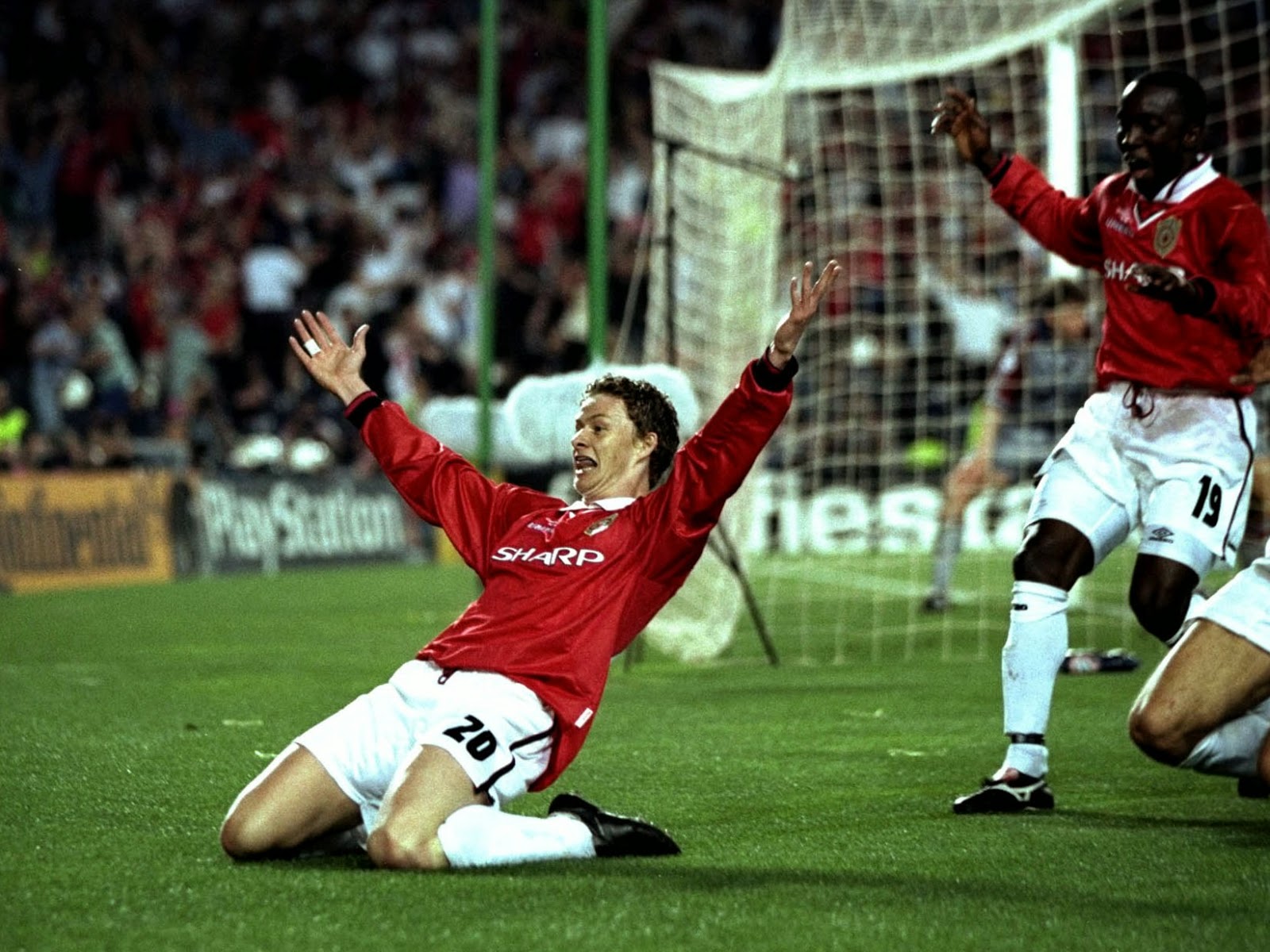 "They've lost." Someone at our table muttered in a quite voice.

Most of us couldn't bring ourselves to look up at the screen anymore and starred down ruefully at the remains of our pints. In three minutes Bayern Munich were going to win the Champions League and United, outplayed and outfought, were going to come up short of winning an unprecedented League, FA Cup and Champions League treble. United had been second best all day, as they sorely lacked the drive and craft of the suspended Roy Keane and Paul Scholes in the midfield. As injury time crept in we won on corner on the left. Beckham, still a footballer at this point and not a global brand, took it and there was a mad scramble in the box. For the first time all game the Germans were rattled and couldn't get the ball out. It fell to Ryan Giggs on the edge of the box who skewed a shot that was then turned in by Teddy Sheringham. 1-1.

The bar exploded and we all jumped around in celebration. The game was definitely on now. As Bayern kicked off after the goal however a horrible thought crept into my head, "This game is going to extra time now. Bayern will shut up shop and then it'll go to penalities. Penalties! The Germans never lose on penalties. English teams never win on penalties. We could still be fucked." That my friends is the gut twisting angst of being a football fan. You see a dark cloud strangling most silver linings.

I barely had time to breath when I glanced back up at the screen and good old reliable soldier Dennis Irwin had won another corner. Surely, United couldn't score again could they? With only seconds to go Beckham floated another corner kick across, Sheringham headed it on and Ole Gunnar Solksjaer stuck out a boot that sent the ball into the top of the net.

The next five minutes are a complete blur for me. The Oxford Pub in Cambridge, Ontario was packed to the rafters with United fans that day, and my abiding memory was of chairs being knocked over, beer flying in the air and the people I had spent six years watching football with hugging me and each other.

That pub is but a memory now, it closed about a year after United won their historic treble, but I often think back to the time that it was a challenge for those of us in this country and in the United States to watch matches from overseas. That pub was just one of many venues I took matches in during the '90s, generally they had most United fixtures on their trusty satellite dish, but I remember driving all over Kitchener-Waterloo and beyond to find pubs carrying matches back in those days.

Back then we didn't have local professional football, and our only cable coverage of the game was on TSN's Soccer Saturday, a highlights show that provided clips from the previous weekends matches. Although host Graham Leggat, a former winger for Fulham who still owns the record for the fastest hat-trick in a top division match with 3 goals in 3 minutes, did his best to present a good show, it was live football that many of us craved. For that we had to seek out British and Irish pubs that had massive satellite dishes on their roofs to go along with an expensive subscription to Setanta Sports.

Going to these pubs each Saturday morning, for breakfast, a pint and some English football was how I spent most of my highschool years. Surrounded by like minded individuals you developed a sense of community, that isn't of course comparable to what supporters have on the terraces or in the stands, but for us it was as good as we could get. The humour and atmosphere in these pubs on a big match day was tremendous. I made a lot of friends at these so-called "soccer friendly pubs" and loved listening to the old timers who had stood on the terraces at Old Trafford from the 1950's up until moving to Canada, for most of whom like my family, in the early 1980's.

I actually had my first legal pint of beer, bought for me by one of these old Reds, while watching Manchester United trounce Newcastle 4-0 in the Charity Shield in 1996 at The Oxford.

Today with pretty much every match, from any league that strikes your interest, available now in either glorious HD or via some streaming site or another I sometimes think back to those days of having to go to the pub, and crossing my fingers that the satellite service wouldn't die. Although I love the convenience of watching matches at home, a large part of me misses those days and the camaraderie I had with guys and girls like me who had to put in a bit of effort to see a particular match, even if it only was on a TV in a corner of a darkly lit pub.

Although I can't get out every Saturday anymore to go to a pub to watch a match, every now and again it's worth getting off the couch and remembering that football is always better when watched in the company of friends.
SHARE SHARE SHARE