So we will see a rampant Germany in the Final of the World Cup.

Before today, Germany and Brazil, two of the most successful sides in the history of international competition had only met once before in a World Cup. That was of course in 2002, when Ronaldo led Brazil to a 2-0 win in the World Cup Final.

To say that Germany took their revenge in the match today in Belo Horizonte would be the understatement of the decade.

Brazil were simply destroyed by the Germans. It's hard not to feel now that Brazil were frauds in even getting this far in the competition.

Without a trace of hyperbole, this is the result of our generation. No team has ever taken a beating like this in a World Cup Semi Final. The Germans thoroughly humiliated Brazil and this 7-1 score line will jump out in the record books forever.

Brazil lost something more than a football match tonight, they lost their air of invincibility. Never has a team in those bright yellow kits and blue shorts been shown up like this. Forget the trauma of 1950's 'Maracanazo', this is the greatest trauma this wonderful footballing country has ever known.

Brazil had not lost a competitive match at home since 1975, but within 19 devastating first half minutes they found themselves down by five goals. Once Thomas Muller scored from a corner on 11 minutes the result never seemed in doubt. In fact as Miroslav Klose broke the all time World Cup scoring record in the 23rd minute, and Toni Kroos added two quick strikes immediately after, the worry was that Brazil might lose by double digits.

The excellent Sami Khedira added another on 29 minutes and with substitute Andre Schurrle adding another two in the second half, Brazil's humiliation was complete.

The fact that Germany seemed annoyed to give up a late consolation to Oscar tells you all you need to know about this brilliant side. Make no mistake for as bad as Brazil were, Germany were absolutely wonderful. This was perhaps the finest performance I've ever seen by a side at a World Cup.

Manager Joachim Löw will hope that Germany has a bit left in the tank now to defeat either the Netherlands or Argentina to capture the country's fourth World Championship. It would take a fool to bet against them if tonight is anything to go by. 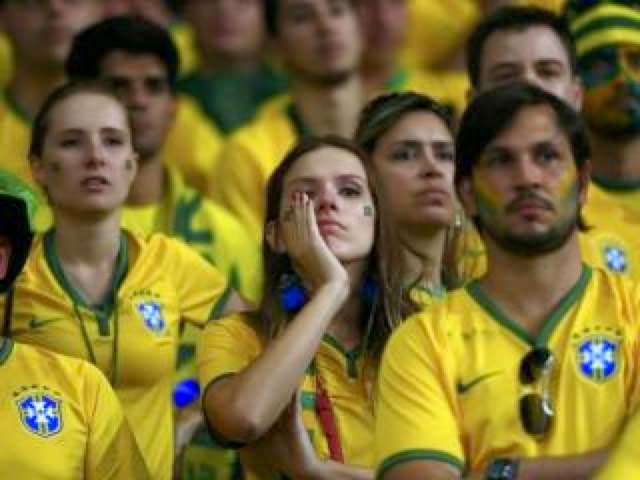 Both Kon and Iain had predicted a German victory in this one, but with Kon predicting a 2-0 win for the European side he wins on the day. Pedro, meanwhile, wrongly went with a Brazilian win in this one.