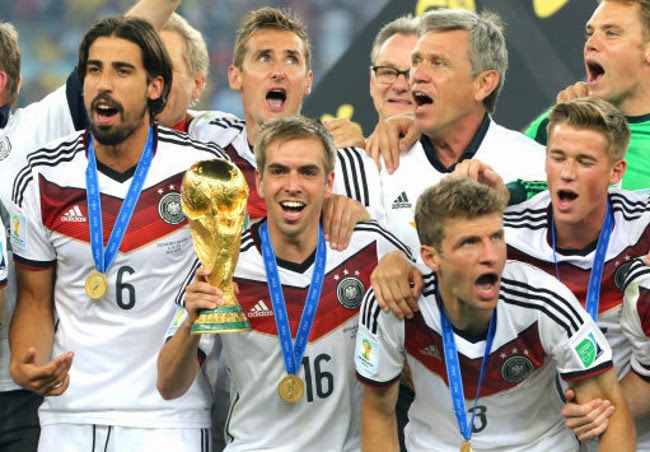 There's nothing quite like going out on a high.

After helping Germany win their fourth World Championship, captain Philipp Lahm has retired from International Football with 113 Caps to his name. After defeating Argentina on Sunday in extra-time thanks to substitute Mario Götze’s extra-time goal, Lahm raised the World Cup overhead with his mind already made up that this would be his last act for his country.

Having made the decision to call time on his International career earlier in the season the Bayern Munich star, who also captains his club side, informed Germany boss Joachim Löw of this decision on Monday.

Plaudits from around the football world came flooding in today in celebration of a terrific career at International level, including glowing praise from FIFA President Sepp Blatter who called Lahm, "a model pro". German Chancellor, Angela Merkel, also weighed in by saying that, “I’d like to express my respect for what he achieved with the national team.” 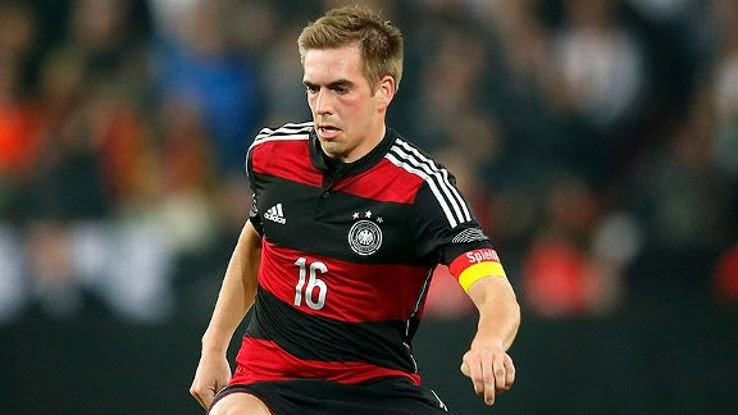 Lahm, who will continue his club career at Munich, had actually started this recent World Cup in a defensive midfield role. But after Germany failed to really click into gear in the last two matches in the group stage, which encompassed a draw with Ghana and a narrow win over the United States, Löw reshuffled the side and move his captain back into his customary right back position. From there he, and his team, shone and surged through the knockout stages on their way to deserved World Cup title.

Deputing for Germany in 2004, Lahm also played at the 2006 and 2010 World Cups, where Germany finished in third on both occasions. He succeeded Michael Ballack as captain in 2010 and at only 30 years old, has been the senior presence that helped lead this talented young side to victory in Brazil.

Although known for his great technique, calmness on the ball, and leadership, many of us will also remember him for his terrific goal against Costa Rica to open the 2006 World Cup. Cutting in off the left wing and curling a beauty inside the far post, it was a terrific start to the tournament from the resurgent German side.

One of the best attacking right backs in the modern era, Lahm has secured his place in German football history and has been an excellent role model for the team he leaves behind.