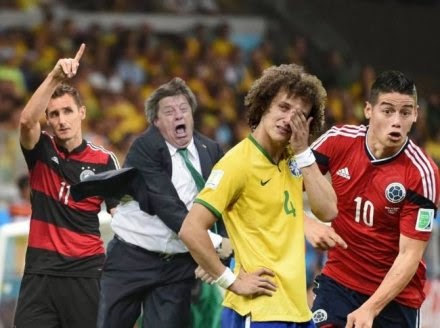 Cambridge University did a study about which words are associated with each team that played in the 2014 World Cup in Brazil.

The study involves English speaking media from all around, and the words most associated with countries were “exciting”, “disappointing” and “inexperienced”.

There are some interesting words associated to some countries, like Ghana’s first word associated to them is “money”. In Uruguay’s case “bite” wins the race, but was there any doubt on which word Uruguay would be tag with?


I wonder if this study was open to the public which words would come out on top. I am sure fans would have different words in some cases to represent how they feel about their countries performances at the World Cup.

I think the result in some cases would be very different and very explicit. I know, that i only need 2 words to describe Portugal's performance. Absolute Garbage.

BBC has released Cambridge University's list of three words most associated to each team: 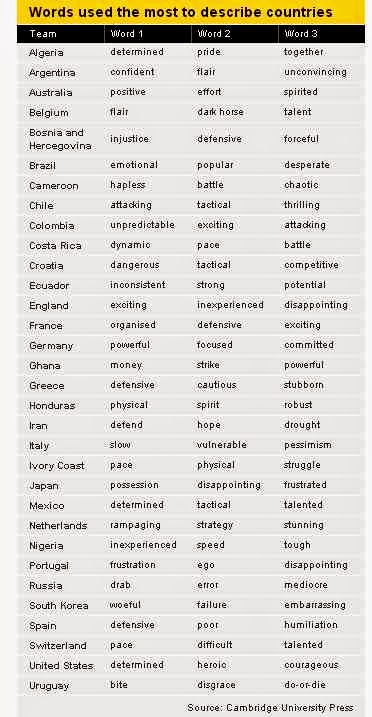