The Monday Meltdown: Half and Half Kits?! 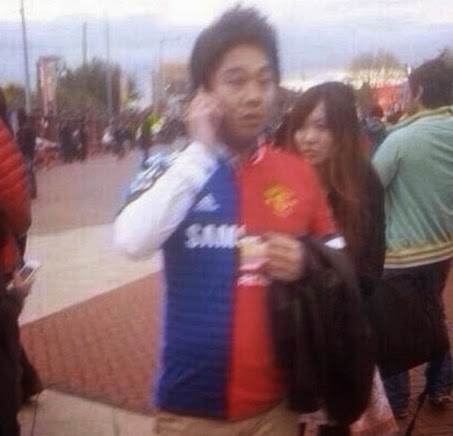 Just when you thought the worst abomination to ooze it's way into a modern football grown was a half and half scarf, we now have a confirmed sighting of an absolute pillock wearing a half and half jersey from the Manchester United and Chelsea clash at Old Trafford yesterday.

For meaningless pre-season friendlies or player testimonials I can see the appeal of them and don't have that much of an issue with the half and half scarves.

But for a meaningful league fixture, particularly one between two big rivals I think they're ridiculous and make you look like someone who likely has pieces of string tying your mittens to the sleeves of your coat in winter. 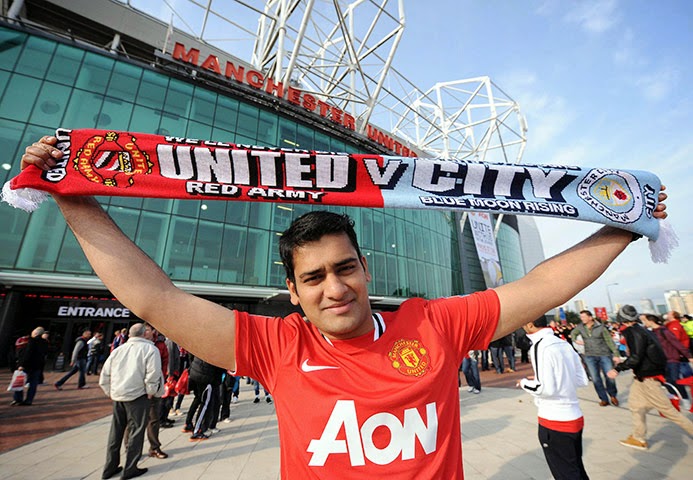 Despite all the bells, whistles and pyrotechnics these days, going to a football match isn't like going to Comic-Con. You can't be both Darth Vader and Pinky Pie from My Little Pony, at a match you wear your teams colours or you go completely neutral.

By wearing items belonging to both teams you look like someone who waits until the last moment to back the winning side. For those of you that sport half and half scarves to matches, to put this in Game of Thrones terms, you are one of those bastard Lannisters. Now am I saying that you shag your sister? Well, I'm not saying that. But I'm not not saying it either, if you catch my drift.

These half and half shirts are a new low though. Both Manchester United and Chelsea are massive clubs, whose support goes well outside of their traditional geographic boundaries.

With satellite TV, internet coverage and pre-season summer tours, both sides have taken massive strides to expand their reach across the globe.

Going to Old Trafford for someone from a foreign country could be a once in a lifetime occurrence and may well be the culmination of a lifetime dream. 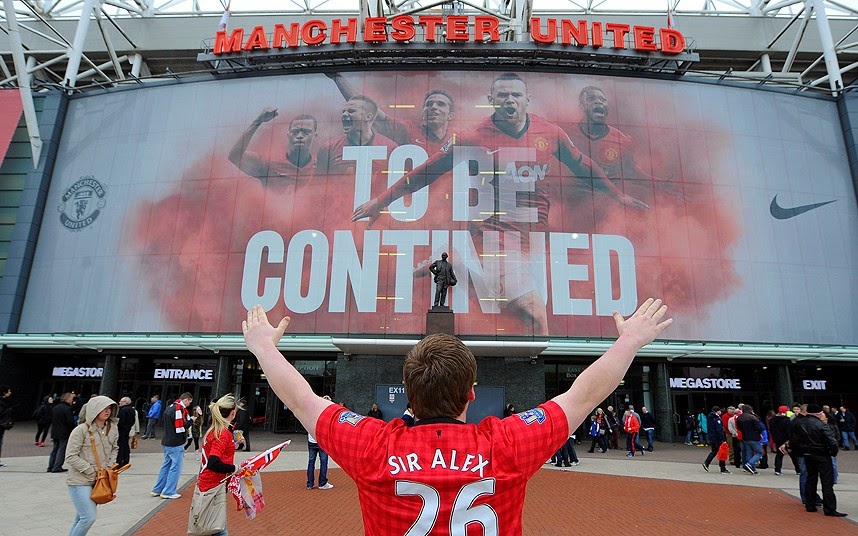 But in a bizarre twist, this person could view going to Stamford Bridge as much of a monumental moment in his or her life.

Call me a grizzled old traditionalist, but I don't think anyone, regardless of their mailing address, should support two teams from the same league. It shows a distinct lack of moral fibre.

However, if someone like this does make it to a ground and both of their sides are playing, they need to show some respect for the clubs, the fans and themselves by supporting one or the other.

Take a good look in the mirror before heading out to the ground. If you're wearing something that's half and half, give yourself a hard slap and get changed into something more appropriate.
SHARE SHARE SHARE