The Monday Meltdown - Should Sunderland Pay Their Away Fans Back? 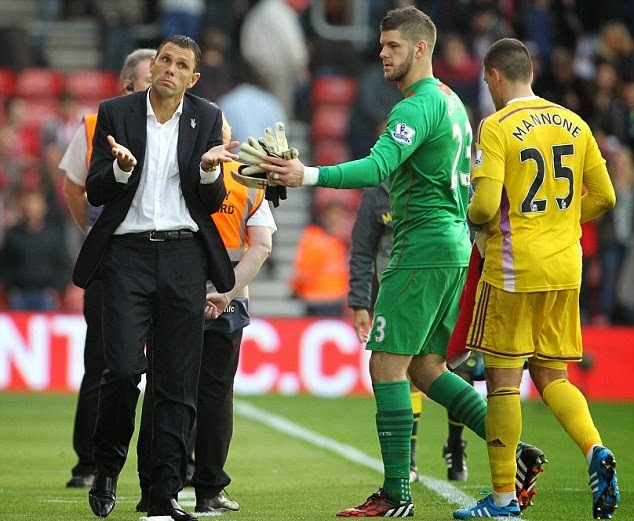 As more than 2,500 Sunderland fans prepared to make the 653-mile round trip between Tyne and Wear, and the south coast they certainly had no idea what they were in for.

After a host of summer departures which included Luke Shaw, Adam Lallana, Rickie Lambert and manager Mauricio Pochettino, Southampton were expected to struggle this season. But under new manager Ronald Koeman however they have absolutely flourished.

Sitting in third place in the table in this young Premier League season, the Saints have been a revelation so far. Key to their play so far has been Koeman's commitment to attacking football and the inspired form of new signing Graziano Pellè. The Italian striker, who received his first cap for the Azzurri this month, has been one of the players of the season so far, with a blistering 6 goals in 8 matches.

With that said, Sunderland have played better than their league standing of 17th place suggests and would have gone into St. Mary's expecting a tight battle.

After an encouraging start though, the game descended into a nightmare befitting the Halloween season for The Black Cats. 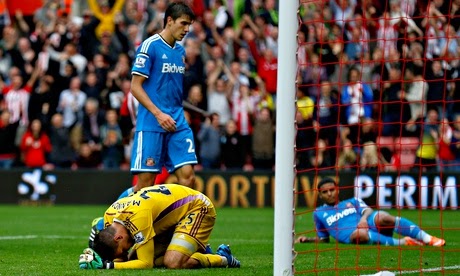 A ridiculous own goal by Santiago Vergini, that was later described by stunned Sunderland manager Gus Poyet as "a goal from another planet", got Southampton on the board and it was followed up by goals from Pellè and Jack Cork before halftime.

The wheels positively came off for Sunderland in the second half as Southampton continued to relentlessly attack and found the net another five times. With one of the goals coming by virtue of another laughable own goal, this time by Liam Bridcutt, the away sides fans were left with red faces for their long journey home.

It was a weak surrender by the club and one that will have left Poyet wondering which of his men truly has the fight within them to get Sunderland away from the relegation zone.

Goalkeeper Vito Mannone admits that the performance was unacceptable. “It was a difficult afternoon but we need to react,” said the Italian. “We have to do it for ourselves, for the club and for our great fans as well that came all that way. I will personally talk to the team to see if it is possible to pay their tickets and their trip. It is difficult for us but it’s very difficult for them as well.”

Mannone himself did not cover himself in glory, and could have done better with a few of the Saints goals, continued.

“I take all the responsibility I can take for each goal,” said Mannone. “I will try to work on it and try to improve. Each one of us should do the same. To try to defend and be in a game properly as a unit. Each one of us knows there were mistakes on the field.

“I really mean that we should pay their tickets and travel. I will do everything possible. We should do it because we didn’t work hard. We started the game well but after we conceded we threw in the towel – and I include myself.” 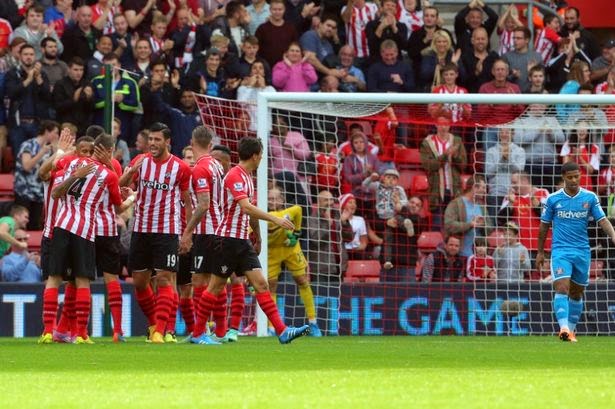 After the goalkeeper comments the question has to be posed will Sunderland pay their fans back for such a wretched performance and should they?

As someone who has traveled hundreds of miles following a team, which has included overnight hotel stays, only to see the side play like garbage on the day, I can understand the fans fury.

When paid professionals take the day off, allowing themselves and the fans to be completely humiliated I think compensation of some sort should be in order.

Fans pay thousands of dollars, or pounds in this case, to follow their clubs on the road and the least the side can do is put up a good effort. As fans the minimum requirement we have is that our players fight for the badge and that's something that Sunderland's beleaguered side certainly didn't do on Saturday.

Hopefully the club will compensate those that traveled down to the south coast this past weekend and in the meantime Poyet has promised that "it's going to be an interesting week in training, that's for sure."
SHARE SHARE SHARE