Home » any given sunday , kids , messi , soccer parents , youth soccer » Any Given Sunday: Your Kid is Not Messi

Any Given Sunday: Your Kid is Not Messi 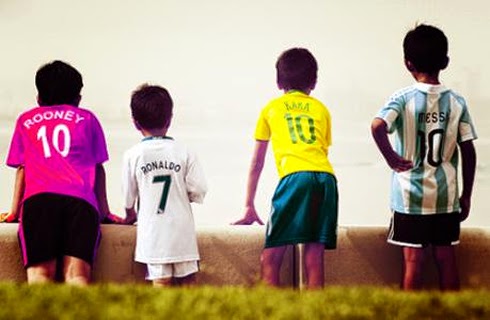 I think most parents dream or see their child as the next greatest player of whatever sport they are into at any point of their early lives. For most if not almost all of them those expectations are almost as farfetched as expecting your grade 2 son to be the next Nobel Prize winner for medicine. Not to say that it can’t happen, but the chances are very slim, better odds of winning the lottery or getting hit by lightning.

Most kids play sports first and foremost because it is fun, followed by the friendships that they build and ultimately because they have a desire to compete against others and try to outperform them. At an early age that desire is driven by the self-awareness that comes from the parent’s response to their success and failures, later in their lives the desire is more natural and becomes more of a self-driven aspect of their young lives and not anymore the desire to impress or gain their parents approval.

Some kids have natural ability for football, like some have it for art, science or video games; the important aspect is understand their interests and foster them in a positive way, to allow them to explore them, learn them and develops them at their own rate. During that process there will be peaks and valleys, the path is not linear and it is not as straight as an arrow, but the main thing is not to compare your child with others either to place him in a higher or lower level of that of his peers.

I remember looking at my son at the age of 5 doing things on the field with the football while most of his peers were not able to kick the ball more than once without losing control. This doesn’t mean he was the next Messi, neither did we treated him as such. All we did was continue to foster his interest in the sport and allow him to experience it at his own speed and ability. When I saw him falling behind his peers at a later age I wonder where did I went wrong, like it was my fault that for some reason a kid that looked to be ahead of the group was now trailing it. Somehow I felt like I was guilty of doing something wrong and the main cause for his regression. I was failing to understand that his development is made up of regression and progression, and nothing that he does is my failure, it is only part of him learning and growing up playing a sport that he loves.

Suddenly I realized that it wasn’t about me, but rather about him and all I can do to ensure he succeeds is to give him all the support and tools that he needs, as far as he goes is 100% up to him. I will measure the success or failure not of his endeavor but rather of my involvement on how our relationship is 20 years from now and how his love of the game still remains as he starts his own family. That will be my only evaluation of his “career” in sports, his evaluation will be up to him, he has to be the one accessing his own achievements as he looks back on them.

He said something to me this week that brought a lot of this to the forefront. After struggling to score or even head a ball during a game, he had a fear of heading the ball; he had two headers in a single game that didn’t turn into goals by pure exceptional goalkeeping from the opposing team. After the game he said that he really wants to score a header, because he wants me to be proud of him. I then realized that he plays for two very simple and primal reasons, the love of the game, and the admiration of his father. I obviously told him that I am always proud of him, and seeing his progression to a point where he finally is almost scoring is something that makes me proud for sure, but more than proud I am happy and pleased for him. I understand the work he has put in, and to see it come to fruition is an immense pleasure, the same pleasure a parent feels when his child speaks for the first time.

Your child may never speak in front of 20,000 people, or even give a public speech on behalf of a world leader, but that feeling you had when they say their first words should be what you will remember for the rest of your life. Same with this, regardless of what my son will become that header will always be the moment of his football “career” that I will always remember has his crowning glory. 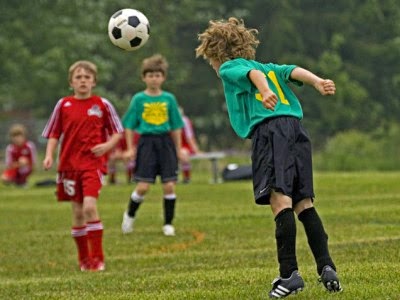