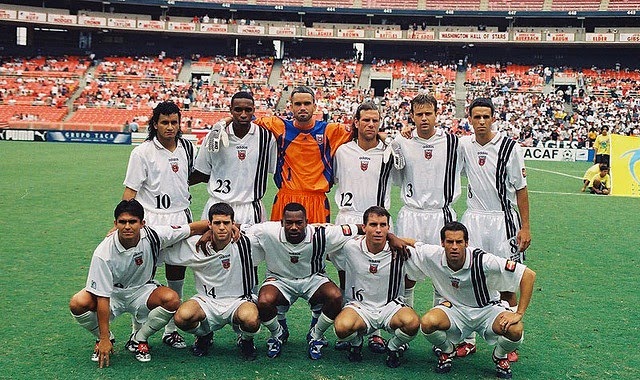 With the CONCACAF Champions League group stage drawing to a close this week, fans of the remaining MLS sides in the competition will be wondering if one of their clubs can finally break the nine year stranglehold that Mexican sides have on the trophy.
One of the MLS sides still in contention is none other than DC United, who have a special place in the history of this competition.

When the MLS began play in 1996, it was the first major professional soccer league in North America since the end of the storied NASL in 1984. With the United States hosting the World Cup in 1994 one of the requirements set out by FIFA, when the Americans successfully won the right to host the tournament, was the formation of professional domestic league and the MLS was the result.

The first few seasons of MLS play were dominated by Bruce Arena's DC United.  A side containing top domestic players such as Jeff Agoos, Roy Lassiter and John Harkes, to go along with international stars Marco Etcheverry, Raúl Díaz Arce and Jaime Moreno, played some terrific attacking football and remarkably swept to the first domestic double in American soccer since 1932. 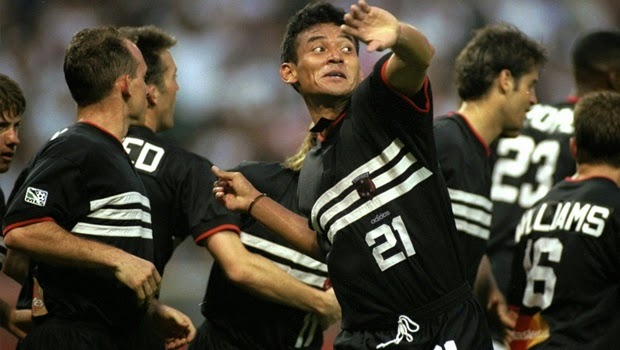 In a thrilling MLS Cup Final, Arena's side recovered from a 2-0 deficit to the LA Galaxy to storm back with a 3-2 extra time victory. The double was completed with a 3-0 win over Rochester in the US Open Cup Final.

After repeating as MLS Cup Winners in 1997, the club surprised North American soccer fans by reaching the final of the then named CONCACAF Champions' Cup in 1998.

The CONCACAF showpiece event that year was a much different tournament to the one we have now. Rather than a season long affair that features home and away matches right across North and Central America, and the Caribbean, the cup was awarded to the winner of an eight team straight knockout tournament, hosted in one city, that followed a round of qualifying for some of the sides.

As the tournament host, and reigning MLS Cup winners, DC United did not have to qualify for the Champions' Cup and went straight into the Quarterfinal round.

After a dispatching Trinidad's Joe Public by a score of 8-0, with Lassiter finding the net four times, DC found themselves up against a strong Mexican side in Club León in the Semi Final.

Unbowed, Lassiter again was the hero as his two goals sent DC United through to the final. 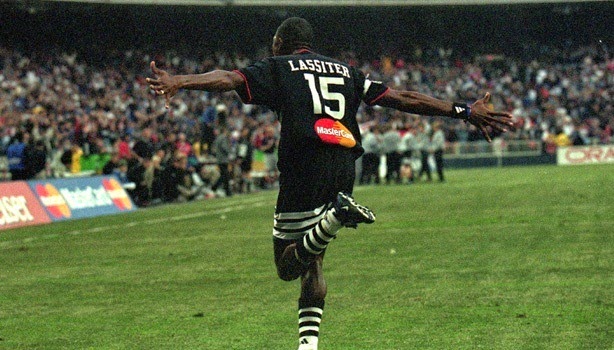 In their way stood another Mexican side in Deportivo Toluca F.C., one of the most successful sides in Liga MX history.

Although they were playing at home in Washington's RFK Stadium, DC United were certainly underdogs heading into the final. Coming from a league that was only two years old and with the knowledge that no American club had ever won this competition, history was not on their side.

Against the odds, long time USMNT defender Eddie Pope put DC ahead in the 41st minute and despite Toluca's best efforts, they would hold on to win the cup.

Despite this remarkable achievement, the significance of the final was lost on a lot of the Washington DC area fans as only 12,607 people attended the final. Those that were there though witnessed a historic moment for US Soccer. 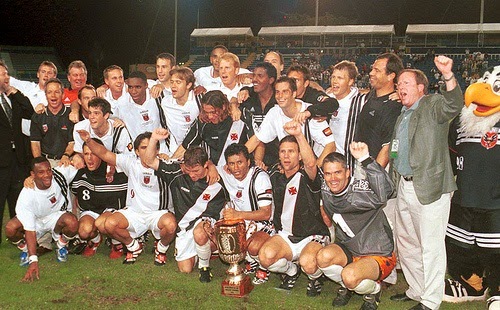 Incredibly, the LA Galaxy would win the CONCACAF Champions' Cup themselves two years later, with an exciting 3-2 win over Honduran side Club Deportivo Olimpia, but since 2000 no MLS side has been able to get their hands back on the cup.

Of the last thirteen Champions League tournaments, an incredible eleven have been won by sides from Mexico. Will this be the year that an MLS side returns to the summit or will Liga MX's dominance continue?