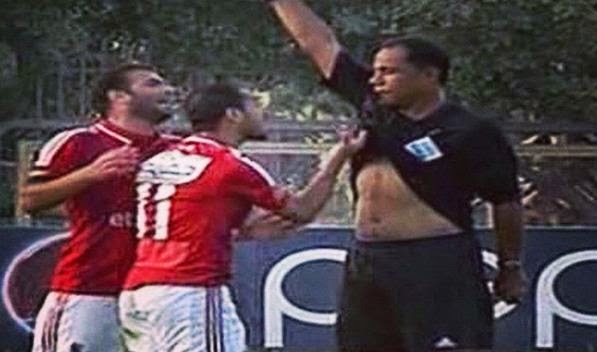 One of the standard rules at all levels of football, from pub leagues to the World Cup Final, is that players should not put their hands on a referee.

Al Ahly midfielder Walid Soliman broke that rule on Monday and has been slapped with a four-match suspension by the Egyptian FA.

Charged with 'raising his hands to the referee' during his side’s 0-0 draw against Al Asyouty Sport, what Soliman did was a little funnier in fact.

After drawing his second yellow card of the match, the fiery midfielder proceeded to unstuck the referees shirt before leaving the pitch.

The North African country's football authorities did not see any humour in the situation however and besides the ban, have also fined Soliman for 5,000 LE, approximately $700 US.