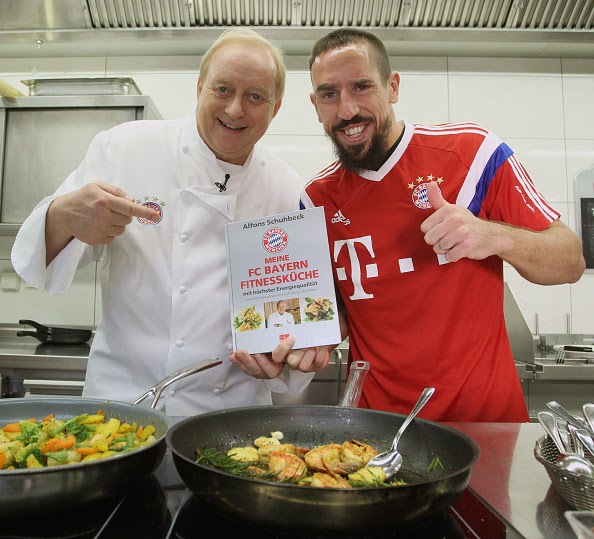 I know when I'm tucking into a delicious meal the last thing I want to think of is Franck Ribery.

Sure, the Bayern Munich and France winger is a supremely gifted player, but besides his frightening teeth and unusual appearance, he strikes me as someone who sweats a lot. The thought of Ribery sweat in my cream of broccoli soup turns my stomach a little if I'm being honest.

Anyhow, Ribery and several of his Bayern Munich teammates took time out this week to help launch an official cook book for the club that was written by German Chef Alfons Schuhbeck. 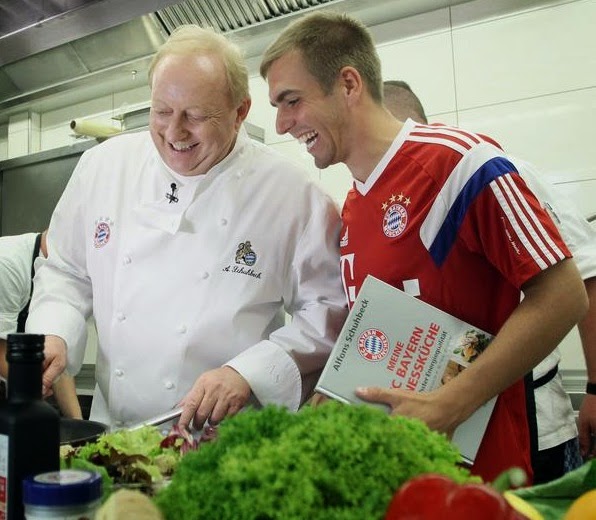 With clubs selling things like mugs, towels, branded credit cards, and pyjamas, I suppose it was only a matter of time before they realized that they could squeeze a little more revenue out of fans by allowing them the privilege of eating like their heroes,

At the time of writing I haven't been able to find any references to what actual recipes are in this particular tome, so I've taken the liberty of making up a few tasty possibilities.

And that's about it... Plus I cheated on the last one, so hopefully the Müller company doesn't sue me.