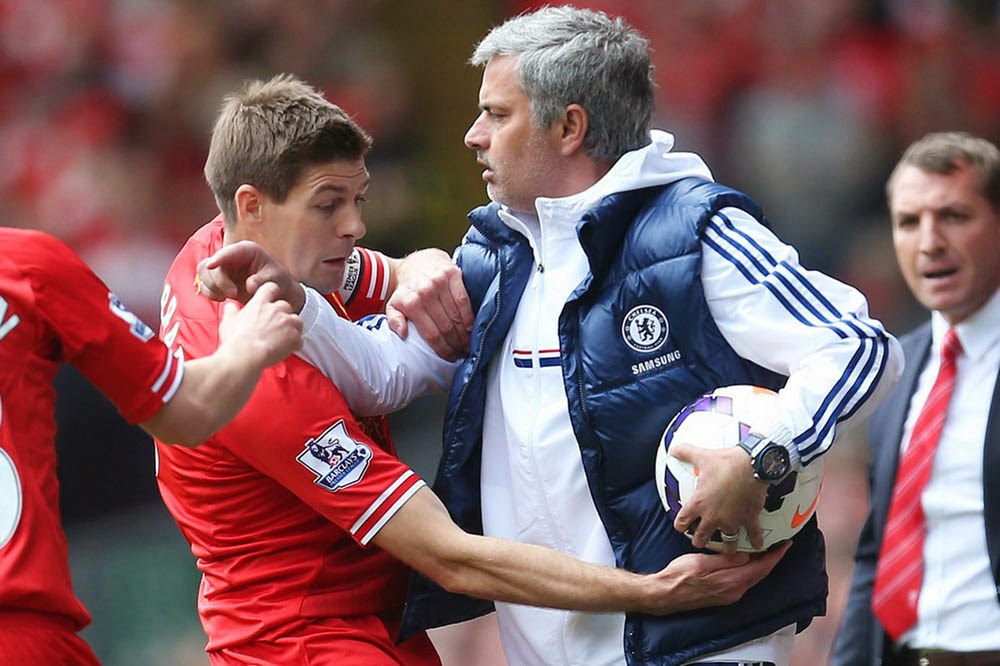 After news of Frenchmen Robert Pires being 'allegedly' punched by opposition coach Antonio Lopez Habas during half-time of a match in the Indian Super League where Pires now plays, we decided to take a look at 5 of the more interesting manager scuffles in recent memory.

Perhaps one of the funnier ones we've seen, Real Madrid head coach Jose Mourinho got himself in the middle of a scuffle that took place between Madrid and Barcelona players by pinching the ear of an opposing staff member. What an odd way to get involved.

Earlier this year Newcastle United manager Alan Pardew made headlines for a headbutt aimed at Hull City's David Meyler. Pardew must have felt the pressure as his team was unable to win in the new year and were struggling against any club they faced. The Newcastle bench boss was fined £100,000 by The Magpies.

Fiorentina's manager Delio Rossi laid into Serbian player Adem Ljajic after the footballer had words for his coach as a result of being substituted. Rossi loss his job as a result of his actions.

After Clough's Nottingham Forest defeated Queens Park Rangers by a score of 5-2, Forest supporters flooded the pitch in celebration. But the winning manager was so disappointed by the fans' actions he decided to show them how he felt by hitting the ones that ran past or beside him.

Former Boca Juniors, Arsenal and Argentina international Nelson Vivas came back to his first professional club in manager capacity in 2013. But after poor results and some heckling from a fan in the stands, Vivas took matter into his own hands, running into the fan area and laying punches onto that same fan that was pointing out the team's misfortunes. Vivas was taken away by police and later quit as manager.