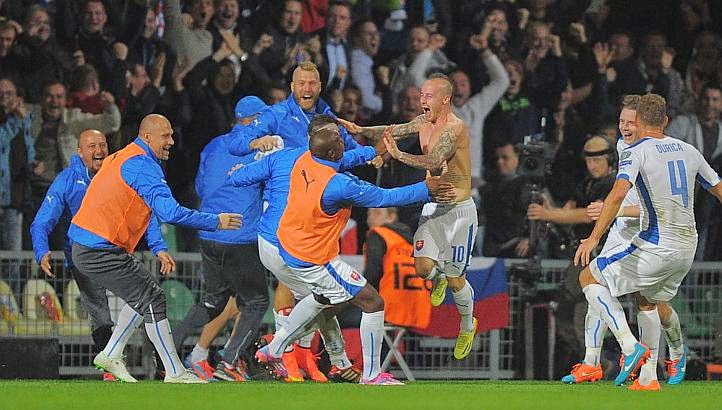 Starting this week on Weekend Recap we bring you the most surprising results from the past few match-days around the world. This week we take a look at some of the huge surprises that shocked football fans tuning into the 2016 Euro qualifying stages.

After their shock 1-0 win over Portugal in their first qualifying match, Albania has now played twice, picking up a total of 4 points from two matches with the group's strongest opposition. A Draw against the Danes have now put the Albanians in a tie for first place with Denmark.

A much tougher match-up than the Russians expected, as the hosts were pushing the Moldovans around, but could not find the net for a long stretch of the meeting. In the 71st minute the Russians got their deserved lead after converting a spot-kick awarded by the referee. But Capello's man were not meant to win on the day it seems, as Moldova put the game level just a minute after Russia's goal, taking advantage of a corner-kick situation.

OK, so it was not quite on the weekend. Nonetheless, this Thursday match between Slovakia and Spain not only was a somewhat of a shock result, but the manner in which it happened makes it a well deserved entry on this list. After taking a surprise lead in the first half, after a miscalculated dive by Spain's keeper Casillas, the Slovaks sat back a bit in hopes of keeping this lead. Their plan worked until the 83rd minute when Francisco Alcacer put the visitors level. But on this day the home side would get their result, and just 4 minutes after Spain's goal Slovakia's Miroslav Stoch put the home side ahead with just 3 minutes remaining to play.

Sitting top of group A, Iceland has now won all of their three matches. None were more impressive than the one this past weekend against this summer's World Cup third place team the Netherlands. Taking advantage of the sloppy Dutch, Iceland scored twice and completed what is their third straight clean-sheet in this qualifying campaign.

After keeping the Germans from the score-sheet in the first half, Poland took advantage in the second to take a 1-0 lead. With 3 minutes to play, the home side put the nail in the World Cup title holders' coffin by scoring their second and securing Poland's first ever win over the Germans with a 2-0 final score.