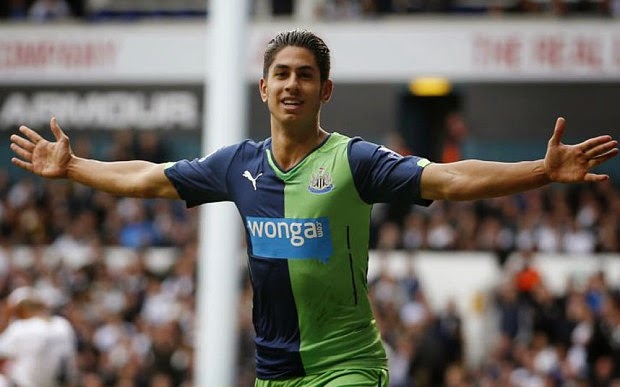 What a weekend for football! Some incredible surprises around Europe in the past 3 days and we take up the 5 we thought were most shocking.

We start with the one that perhaps should not come as a huge surprise, but let's face it, Manchester United have been quite average in the past year or so and this result may just give them the confidence they need. Not even so much the fashion in which The Red Devils snatched a "Fergie-time" winner against league leading Chelsea, but the fact that they had plenty of chances throughout this clash at Old Trafford to actually score a few more. Van Gaal's side did well, and although I believe that Unite faithful went a bit overboard with their celebrations, this could prove to be a crucial result for the home side.

With just 1 win in their first six matches of the season, newly re-branded Istanbul Basaksehir were very unlikely to snatch a decisive win over giants Galatasaray. Although the record may be misleading due to the fact that although they won just once Basaksehir has yet to lose a match, drawing 5 times. Galatasaray on the other hand were going into this match having won 4 times, drawn once and lost just once in their first six games. So when the hosts managed to score twice in each half, including a brace from Brazilian midfielder Marcio Mossoro, the final 4-0 result was surely one of the most surprising around Europe.

Sitting 8 points ahead of Braga, league leading Benfica has yet to lose this year with their six wins and a draw record before this fixture. But the home side were not even thrown out of balance when Benfica took the lead just two minutes from kick-off. Instead, Braga found the net once on either side of half-time to hand the visitors their first loss of the 2014-15 season.

When Newcastle traveled to White Hart Lane they were without a handful of useful players such as Mike Williamson, Papiss Cissé and Cheick Tioté just to name a few. And in what may have been their worst half of the year the Magpies rightfully 1-0 down after the first forty-five. Under pressure bench-boss Alan Pardew decided to make an unprecedented two man substitution at the half putting Sammy Ameobi and Rémy Cabella into the match, and boy did they prove crucial.. Ameobi managed to put the visitors level just 10 seconds into second-half, and Cabella provided the assist as he crossed a perfect ball onto the head of Spanish youngster Ayoze Perez who headed the ball in the net for his first for the club, and the game's winner.

Sitting 5 points behind leaders Chelsea, Manchester City was looking for the win at West Ham to close the gap as the league leaders were looking at a trip to Old Trafford the following day. Instead, the bright start to West Ham's season continued with a massive surprise as Sam Allardyce's side scored once in each half for the surprise win over the defending champions of English football.