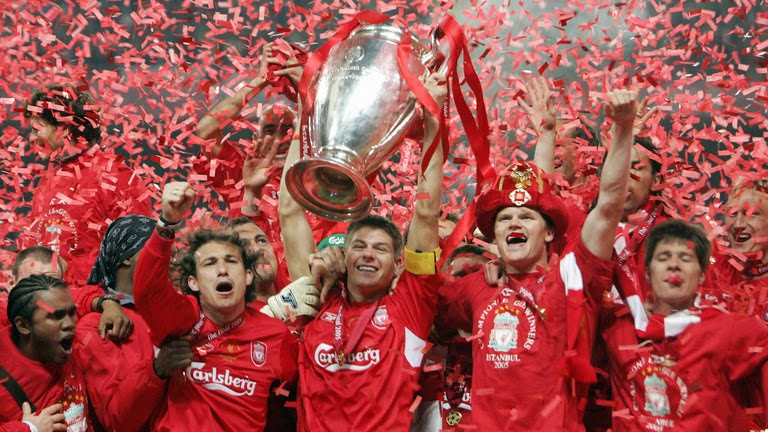 Liverpool were the clear underdogs heading into this match, and when by halftime AC Milan had scored three unanswered goals, this looked to be one of the most lopsided games in the history of the tournament.

Maldini scored only after 57 seconds and Hernan Crespo added two more to give the Italian giants a comfortable lead in what looked to be an easy victory.

Nobody watching the game or perhaps even playing it believed that the trophy would be going anywhere else other than San Siro, with the exception of one man, Steven Gerrard. The Liverpool captain led the fight and got Liverpool on the board with a header shortly after the start of the second half.

Liverpool manager, Rafa Benitez, had made a critical move at halftime, by bringing in midfielder Didi Hamann to cover Kaka and stop the quality balls getting towards the Milan front line. This allowed for Xabi Alonso and Gerrard to have more room in midfield and assert themselves in a position to be able to recover the ball and launch quick attacks.

A minute after Gerrard scored, Vladimir Smicer took a tremendous shot that went low and through Dida’s hands. Only five minutes after that Liverpool had leveled the game. Xabi Alonso scored after Dida saved the initial penalty shot from Alonso. In the span of five or six minutes, Liverpool had done what most had thought to be the impossible, and tied the game at three apiece.

The game ended in a 3-3 draw and the extra time did nothing to change the score line with both teams playing on an empty tank and clearly waiting for penalties to decide their fate, but it was Liverpool’s keeper Jerzy Dudek that would end up being the hero of the game by making two incredible saves in the 117th minute, stopping Shevchenko from giving AC Milan the win.

His heroics continued to the penalty kicks where he saved a penalty kick from Pirlo and Shevchenko to give his team the 3-2 win on penalties and complete one of the most incredible comebacks in football history.