Ivorian international, Gervais Yao Kouassi, better known as Gervinho has been named for the BBC African Footballer of the Year 2014. The current Roma player has been one of the more dynamic and impressive players in 2014 and it was no surprised that his named made the list of nominees for this award.

Gervinho started his career with ASEC Abidjan youth academy in Ivory Coast. That was the place where he earned his nickname of Gervinho. There was a Brazilian coaching working at the academy that gave him the nickname of Gervinho which is a derivation on his real name, Gervais.

During a time of trouble and violence in Ivory Coast, a group of artist wrote a song about Gervinho. When asked about it in an interview he said: “The lyrics said that seeing me lift the French title enabled them to forget their troubles for a while. That was very humbling.”

After joining Arsenal in the Premier League he made his debut against Newcastle United, but it wasn’t the debut he hoped for. He was red carded mid match for slapping Joey Barton. The game ended in 0-0 draw and Gervinho earned himself a three match ban.

He views his time at Arsenal as the worst in his career. He was asked in an interview about what was the worst time of his career and Gervinho said: “I have said that I didn’t feel the coaches at Arsenal had enough confidence in me and I was not given enough time to prove myself on the field. When I did play it was often out of position and as a player you want to play where you can be at your best.” 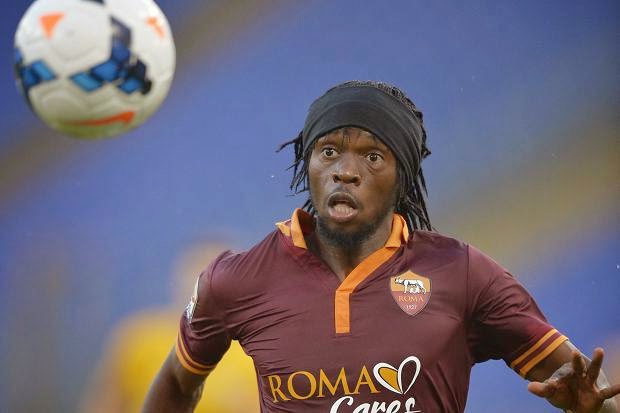