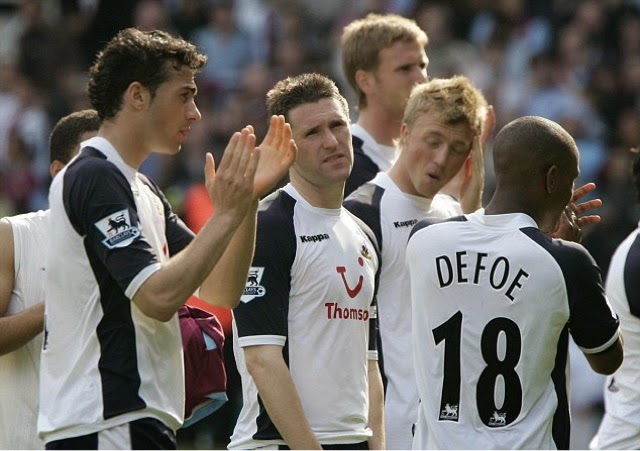 Fans of certain clubs or countries will tell you that the authorities are all against them, and even some managers have been known to don a proverbial tinfoil hat if things don't go their way.


But what if sometimes there are actual dark forces at work shaping results on the pitch and the decisions made off of it?

5 - Did Nike Force Brazil to Play Ronaldo in the 1998 World Cup Final? 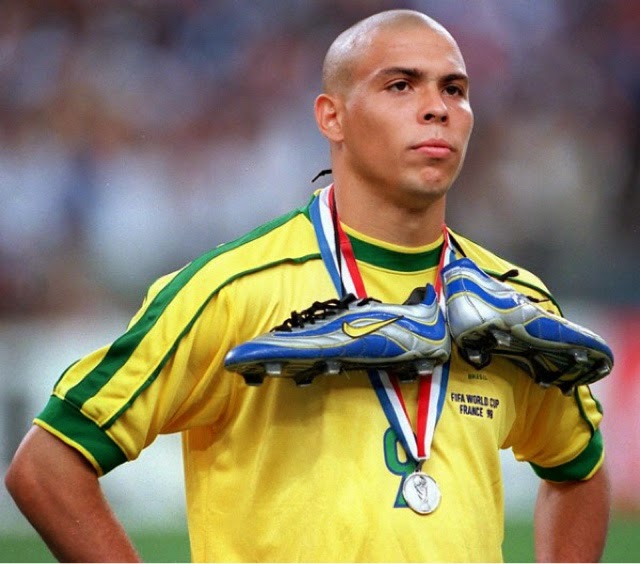 Brazilian striker Ronaldo, the reigning two time FIFA World Player of the Year going into the 1998 World Cup in France, did not disappoint as he led his side to the Final that summer.

However on the morning of their meeting with the hosts, Ronaldo suffered an apparent seizure and was dropped from the starting eleven. Before kickoff though, Brazil's boss Mario Zagallo apparently changed his mind and put 'Il Fenomeno' back into the lineup to face France.

A visibly weakened Ronaldo stumbled around the pitch ineffectively and a Zinedine Zidane led France roared to a 3-0 victory.

Why a clearly unfit Ronaldo was even in the lineup has long been a subject of speculation, with the truth never adequately revealed. One of the most popular rumours, and one that doesn't seem as far fetched as you might think, is that Ronaldo and Brazil's chief sponsor Nike pressured Zagallo to insert Ronaldo into the lineup against the Adidas sponsored French side, that was led by the German company's own poster boy in Zidane.

Seventeen years later we still are waiting to hear the truth on what really happened that day. 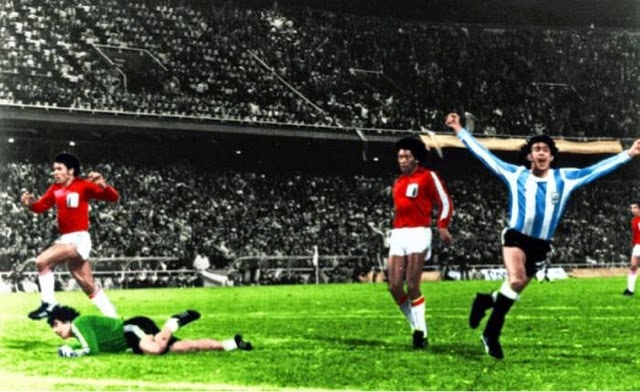 The 1978 World Cup in Argentina was played under a cloud to begin with as the country had been taken over by a brutal military dictatorship called the National Reorganization Process in a military coup two years earlier.

Some of the qualified nations, such as the Netherlands, debated pulling out of the tournament amidst rumours of political opponents of the regime being 'disappeared'.

The tournament went ahead as scheduled, with all of the qualified nations taking part, but there was a lot of grumblings over the schedule as host Argentina played all of their matches at night so they would know the results of their group opponents prior to kicking off.

This would factor in big time at the end of the second group phase, as Argentina kicked off against Peru they knew that to edge rivals Brazil out of a place in the final they would need to win by four clear goals. Peru simply rolled over and were swamped 6-0 by the hosts, who would later go on to beat the Netherlands 3-1 in the Final.

Brazil cried foul and a lot of theories about what actually happened in that notorious Peru match have been floated in the decades since this World Cup. Peru's keeper, who had a shocking match, was born in Argentina which didn't help with the conspiracy theories, there was also rumours that a large grain shipment was sent by Argentina to Peru after the match and that funds were sent to the Peruvian government. Another rumour is that a Colombian drug lord brokered a payoff on behalf of the Argentine dictatorship directly to the Peruvian players.

Whatever the truth of the matter is, the 1978 World Cup will always be viewed as tainted by many observers of the game.

3 - Did the CIA Poison Gordon Banks? 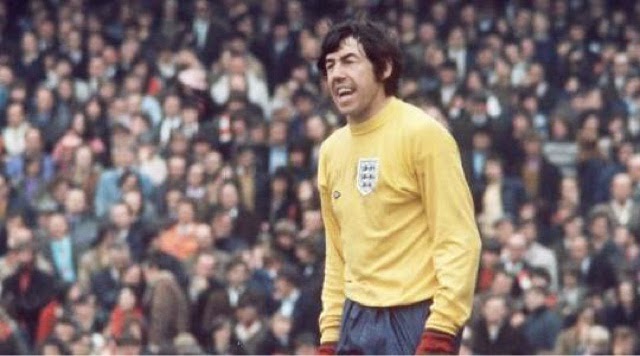 What football fans that are well versed on World Cup history know is that in the lead up to England's Quarter Final with West Germany in the 1970 World Cup in Mexico, the Three Lions star keeper Gordon Banks came down with food poisoning and was unable to take to the pitch in Leon. The fact that Banks' replacement Peter Bonetti let in two howlers on the way to a 3-2 loss to the German's left England's players and fans wondering "what if?".

In the subsequent decades there's been rumblings about the possibility of someone tampering with a drink Banks had with his team at an exclusive club two nights before the match. The fact that no one else in the squad came down with "Montezuma's Revenge", only their most important player, has fueled suggestions that it was a local who spiked his drink. The reigning World Cup champions were seen as arrogant by the Mexican's and the Three Lions prickly manager Sir Alf Ramsay hadn't endeared himself to the local media.

Several players in the England squad have raised the possibility that Banks may have fallen victim to something other than bad luck.

But what if it wasn't a local that slipped something into Banks beer? After the tournament another theory emerged that the CIA were nervously monitoring the political situation in Brazil and thought that a World Cup win, as it often does, would help raise the spirits of the people and they would put revolutionary talk to one side. England, coming into the tournament with arguably a stronger side than the one who had won the World Cup in 1966, were widely expected to meet Brazil in the Final and were seen as the only nation capable of preventing Pele and company from lifting the Jules Rimet trophy. In order to avoid that, the theory is that a CIA operative spiked Banks drink and caused the keeper to miss England's match with the Germans.

This may sound a little like a James Bond story, but then again this is the agency that tried to kill Fidel Castro with an exploding cigar. 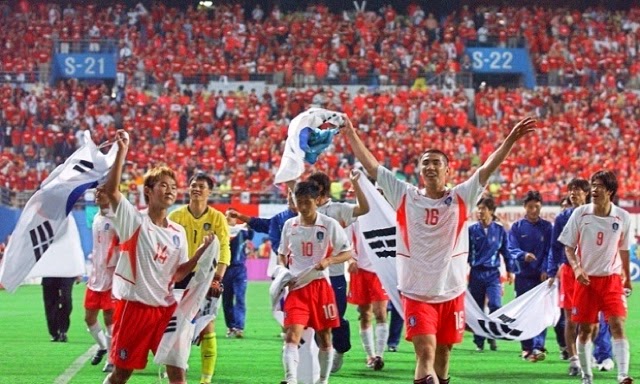 In 2002 the World Cup was held for the first time outside of Europe or the America's, as Japan and South Korea co-hosted the biggest event in world football.

Many neutrals, and of course the hosts themselves, hoped that the two sides could stage a great tournament and also perform well on the pitch to show the progress of Asian football.

Although Japan were disappointingly dumped out of the tournament by Turkey in the Round of 16, South Korea managed to storm through to the Semi-Finals.

Their progress though was not without controversy and, particularly in Italy, rumours persist that the Koreans had a little help in getting as far as they did.

In their second match of the group stage against a strong Portuguese side, South Korea benefited from some questionable refereeing decisions that saw two Portuguese players sent off as the hosts triumphed 1-0.

In the second round against Italy, Ecuadorian referee Byron Moreno, who was later banned for 20 matches in his own country for either a string of bad decisions, or corruption, depending upon your source, wrongly disallowed Damiano Tommasi's Golden Goal match winner for Italy, allowed a string of terrible Korean tackles, and then dubiously sent off Franceso Totti for diving. As Ahn Jung-hwan slammed in a classy winner with three minutes to go in extra time, the Azzurri were left fuming.

Moreno's later troubles with the footballing authorities in his own country and his post retirement conviction for attempting to smuggle 6 kilograms of heroin into JFK in New York in 2010 did little to quell the rumours of his impropriety.

The Spanish were also left unimpressed after they had two perfectly good goals wrongly ruled out for offside in the Quarter-Finals, a match which Korea would win on penalty kicks.

Although South Korea would eventually fall to Germany in the Semi-Final making it that far was viewed as a terrific achievement, but not one without a bit of a controversy around it.

1 - Who Messed With Tottenham's Lasagna? 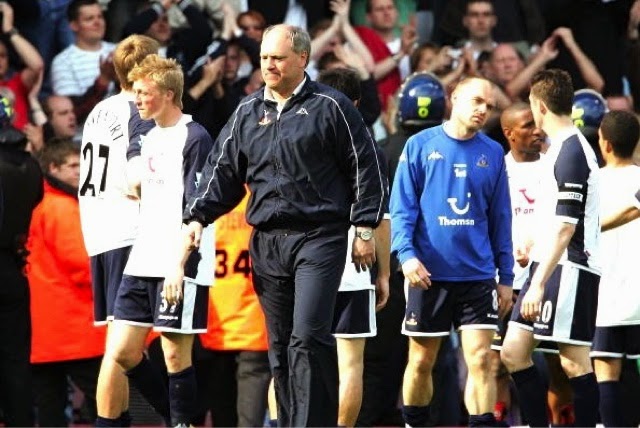 Going into the final weekend of the 2005/2006 season, Tottenham held a single point advantage over rivals Arsenal for the last coveted Champions League spot.

Unfortunately for Spurs, diarrhea reared its ugly and smelly head, thus making a mess of their Champions League dreams, and not to mention their pants. After a lasagna dinner at the team hotel the night before their match with West Ham, ten of Tottenham's players complained of upset stomachs, which hampered then manager Martin Jol's team selection and severely hindered those that were able to take part in the action.

West Ham would go on to beat Spurs, which coupled with an Arsenal win over Wigan, gave the Gunners a spot in the following season's Champions League.

An irate Tottenham side pushed to have their match replayed, but the FA denied their request after the environmental health officers at Tower Hamlets Council found that the Marriott, where they had eaten the notorious lasagna, had no case to answer. The hotel was absolved of any wrongdoing, but Spurs conspiracy theorists weren't convinced that a Gunners fan had not been in the kitchen on that fateful day and derailed their final match of the season.
SHARE SHARE SHARE