Home » any given sunday , footballers , Kickabouts , kicking it » Any Given Sunday: Sunday Warriors

Any Given Sunday: Sunday Warriors

I get up every Sunday morning around 5:30 to go play football with a group of guys. Every Sunday it is pretty much the same group, give or take one or two of the guys that can’t make it due to other commitments in their lives.

I started playing with these guys about five months ago, but they had all been playing for years, so in the beginning it was a bit difficult to break in and find my place. Now, the dynamic is different, I feel like I am one of the guys, well, in part I am.

The skill and ages varies from horrible to the very good, and from the middle aged to the too old to be on the field. That blend of ages and ability adds to the experience of playing the game we all love.

I quickly realized that while most are competitive and play to win, the vast majority really comes out for three other reasons. Stay in shape; hang out with friends, and having fun. That is obvious when an argument breaks out because of a disputed foul or a ball that has gone out of bounds. The guys arguing the play are always the same ones, and funny enough are always the less skilled ones as well but the most competitive.

In the end the majority is able to bring serenity to the situation and the game is able to continue like if a real referee had called the play and asked the players to go on with their game.

When a nice pass is made or a great goal is scored, we all feel like we perhaps had the skill that could have opened the door to a professional contract, had we been given the right opportunities in our youth. We are nothing more than hopeless romantics in love with the beautiful game, because deep inside I think we all know that while pretty good for a Sunday kickabout we could never in our best day played at a professional level. We are just not that good, neither now or never.

Dreaming is not forbidden so for as long as I continue to play I will continue to imagine that the pass I made was in the Champions League final and that the goal was the winning goal in a World Cup final. That is the beauty of the game, it allows us to dream while playing it, and enjoy every minute we are on the field.

In the end we are all winners, after all, we have sacrificed our Sunday morning and the possibility to sleep in to go and play a game of football. Perhaps sacrifice is the wrong word, since everyone there is there willingly and wouldn’t think twice about coming even earlier to get an extra 30 minutes on the field.

Most of us are Sunday warriors, but during that one hour on the field, we are what we had always dreamed we would be, footballers. 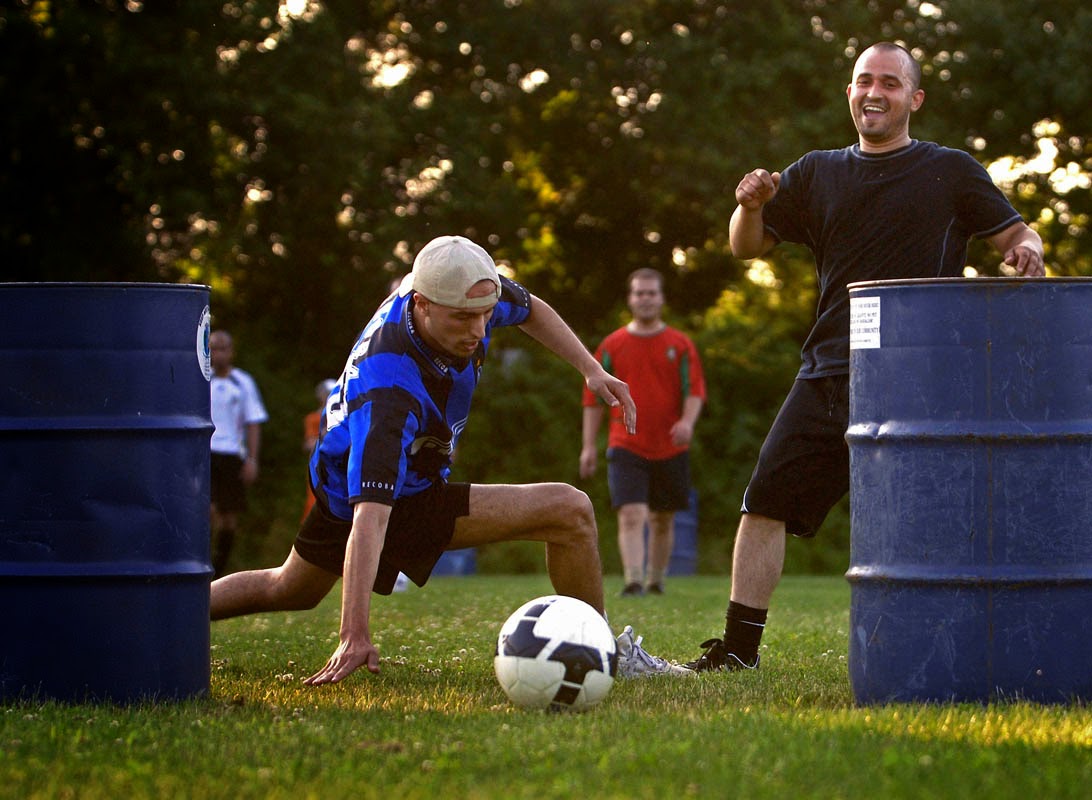