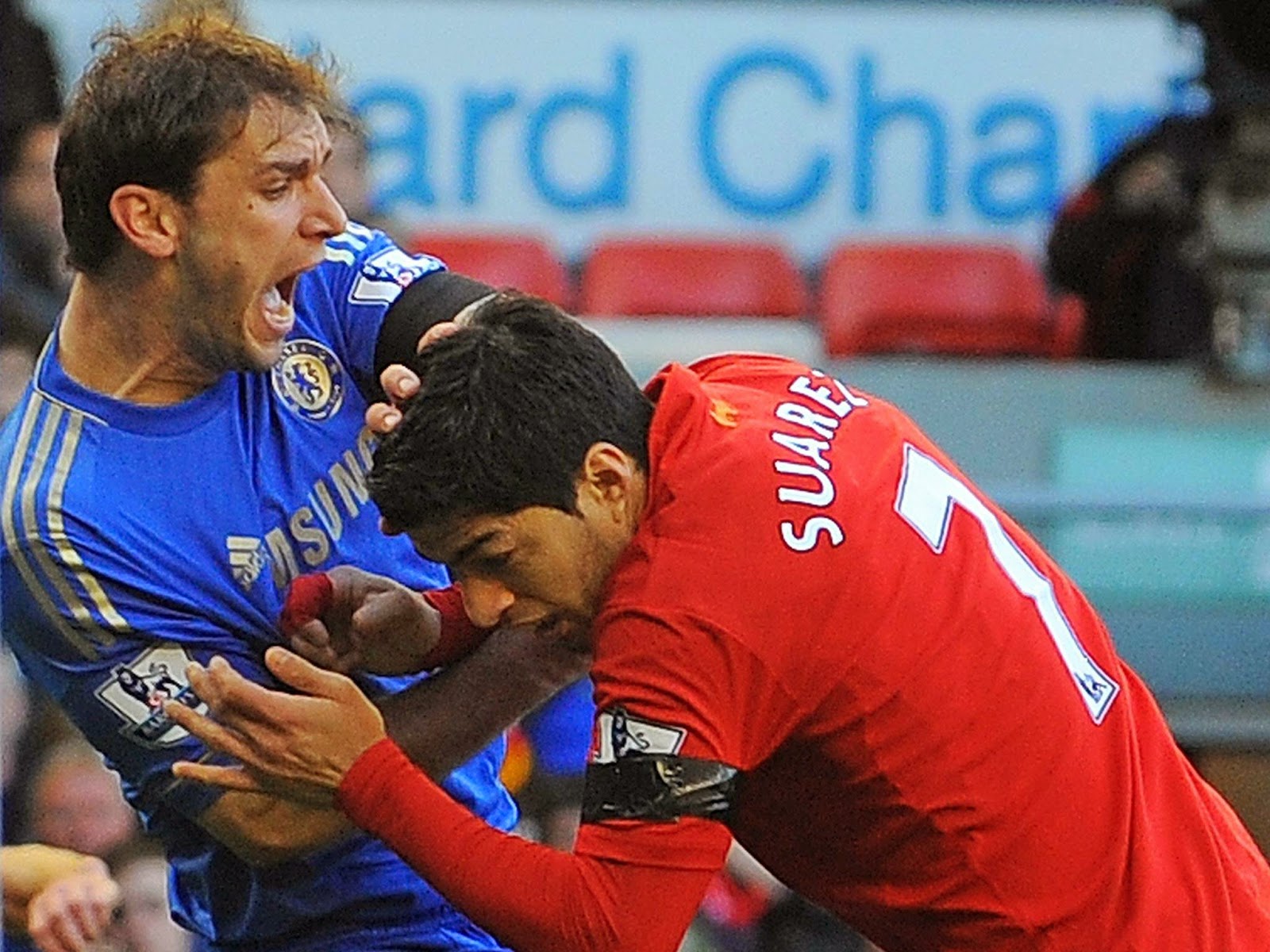 As Liverpool's Steven Gerrard was shown a straight red after only 38 seconds on the pitch against Manchester United on Sunday, it was the latest example of the wildly unexpected moments we've come to love about the English Premier league.

The following are five wacky moments since the start of the Premier League in 1992/1993: 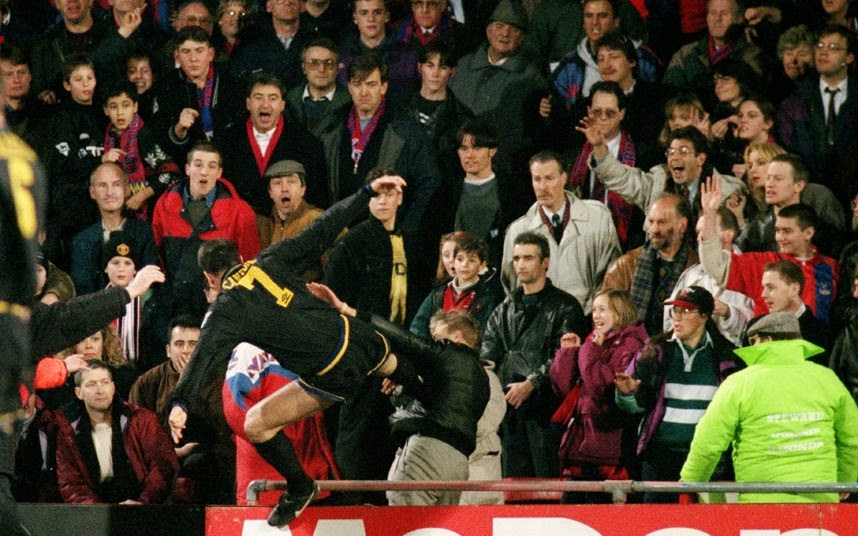 With two time defending champions Manchester United embroiled in a title race with Blackburn Rover in 1994/1995 the Red Devils would be dealt a massive blow in late January when they lost their talismanic striker Eric Cantona to a long term suspension.

After seeing red against Crystal Palace at Selhurst Park, as the Frenchman made his way towards the players tunnel, Cantona was on the end of a stream of abuse from Palace fan Matthew Simmons. Simmons, who allegedly racially abused Cantona, didn't know what hit him though as the United player launched into his chest with a 'kung-fu' kick and a flurry of punches.

Cantona was suspended for eight months and United were pipped to the title by Blackburn on the final day of the season. 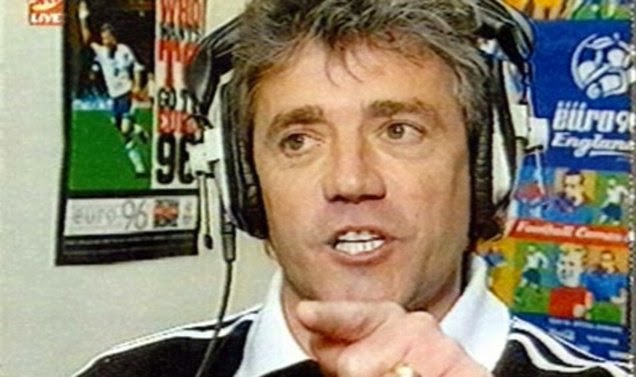 Newcastle United under manager Kevin Keegan had enjoyed a renaissance in the mid-1990's, as he led the club back to the top flight and after two seasons of consolidating their position in Premier League they were primed for an assault on the title in 1995/1996.

Playing some thrilling attacking football, the club at one point held a twelve point lead in the title race and seemed odds on to win their first league championship since 1926/1927.

However a young Manchester United side, galvanized by Eric Cantona, who had returned from his previously mentioned suspension, surged past them in the table and with Sir Alex Ferguson playing his famous mind games on his rival manager, the pressure began to tell on Keegan.

During a post match interview towards the tail end of the season, Keegan unleashed the following famous rant in response to Ferguson's opinion that club's wouldn't be trying as hard against Newcastle as they would against Manchester United:

"When you do that with footballers like he said about Leeds, and when you do things like that about a man like Stuart Pearce - I've kept really quiet, but I'll tell you something, he went down in my estimation when he said that - we have not resorted to that. But I'll tell ya - you can tell him now if you're watching it - we're still fighting for this title, and he's got to go to Middlesbrough and get something, and... and I tell you honestly, I will love it if we beat them, love it!"

Manchester United would go on to win the league on the last day of the season. 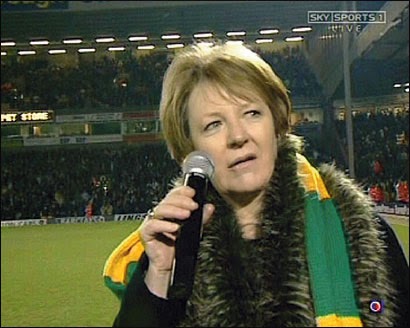 For those unfamiliar with Delia Smith, the Norwich City co-owner is a famous British celebrity chef who has sold over 21 million cookbooks and presented numerous television shows on cooking during her long career. If you like to dabble in the kitchen, I'd actually suggest looking up a few of her recipes as she's got a few great dishes in her arsenal.

Anyhow, on the football side of things she's most famous for an epic rant in February 2005 during half time of a Norwich home match against Manchester City. With her club in a relegation fight, an inebriated looking Smith made her way down to the pitch, grabbed the microphone and said the following:

If I owned a football club, I'd probably do this every other week if I'm being honest. Despite Delia's encouragement Norwich lost the match 3-2 and were relegated at the end of the season. 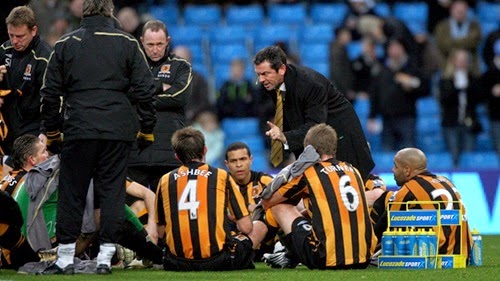 As his newly promoted Hull City side struggled through an awful first half against Manchester City in December 2008, manager Phil Brown resorted to desperate measures.

Brown, feeling the players weren't putting in enough effort, conducted his half time team talk on the pitch in front of the where the Hull supporters were sitting.

The furious Hull boss tore into his side, who were two down at the time, for three minutes in front of puzzled travelling supporters.

Brown, who would just about manage to keep Hull in the Premier League at the end of that season, had this to say of his team talk:

"It was unacceptable behaviour, an unacceptable performance from a Phil Brown side and I am bitterly disappointed."

[On his on-field half-time talk]: "I thought it was nice and cold and I thought I would keep the boys alive because they looked as if they were dead.

"Our 4,000 travelling fans deserved some kind of explanation for the first-half performance and it was difficult for me to do that from the confines of a changing room.

"We owed them an apology for the first-half performance." 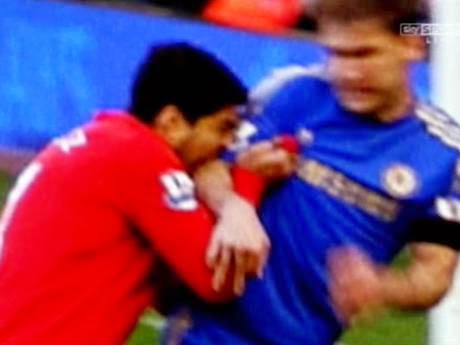 Biting an opponent once is awful, but we all make mistakes. But having three instances of biting in your career, sandwiched around a charge of racially abusing a fellow professional, doesn't mark you out as being a role model for young fans. After receiving a ban for biting an opponent when playing for Ajax, Luis Suarez's second instance of biting another player came towards the end of a 2-2 draw between his Liverpool side and Chelsea in April 2013 when he sank his gnashers into Branislav Ivanović.

The player was suspended for ten matches, but would later return in some style as he almost carried the Anfield club to the title the following season.

Unfortunately, he followed that up by biting Italy's Giorgio Chiellini during a first round match at the 2014 World Cup while playing for Uruguay. Some people never learn.
SHARE SHARE SHARE