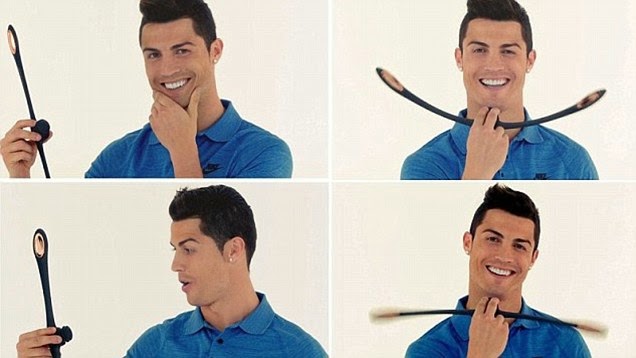 Time and time again we come across athletes promoting products such as energy drinks, sports gear and events. But while that is somewhat cool what's even better is athletes who couldn't put their greed for a quick buck aside and went ahead with endorsing products that are odd, funny or simply should not be promoted by sports figures. Here are my five favorites.

This one speaks for itself. In our household we call KFC "dirty bird" because, well, it's the epitome of unhealthy, American, deep-fried fast-food. While an athlete like Cristiano Ronaldo may be able to burn the nasty calories associated with a bucket of this deep-fried, hormone infused meal, I'm pretty sure that not many footballers would be caught at a KFC drive-thru between practices. 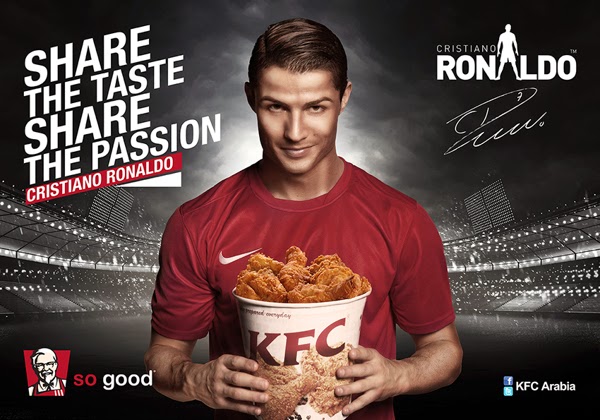 After missing "that" penalty-kick during the 1996 Euros Southgate joined fellow PK missing teammates Pearce and Waddle in this Pizza Hut commercial. Perhaps pizza is not as unhealthy as Ronaldo's KFC, but did the marketing team really think that hiring someone with Southgate's predominant "mouth features" would make their product seem appetizing? But you gotta love the slogan: "Pizza Hut pizza, it always hits the spot".

While there is nothing wrong with an athlete promoting protected sex, when Ronaldinho launched his own brand of Condoms it was the product's name that made headlines more than the item itself. Whoever thought "Sex Free" was a great name for a product used specifically during the act of sexual intercourse must have been a very lonely man, perhaps even using these latex products for something other than what they are meant for.

I don't even know where to begin with this one. Former Tottenham Hotspur and Arsenal goalkeeper Pat Jennings did this bit for Unipar Oil Filters (while with the Spurs) in which he is dressed as a filter and is blocking dirt from getting into his goal. I understand the comparison, however, even the best of goalkeepers let a few in here and there. Plus, this advert is just ridiculous.

"What the f**k" was my initial reaction when I saw this for the very first time. But just like many athletes before him, Ronaldo was somehow sucked into doing a weird advert for Japanes television (and by "somehow" I mean lots and lots of cash for a very small gig). PAO is a product that supposedly exercises your mouth and Ronaldo along with the other actors are trying very hard to make it seem fun, although he never once uses the actual device during the ad. Really, it just looks like they are blowing a very small helicopter, but perhaps that's what you have to do if you are Cristiano in order to take down a big bowl of KFC chicken afterwards.