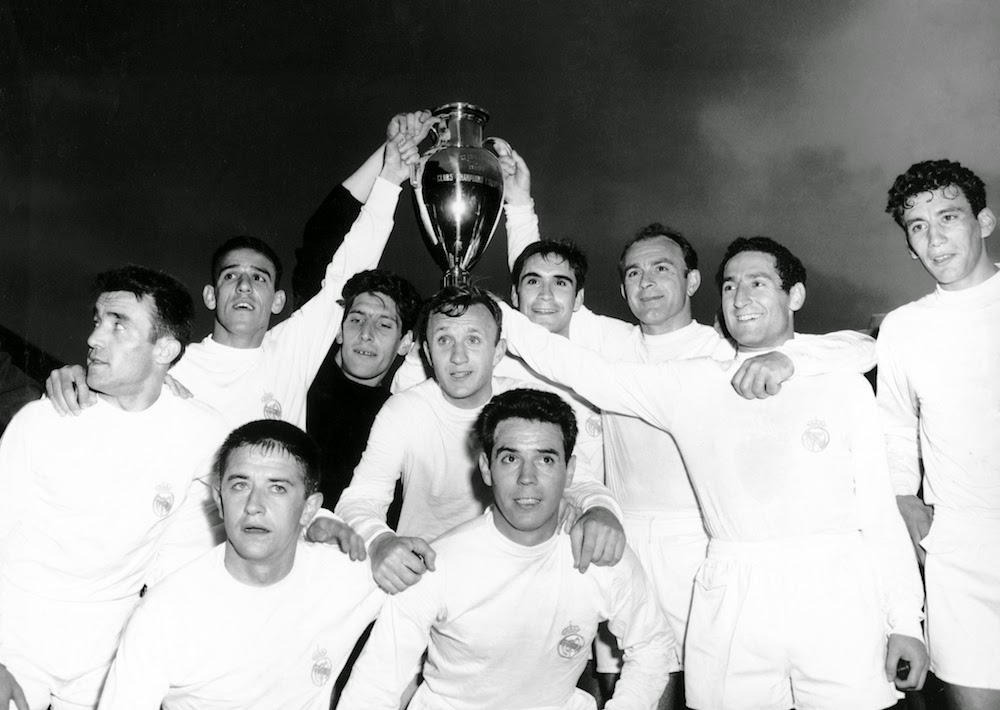 Real Madrid was the most dominant club in Europe, having won 4 straight European Cups to get this new competition underway they were clearly the team to beat in Europe.

It wasn’t a surprise that they reached the 5th straight final and were looking at making five straight title wins. Their opponent was Eintracht Frankfurt from Germany, and the place was Hampden Park in Glasgow.

A crowd of 134,000 people that included a young Sir Alex Ferguson, then an 18 year old center forward playing for Queen’s Park. They were treated to an incredible game where Di Stefano and Puskas showed all of their class and talent. Puskas and Di Stefano were at the peak of their game, and were the two best players playing in Europe at that time, and they used this game to show it to everyone. Supported by Jose Santamaria, Francisco Gento and Luis Del Sol, Real Madrid had an ensemble of stars that Eintracht Frankfurt would not be able to match.

Having said that and looking at the final score of 7-3 for Real Madrid, one would think that the German side was weak and out of their depth. Sure they didn’t have the talent that Real Madrid had, but they were not a push over. They had put twelve goals past Scottish champions Rangers in the semi-finals and were the first ones to score in the final.

That goal did nothing more than poke the bear and it was the wakeup call that Di Stefano needed to get the game turn around quickly. He would score two goals in the first half to give a 2-1 lead to Real Madrid at halftime.

Puskas was not going to be outdone by Di Stefano, and he scored four goals in the second half to surpass Di Stefano who ended up with a hat trick. Incredible performances from these two geniuses had Real Madrid leading 7-1 after 71 minutes. Eintracht Frankfurt would score two goals by Erwin Stein to make the score line 7-3 in the final.

This was Puskas and Di Stefano’s night, the duo had four and three goals respectively and dominated the game from beginning to end. They showed the world their incredible class and ability, and gave Real Madrid their fifth consecutive European Cup in five editions of the competition.