Four of the Most Violent Matches in Football History 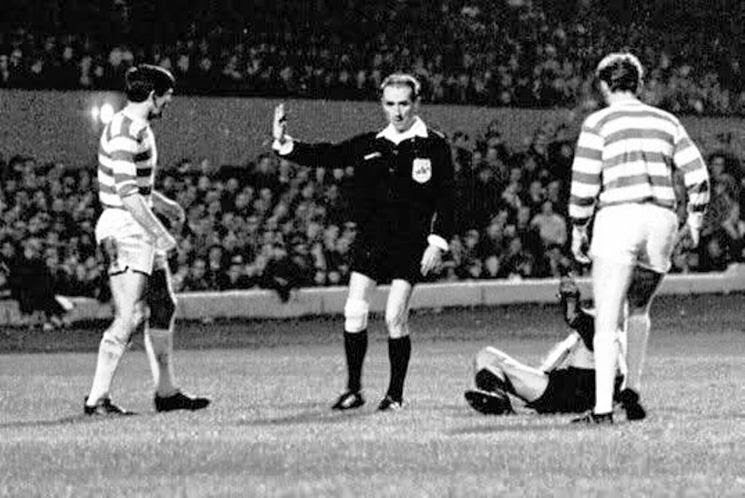 The British phrase 'handbags at ten paces' describes a situation where there's a confrontation, but little to no actual violence.


It's often used by football commentators when there's a coming together between a few players on the pitch, and let's face it most meltdowns in football simply consist of a little pushing and shoving, with some bad language.

But every so often there's a bust up between two sides that isn't 'handbags' but actual violence. The following are four of the most notoriously violent matches in football history:

The Battle of Highbury 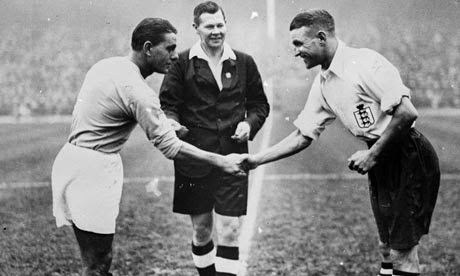 In the summer of 1934 in the midst of a highly politicized World Cup hosted by Benito Mussolini's Italy, the host nation won their first world title.

However, thanks to a dispute with FIFA the British Nations did not take part in the finals. So in November a high profile friendly was arranged between the World Champions and the country that still considered themselves to be the best in the world at that time, England. The venue was Highbury Stadium in North London.

Viewing a victory over England as being important for his country's sporting image, Mussolini offered each of the Italian players an Alfa Romeo car and £150 cash if they were victorious.

In only the second minute the Italian Centre Half Luis Monti had his foot broken thanks to a heavy tackle by England's Ted Drake and a furious Italian squad subsequently responded by kicking or elbowing the home side's players at every opportunity.

England's Eric Brook had his arm fractured, Eddie Hapgood's nose was broken and Cliff Britton's ankle suffered damage. No shrinking violets themselves England, led by Arsenal hard man Wilf Copping, responded with violence themselves, on the way to an ill-tempered 3-2 win for the hosts.

The Battle of Santiago 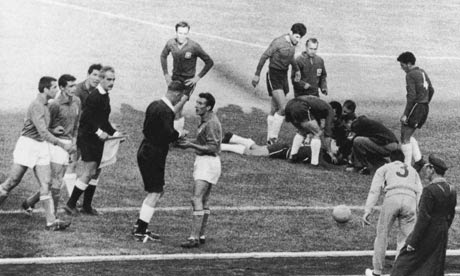 After the Italian media proclaimed that Santiago was a Third World slum of a city filled with prostitutes and illiterate drunks the Azzurri were not exactly welcomed with open arms by the 1962 World Cup's host nation.

With English referee Ken Aston struggling to maintain control of a vicious encounter from the kickoff, the Chileans tore into the Italians with gusto. The European side retaliated as things spiralled out of control.

After a series of dirty tackles and sly digs by both sides Chile's Leonel Sanchez punched Humberto Maschio in the face, breaking his nose, but escaped punishment.

Giorgio Ferrini, in a wild attempt to avenge his teammate, was dismissed for a kick at Landa. It would take police escort to get him to leave the field after arguing with Aston for 10 minutes. Martio David was then sent off for attempting to kick Sanchez in the head.

A nine man Italy would fall 2-0 to Chile, in a match widely considered to be the most violent in the history of the World Cup.

The Battle of Montevideo 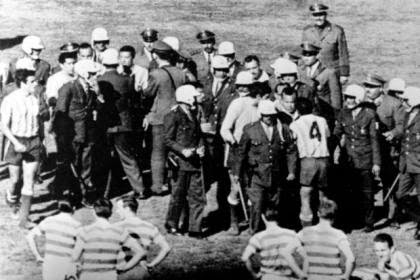 When European Cup holders Celtic took on the top side in South America, Argentina's Racing Club, for the Intercontinental Cup across two legs, they would get first hand experience as to why the Buenos Aires club had such a fearsome reputation.

After a rough first leg in Scotland won 1-0 by Celtic, keeper Ronnie Simpson had to be replaced before the second leg in Argentina had even started after being hit in the head by a lump of metal thrown from the stands. Racing would win this bruising encounter 2-1 which, in the absence of an away goals rule, necessitated a playoff in neutral site.

With the third match between the sides to be played in Montevideo, Uruguay the rough play exhibited by the Argentine's so far was wearing thin on the Glaswegian side.

Backed by a Uruguayan crowd cheering on Celtic against their traditional enemy, the Scots tore into Racing, who responded with some rough stuff of their own.

Celtic would have two men sent off in the first half, and a third in Bertie Auld in the second who simply refused to leave the pitch and played on. Racing themselves had two men dismissed, and Celtic's Tommy Gemmell really should have gone as well after kicking a Racing player straight in the balls.

Eventually Racing would triumph 1-0, but an irate crowd rained debris down from the stands on them, and it would require an armed escort to get them off the pitch and out of the stadium safely. 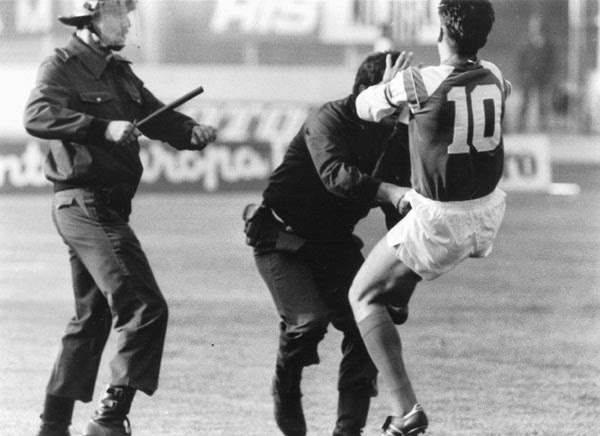 With multi-party elections held for the first time in Yugoslavia in 1990 and Communism being ousted, the wheels were in motion for Croatia to separate and form their own nation state. In the middle of all of these winds of political change, bitter rivals Dinamo Zagreb and Red Star Belgrade faced each other in a late season clash.

Fighting in the streets between Dinamo (Bad Blue Boys) and Red Star's (Delije) hooligans preceded the match and it continued on in the stands, and then on the pitch.

In the middle of the fighting Dinamo captain Zvonimir Boban kicked a police officer who was attacking a fan and was later proclaimed as a Croatian hero.