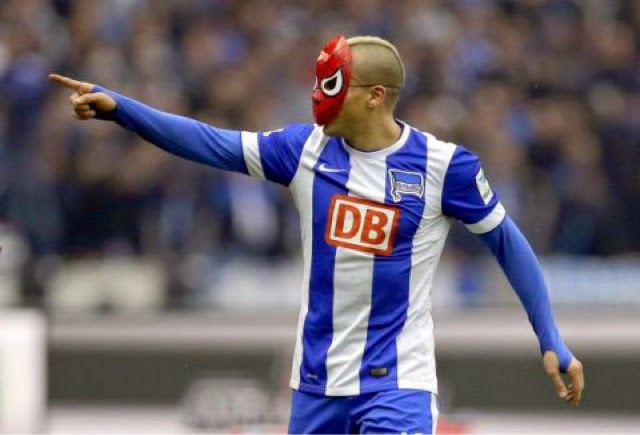 As he put away Hertha BSC's first goal against Schalke 04 this past weekend, midfielder Anis Ben-Hatira had only one thing in mind: donning a Spider-Man mask as a shout out to a young fan suffering from cancer.

Coming only a week after the Bundesliga implemented a new rule banning players from donning masks to celebrate goals, Ben-Hatira chose to ignore the certainty of a yellow card and acknowledge Yannik, an eight-year-old Hertha fan who has been fighting Leukemia in hospital. 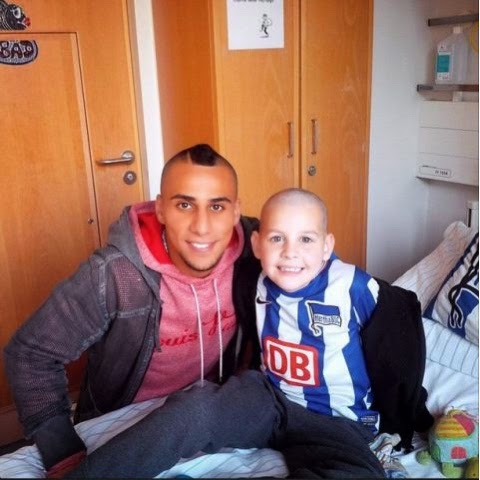 After learning of the youngster's illness, and taking the time to visit him in hospital recently, Ben-Hatira had posted the following on Social Media:

"We decided to fight against his illness together. In such moments I realize: a healthy person has 1000 desires. A sick person just one.

“Cute guy: you promised me to recover and I promised to stay on your side while the chemotherapy.

“I will visit you regularly. In less than 6 months we will stand in front of the fans in the Olympic stadium and celebrate your recovery!”

While visiting the young fan, the Hertha midfielder had worn a Spider-Man masked as the two had joked around for pictures displayed on Ben-Hatira's Instagram account.

Sure enough after scoring against Schalke, the player ran over to the sidelines to retrieve the mask of the wall crawling Marvel comic book hero and put it on to honour young Yannik.

Despite his yellow card it was a touching act or kindness from the player.

As luck would have it, Yannik was well enough to be in attendance at the match and later joined Ben-Hatira on a lap of honour in front of 60,000 cheering supporters at the Olympiastadion.

The match between Hertha and Schalke ended 2-2, but some days the final result of a match isn't the most important thing and this was one of those days.
SHARE SHARE SHARE