New Balance is Ready to Take Over Football 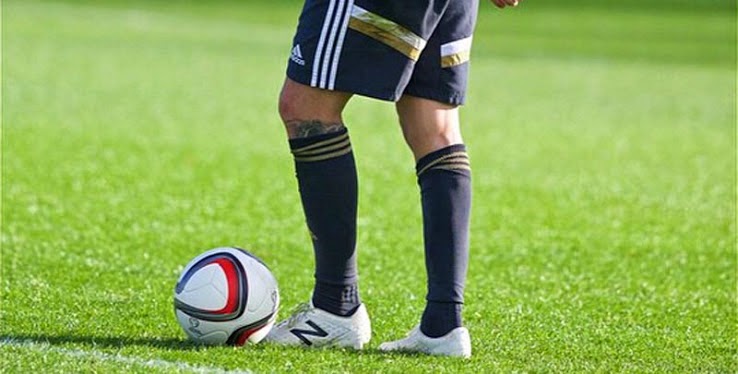 OK, so I don't really know how much "taking over" New Balance will be able to achieve competing against brands such as Nike, Adidas and Puma, nonetheless, the parent company of Warrior Football is ready to put its name out there and attempt to compete with the big boys.

First, it was next season's leaked kit of Liverpool that made headlines around the internet and now snapshots of Welsh international and Arsenal midfielder Aaron Ramsey practicing in white boots with a big letter "N" logo on them.

This could only mean one thing, New Balance are ready to release their first ever football boot, a market they have never attempted to insert themselves in previously.

New Balance's reputation in the running/jogging footwear is fantastic. While their design could definitely improve, comfort seems to take precedent with the company's products. Perhaps New Balance's new venture could not only be a positive one for the manufacturer, but for footballers as well, since most of the attention in the industry seems to be going towards the flash and colorful designs currently.

As of right now the first New Balance football boots are due to be released later this year or early in 2015. All football kits that Warrior manufactures will be re-branded to New Balance starting next season.