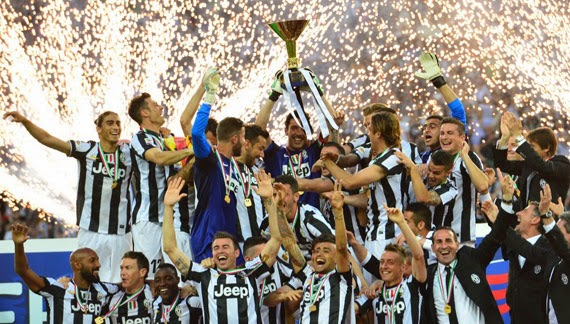 Juventus is one of the most historic Italian teams of all time.

If you don’t believe me ask any Juventus fan and they will be sure to agree with that statement. I always wanted to see who would the best starting XI of the last 20 years, so I survey the biggest Juventus fan I know and after much deliberation this is his list that we came up with. 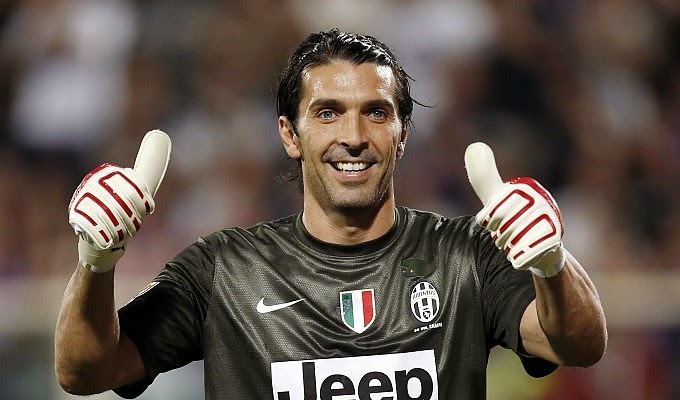 The World's Most Expensive Goalkeeper, Buffon moved from Parma to Juventus in 2001 for 45 Million Euro, a record that stands today. Since then, Buffon has only gone on to become the best keeper of this generation. BUffon has an impressive trophy cabinet that includes 5 Serie A Championships, Domestic Cups, and several individual honours. Currently the Captain of Club and Country, "Gigi" is now 36 and closing in on 400 appearances for Juve, but sill puts in performances worthy of his nickname "Superman". 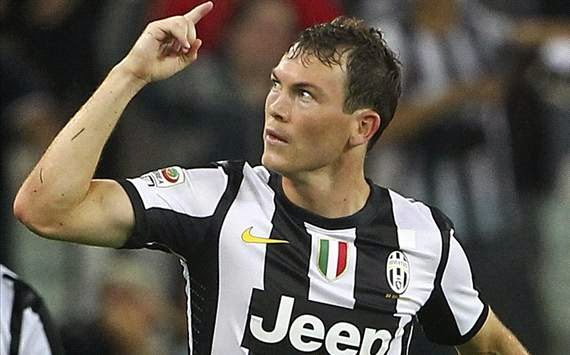 Arriving from Lazio in 2011, Lichtsteiner is an integral part of Juve's current dominance of Serie A. Blessed with good pace and incredible energy, he has earned the name "Forrest Gump". Whipping in a great cross or scoring the occasional goal, Lichtsteiner provides many assets in attack and defense. Closing in on 100 appearances. 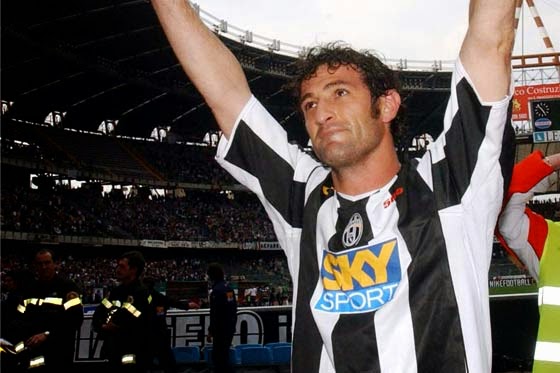 A rock at central defense for 10 years with the great Juve teams of the late 90's and early in the new Millenium, forming great partnerships at Centre Back over the years with the likes of Lilian Thuram, Igor Tudor, and Fabio Cannavaro. Ferrara won the Champions League in 1996 and Serie A titles in 1995, 1997, 1998, 2002, 2003, and 2005. He also went on to have a coaching stint with Juventus in 2010, though it did not go as well as his time as a player. 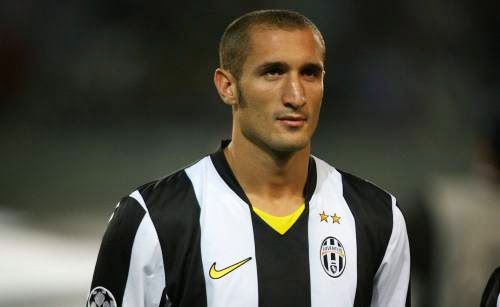 A throwback to the hard-nosed defensive style of days past, Chiellini is never one to shy away from a challenge. "King Kong" has anchored the Juve backline since their return from Serie B and the "Calciopoli" scandal of 2006, helping to bring back Juve's trademark tough defense. Among other team honours, he was a huge part of the "Invincibles" team from the 2011/2012 season, including a defense which only conceded 20 goals, lowest ever in Serie A's 38 game schedule. He can also score too, finding the net 31 times in all competitions since first featuring for Juve in 2005. 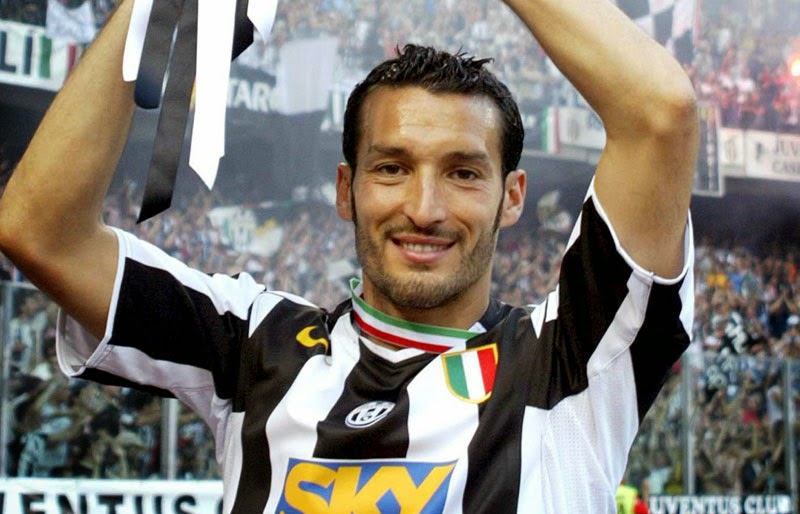 Arriving from Bari in 1999, Zambrotta was later converted to a Left Back by then-coach Marcello Lippi, and went on to play both the Right and Left for the great Juve sides of the early 2000's. In 7 seasons with the Old Lady, Zambrotta won 2 Scudettos and 2 Italian Super Cups. 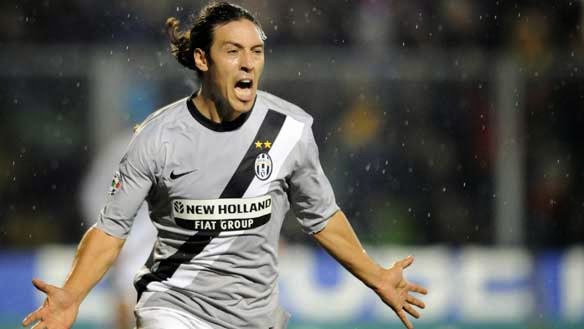 A player who was perhaps never truly appreciated in the Penninsula due to his status as an "Oriundo", a member of the National Team born outside of Italy, Camoranesi nevertheless had some great years at Juventus. Skillful on the ball, Camoranesi always relished the opportunity to dribble past a defender, and also scored 27 goals through 8 seasons. Part of 3 Scudetto winning teams (2 revoked from Calciopoli). 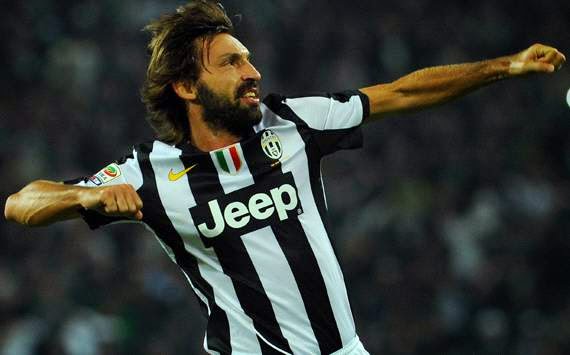 "The Architect" has undergone a career renaissance since joining the Bianconeri in 2011, and has pulled the strings in the offence. A sublime passer of the ball, Pirlo has vision like no other currently playing. He is also deadly from set pieces, scoring 12 times in only 3 seasons, with mostly all coming from free kicks. Winner of 3 Serie A titles from 2012 through 2014. Class personified. 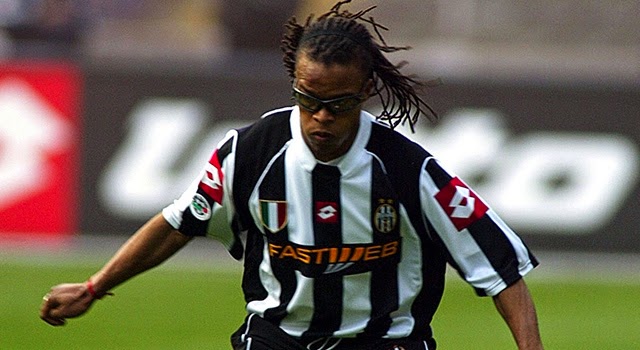 The perfect foil to Pirlo's class on this best XI, Davids provided non stop energy and toughness to Juventus from 1997 to 2004. Easily identified by his long dreadlocks and protective goggles needed for glaucoma, he was described by Marcello Lippi as "My one-man engine room" and nicknamed "The Pitbull" for his marking ability. Davids won Serie A titles in 1998, 2002, and 2003. 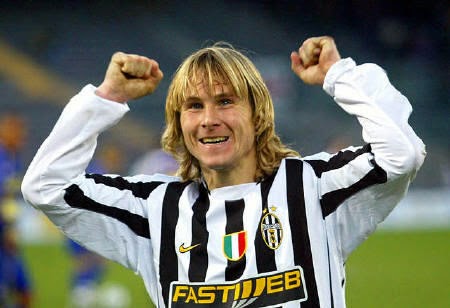 Nedved came to Juve from Lazio in 2001, with the responsibility of filling the vacancy left by Zinedine Zidane. Nedved went on to become a club legend with Juventus, winning the 2003 Ballon d'Or as a member of the team, and leading them to an inspirational run to the Champions League final. Nedved is most remembered by Juve supporters for his incredible performance that year in the Semi-Finals versus Real Madrid. Though a red card in the second leg of that tie meant that he would miss the Final, which Juve lost. A tireless worker, Nedved won Serie A in 2002 and 2003. Nedved is still with the club as a member of Juventus' Board of Directors. 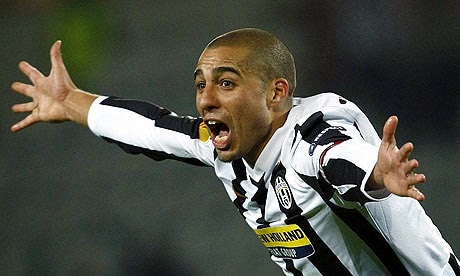 Trezeguet arrived at Juve in 2000 having just given France the Euro title over Italy. However, "Treze-gol", as he was known to the Juve faithful, quickly repaid them. He scored 24 goals in his second season with Juve, winning Serie A Top Scorer, and 138 goals in 245 Serie A games. Trezeguet collected Serie A titles in 2002 and 2003, and will be forever in the hearts of supporters for sticking with the team through their demotion to Serie B, along with the likes of club legends Buffon & Nedved. 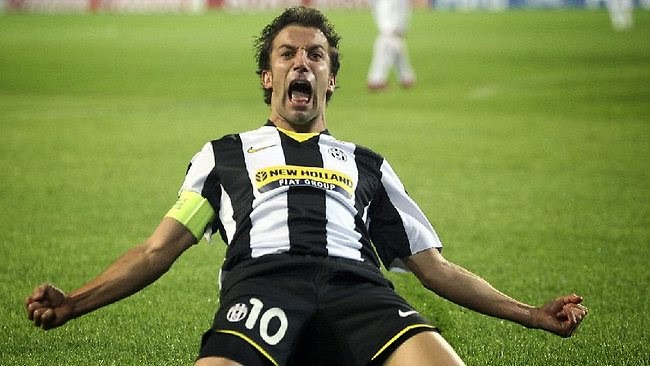 Wore the Number 10 shirt like a second-skin, Del Piero arrived in 1993 from Padova as a 17 year old, and went on to spend 20 years with Juventus. Dubbed by former Club President Gianni Agnelli as "Il Pinturicchio", a reference to the Renaissance artist, and as at the time, Del Piero was "understudy" to the legendary Roby Baggio. Of course, Del Piero became a legend in his own right, scoring 290 times in an incredible 705 games across all competitions. Many of those came from his trademark "Gol alla Del Piero"; by cutting in from the left side at the top of the box, and curling the ball into the far corner. Del Piero won a Champions League in 1996 and Serie A titles in 1995, 1997, 1998, 2002, and 2003. He closed his Juve career by Captaining the "Invincibles" side of 2012 to one last Scudetto. Del Piero left Juventus as their all time leader in goals with 290 (186 in open play, 62 penalties, 42 free kicks), and minutes played with 48,363. When it comes to modern-era, Del Piero quite simply IS Juventus.
SHARE SHARE SHARE