After Macron announced that 1860 München would be the first German club team to have their kits done by the Italian company, the announcement earlier this week that there would be another German side joining the fold shouldn't come as a surprise.

1.FC Union Berlin, announced that their new kit supplier will also be Macron. This gives Macron an entry level partnership to the German market. Both teams are currently playing in the 2nd division but Macron is looking at these deals as stepping stones into a very profitable market in which they didn’t have any presence.

The deal between FC Union Berlin and Macron is a five year deal that will start in the 2015-16 season and end in 2020.

"Macron is a new and very interesting partner for us, who has proven across Europe to know the individual traditions and needs of each club and to include them in the kit designs. We are proud to partner with Macron on its way to German football and are looking forward to creative collaborations and exclusive shirt designs.", said Union Berlin club president Dirk Zingler.

Macron is looking at expending their reach and the move into the German market is one that will open doors to bigger possibilities. 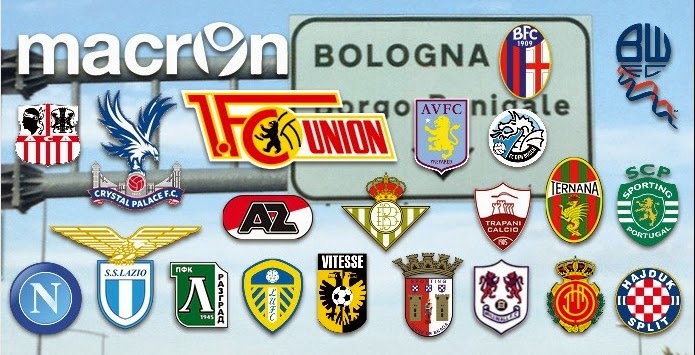