Weekend Recap - 3 Own-Goals That Made the Difference 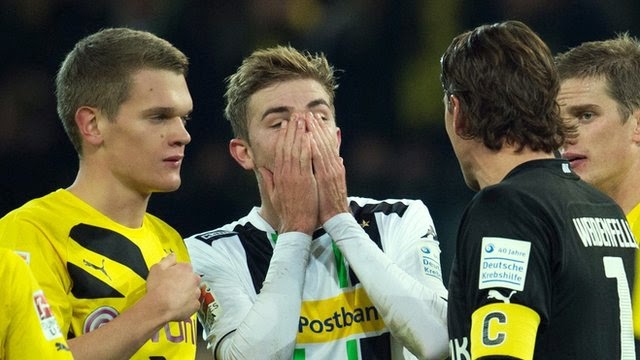 Three own-goals influenced the final score of their respective matches this past weekend in the major European leagues. We take a look at these unfortunate circumstances from Italy, England and one incredible own-goal from the German Bundesliga.

Playing host to high-flying Genoa, Luca Rossettini's Cagliari side took what seemed as a surprise 1-0 lead early in the first half. But the 29 year old defender would gift the guests the leveling goal in the 53rd minute after stretching his leg to put the ball in the back of his own net. To make matters even worse, his Brazilian teammate Danilo Avelar would go on to miss a penalty-kick that could have given the hosts an unlikely win.

Although on the road, Manchester City were looking to bounce back from their recent sub-par form with a meeting with the Rangers in London. But after having to equalize already once in the match, QPR would go on to take another lead, this time 2-1 thanks to City's defender Martin Demichelis's own goal in the 76th minute. Although Sergio Aguero would go on to tie tha game up at 2-2 late in the match, a draw against QPR is not exactly how a power-house such as Manchester City bounce back from a slump.

Sitting at opposite ends of the German Bundesliga, Dortmund has had a miserable start to their season finding themselves in the relegation zone before their match-up with the so far very surprising Borussia Mönchengladbach side. But in a match where neither team was able to break the deadlock on their own, visiting defending midfielder and German international Christoph Kramer would produce one of the most bizarre and astonishing own-goals ever seen; a goal that would go on to be the only one of the match to give the hosts the 1-0 win.