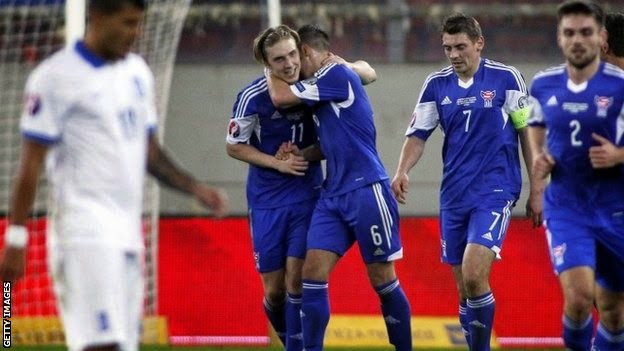 The Faroe Islands national football team has rarely enjoyed any kind of success in competitive matches. But this past weekend, that has changed thanks to one goal, and an awful opposition that in 2004 called themselves the champions of Europe after claiming the title in the Euros hosted in Portugal.

Playing at the Georgios Karaiskakis Stadium in Piraeus, a stadium that could quite literally fit 65% of the entire population of the Faroe Islands, the minnows did something they could not muster in the previous 13 years. The small island nation hasn't seen its national team win a competitive match since 2001, but this past Friday they did just that, and away from home nonetheless.

Jóan Símun Edmundsson was the hero on the day, scoring the lone goal of the match in the 61st minute. Edmundsson, who was once a young prospect with English club Newcastle United never managed to make a single senior appearance for the EPL club and now plays for Faroe Island league club Havnar Bóltfelag. But the 23 year old forward did not seem to care about the past this past Friday as he celebrated his country's win in a fashion usually seen after a major title run.

Faroe Islands have never qualified for a major international competition and will very likely crash out of the 2016 Euro qualifiers without another win. The Greeks on the other hand have become somewhat of a permanent fixture in the world of national football since their remarkable European championship in 2004. But since Italian manager Claudio Ranieri took charge of the Greek side in July of this year, the Greeks managed just 1 point in 4 competitive matches. Ranieri was axed from his Greek job on Saturday, November 15th.

The Faroe Islands will travel to Romania for their next qualifying match, but with the match set to take place in March, the underdogs will surely celebrate their win in Greece for the entire 5 months between now and then. 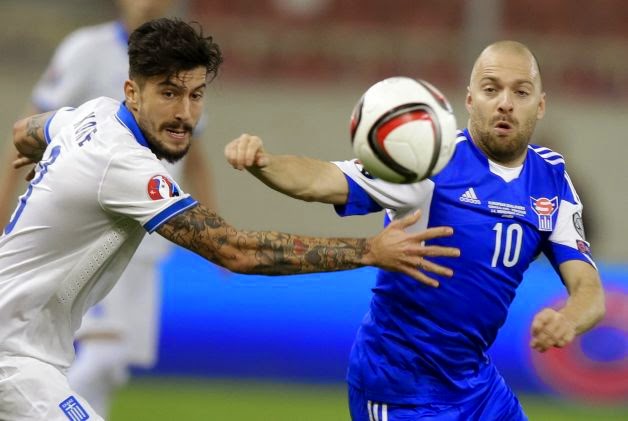