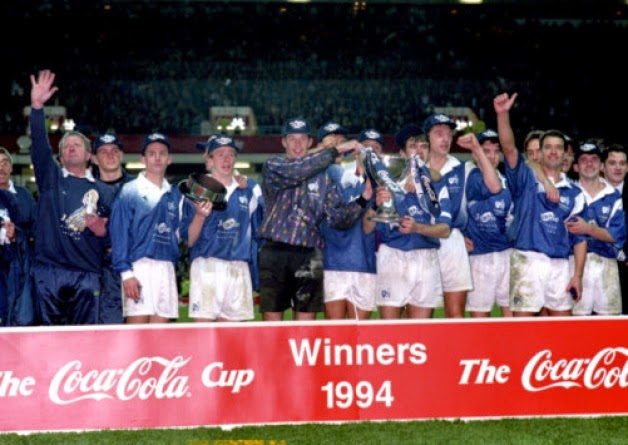 Throughout the history of Scottish football, two clubs have dominated league and cup competitions: Glasgow's Celtic and Rangers.
For the most part, the two bitter rivals have battled back and forth for domestic supremacy since the early days of professional football in Scotland. However, even if temporarily, both have experienced difficult periods in their history, like Rangers current issues owing to their financial implosion.

Celtic went through a tough spell themselves in the early 1990's, going an unprecedented five years without a trophy as Walter Smith's Rangers side swept their Old Firm rivals aside on their way to a record equaling nine straight league titles and various domestic cup wins.

In November of 1994 though, Celtic looked to be bringing that trophyless slide to a halt with a League Cup Final meeting against relative minnows Raith Rovers.

Although Raith were in the First Division at the time and would win promotion to the Scottish Premier League that season, they were traditionally a club that bounced around between the second and third tiers, and their Premier League stay would not be a long one.

Predictably, Celtic went into the match as heavy favourites but were stunned when Stephen Crawford gave Rovers a 19th minute lead in front of 45,000 spectators at Ibrox.

Andy Walker leveled the score in the 32nd minute though and The Hoops appeared to have won it in the 84th minute when former Arsenal striker "Campaign" Charlie Nicholas put Celtic in front.

Unbelievably, Rovers were back on level terms two minutes later though through Gordon Dalziel and the match headed into extra time.

With neither side finding a breakthrough in extra time, and former Scottish international David Narey having the game of his life for Rovers at the back, the final went to penalties. After five shooters a piece the score from the spot was locked at 5-5, so the shootout progressed into a nerve wracking sudden death round.

Rovers converted their first sudden death spot kick, so it was up to Paul McStay to keep Celtic alive.

Scott Thomson got down well and managed to keep out McStay's attempt and with that Raith Rovers had won their very first Scottish League Cup.

It was an incredible achievement for the club, as they became the first Scottish side from outside of the top flight to qualify for the UEFA Cup where they would narrowly fall to mighty Bayern Munich in the third round.

For Celtic, the result was a major disappointment in an era that's not fondly remembered by most fans of the club. 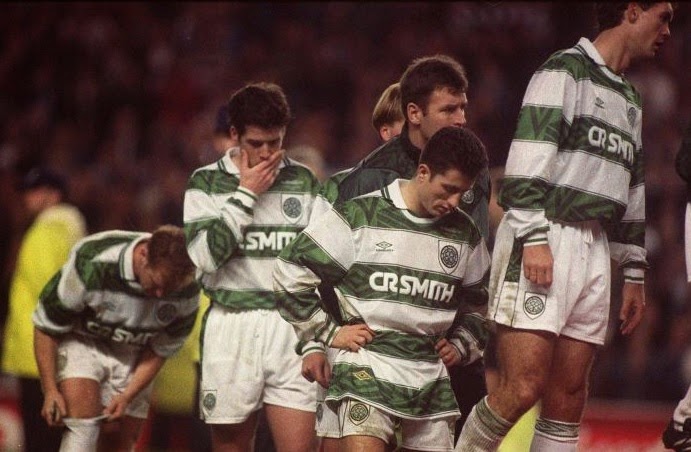