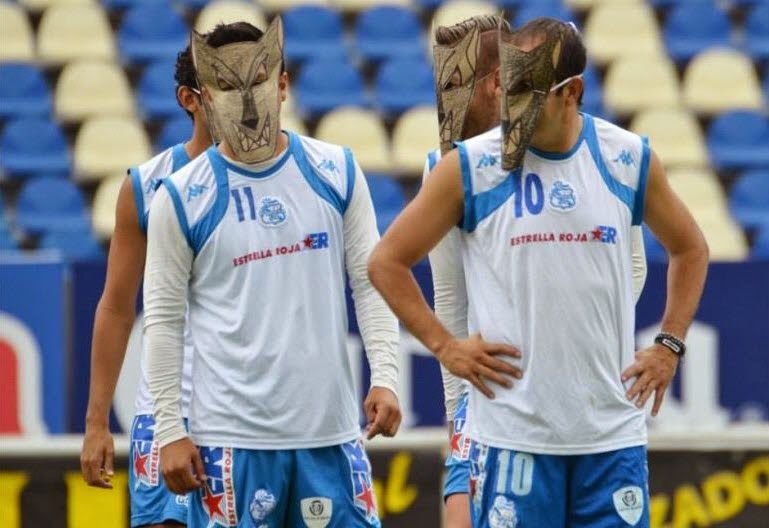 If you want your side to play with ferocity and swarm like a pack of wolves when trying to win the ball back, then why not train wearing wolf masks?

Before you put a call in to the men with white coats to drag me off to a mental health facility, this is exactly what happened at Pueblo FC this week as their mad genius of a manager Jose Luis Sanchez Sola, better known as Chelís, had his players don masks for training.

What rational reason would Chelis have for getting his side to do this you might ask?
Well, the former Chivas USA coach has encouraged his players to win the ball back in 8 seconds or less and has previously said that he expects his team to fight for everything. So perhaps he wants them to display the tenacity of a pack of wild dogs and tear into the opposition.

There is also the small matter of the club taking on Queretaro FC today, who include the legendary Brazilian Ronaldinho among their ranks. The former Barcelona star is known for his protruding chompers almost as much as he's known for his legendary dribbling, so Chelis could have been preparing his side for what it'll look like when someone with a big teethy grin is bearing down on them.

Perhaps he'll have half of his side dress up like Dracula if they're ever set to face a side with Luis Suarez in their ranks? 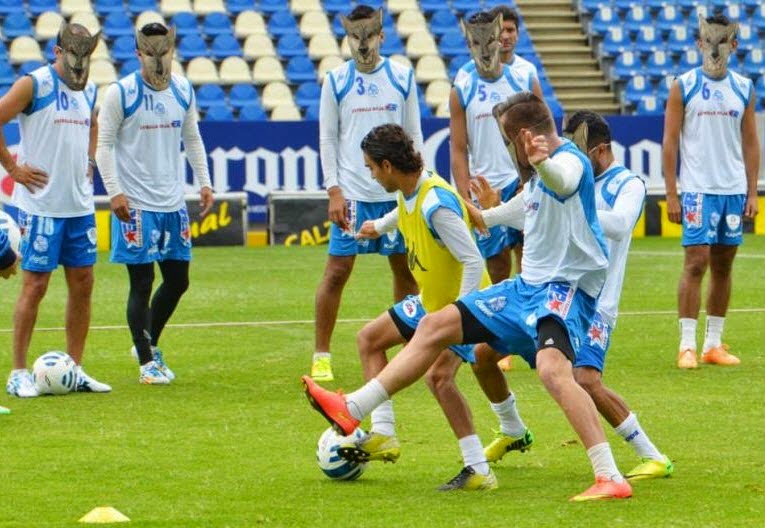 Speaking to the Mexican press, Chelis himself said that he had his Puebla FC players wear wolf masks as he wants "11 triumph hungry animals on the pitch".

"It's something that will perfectly communicate the idea, that we have to recover the ball like dogs." said the coach.
In the meantime, take a look at this video from the 1:47 mark for a look at Puebla's bizarre training session.