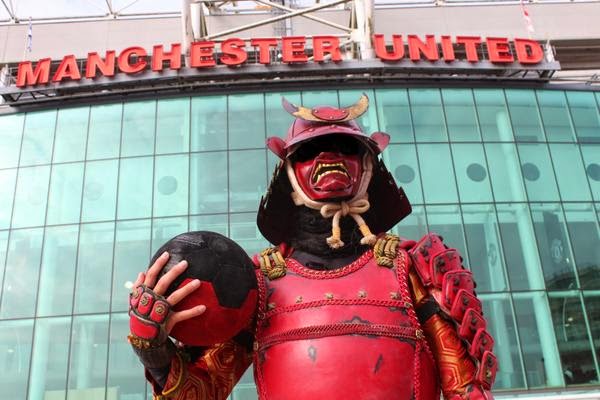 At first glance this appears to be a sequel to Shaolin Soccer, but it isn’t, instead it is a promotion that Manchester United sponsor Nissin Foods did last weekend when Manchester United faced Queens Park Rangers.

Nissin Foods had a samurai first come to practice and indulge in a session of freestyle with Manchester United stars Radamel Falcao, Juan Mata and Marcos Rojo

The players were able to hold their own, but the samurai prevailed and showed that he was not a one trick pony as you can see from the video below.

The Samurai wasn’t done yet and his next appearance was even more dramatic since it involved ninjas. Yes, you read it right, ninjas. Manchester United in collaboration with Nissan Foods presented a half time show during the match against Queens Park Rangers that involved freestyle footballing ninjas and a samurai. Their skill is undeniable but this has to be one of the strangest halftime shows I have ever seen.

Here is the video: