A Brief History of Scottish Football 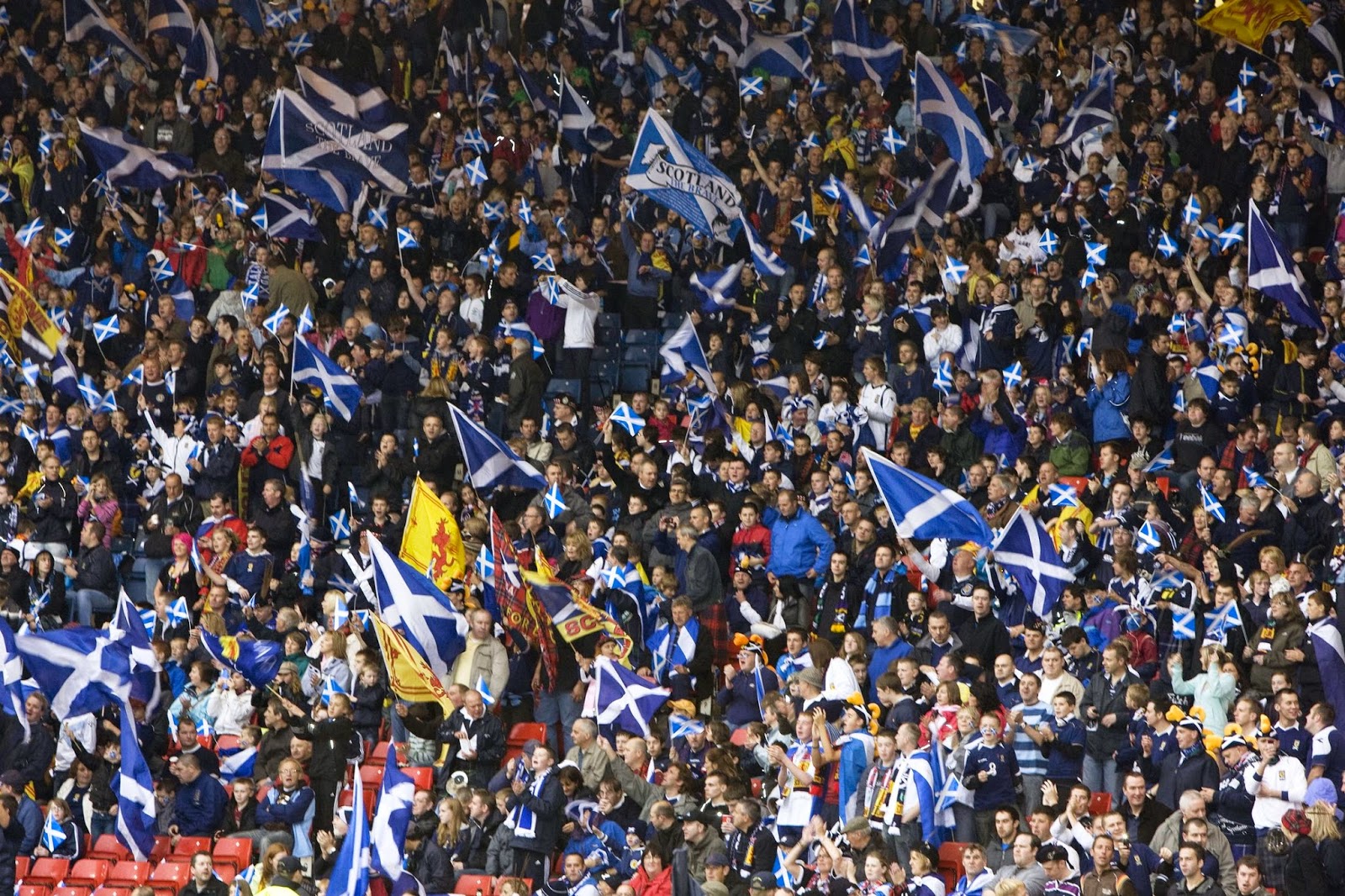 Today marks an important moment in the history of Scotland as the country goes to the polls to choose whether or not they wish to separate from the United Kingdom.

Besides the vast contributions the Scottish people have made over the years to science, technology, the arts and sports, they have also played a key role in the history of Association Football.

On this historic day we look back at some of the more memorable moments, matches, clubs and personalities that have contributed to Scotland’s footballing history.

Founded in July of 1867, Queen’s Park F.C. the first Association Football club in Scotland, came together that summer and issued the following proclamation: "Tonight at half past eight o'clock a number of gentlemen met at No. 3 Eglinton Terrace for the purpose of forming a football club."

Taking the club name from the area in Glasgow in which the clubs founders played their first matches, the club continues to exist as the only amateur club in Scotland’s professional football leagues. Their club motto, "Ludere Causa Ludendi" – to play for the sake of playing, reflects the spirit of this great club.

Besides being the first club formed in Scotland, Queen’s Park also was the first Scottish side to be featured on television when they played a friendly against London side Walthamstow Avenue F.C. in 1951. 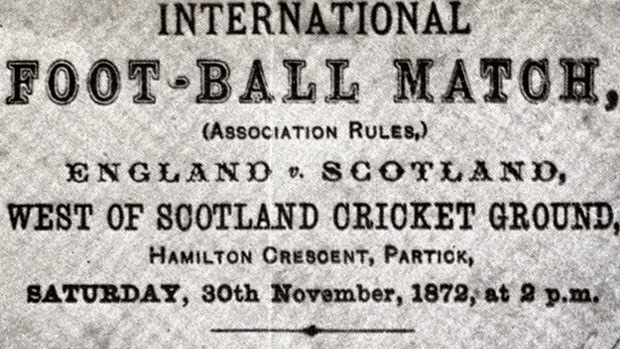 On November 30, 1872 at Hamilton Crescent a cricket field in Glasgow, Scotland took on England in the world’s first official international football match. In front of 4000 curious spectators on a rain soaked pitch, England lined up in a 1-1-8 formation while Scotland countered with a slightly more conservative 2-2-6.

Despite some positive play from a Scottish side made up of eleven players from Queens Park, the match ended in a 0-0 draw.

This match was not only the beginning of great rivalry with their neighbours down south, but would eventually lead to the formation of a competitive international tournament involving the two beginning play in 1883, that also included Wales and Ireland, called the British Home Championships.

This early era in the history of international football saw a period of Scottish dominance as they would only lose two of their first 43 international matches. 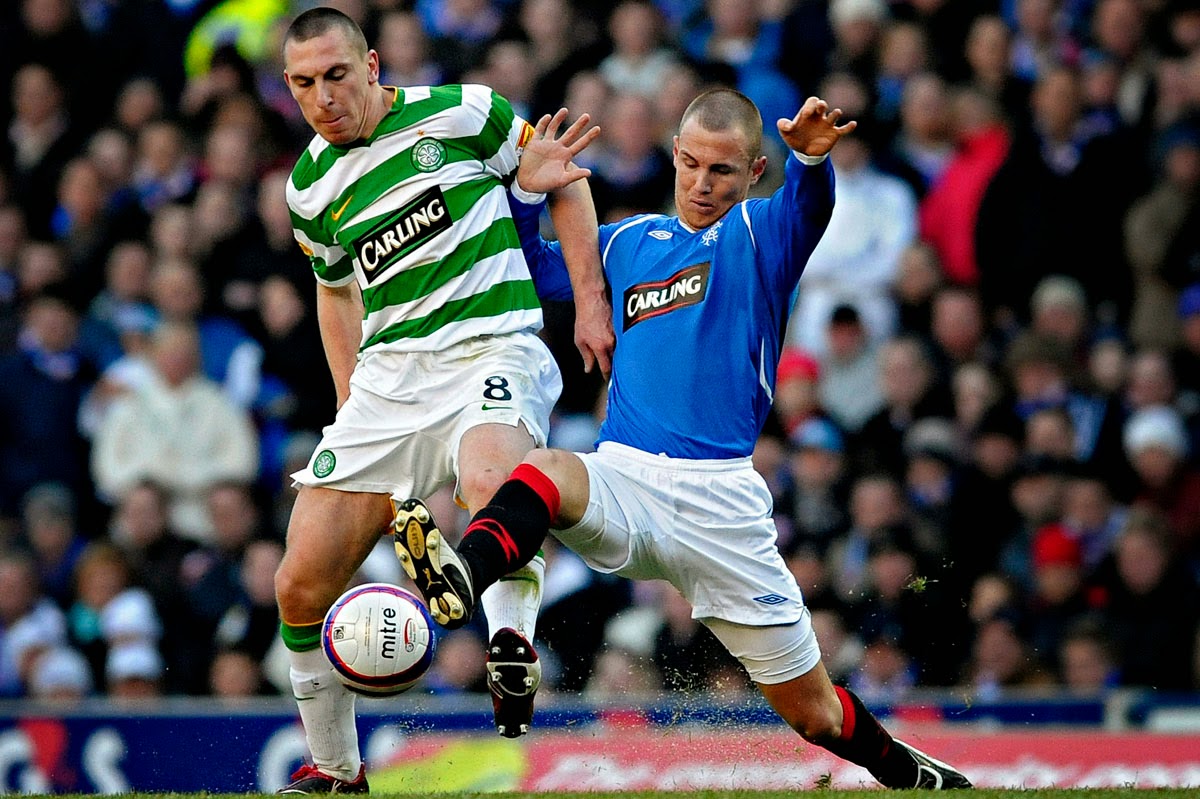 After the founding of Glasgow Rangers in 1872, they quickly started a cross city rivalry with the existing Queen's Park club mentioned previously. However, with the founding of Celtic in 1887 the beginning of the far more fierce Old Firm rivalry, took root.

Right from the start the split between Rangers and Celtic mirrored the religious and political divide in Scotland. Rangers were typically supported by often Loyalist Protestants, while Celtic as their name suggests had Irish Catholic roots.

Trouble has often surrounded matches between the two sides, with the most notorious of which being a violent on-pitch battle between supporters at Hampden Park following Celtics 1-0 win in the 1980 Scottish Cup Final. This led to alcohol being banned from then on at Scottish grounds.

On the football side, Celtic and Rangers have been, for much of their history, the best sides in Scottish football with an incredible 99 League Championship titles shared between them. 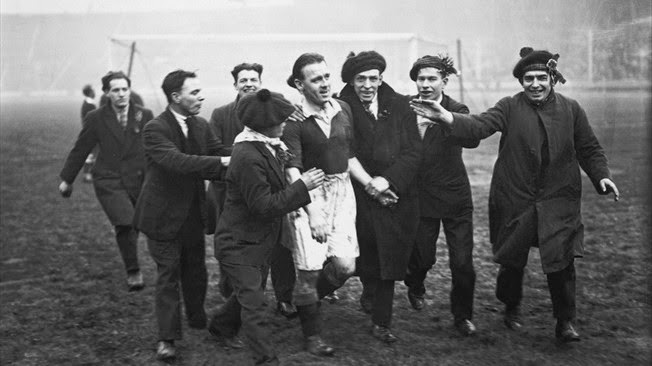 With many of their big stars playing for the top clubs in England and with the benefit of Scottish coaches around the national setup being receptive to new ideas and tactics, the national side tore the Three Lions to pieces in a famous win in 1928. Despite the press writing off their chances, particularly due to their diminutive forward line that had no player over 5’7, the Tartan Army packed 11 trainloads of supporters for the trip down to Wembley Stadium for the final match in the British Home Championship that year.

With the English backline obsessed with covering the Scottish wingers, and in some cases doubling up on the wings, the forward trio of Hib’s James Dunn, Preston and later Arsenal star Alex James and the legendary Newcastle striker Hughie Gallacher ran absolute riot down the middle.

Cheered off the pitch for their brilliant play by both sets of supporters, the team would later be dubbed The Wembley Wizards. 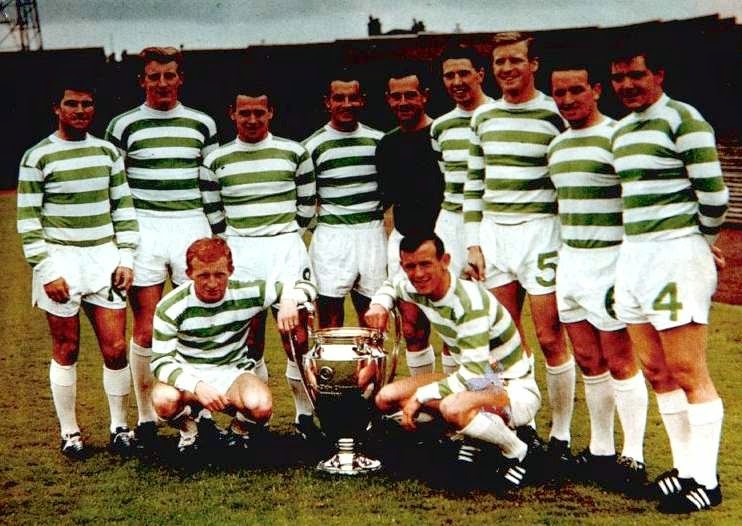 With all but one of Celtic's 1966/1967 side born within ten miles of Celtic Park, the accomplishment of Jock Stein's side in winning the first European Cup for not only a Scottish, but a British side can't be undersold.

Taking on a powerful Inter Milan side, who had already won two European Cups earlier in the decade, no one gave Celtic much of a chance in the Portuguese capital. But against all the odds after going down 1-0 to the Italians, the Glasgow side stormed back to win 2-1 with goals from Tommy Gemmell and Stevie Chalmers.

Unlike most giant killings that are done through virtue of a "smash and grab", Celtic, in manager Jock Stein's words: "Did it by playing football. Pure, beautiful, inventive football."

Not only were Celtic successful in Europe, but they also won the three domestic trophies on offer on their way to a brilliant Quintuple. 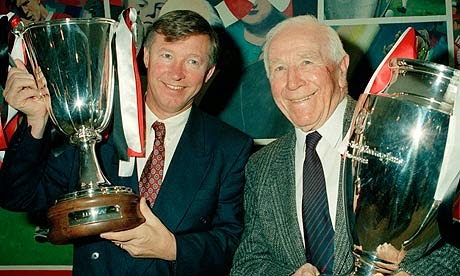 Besides the domestic success of legends like Celtics’ Jock Stein, Rangers’ Jock Wallace, and Dundee’s Jim McLean, Scottish managers have had some outstanding success in England.

Liverpool likely wouldn't be the club they are today without Bill Shankly, who took a Second Division side in the doldrums and led them on the way to being one of the greatest sides in Europe. If nothing else, Shankly outlined the template for future success at Liverpool and brought an ethos to Anfield that still persists.

Likewise their great rivals Manchester United owe so much of their success to Scottish manager’s Sir Matt Busby and Sir Alex Ferguson. Busby took over a club after World War 2 with a ground in bombed out ruins, he then started a famous youth policy, overcame the tragedy of Munich and eventually triumphed in Europe, while Ferguson revived United after twenty years of underachievement. Before his retirement last summer, Fergie took the Red Devils to two decades of record breaking success.

Besides these obvious greats, there have been others like Arsenal’s George Graham, Tommy Docherty who spent time at both Chelsea and United, and Liverpool’s Kenny Daglish that have contributed a lot to their respective clubs over the years. 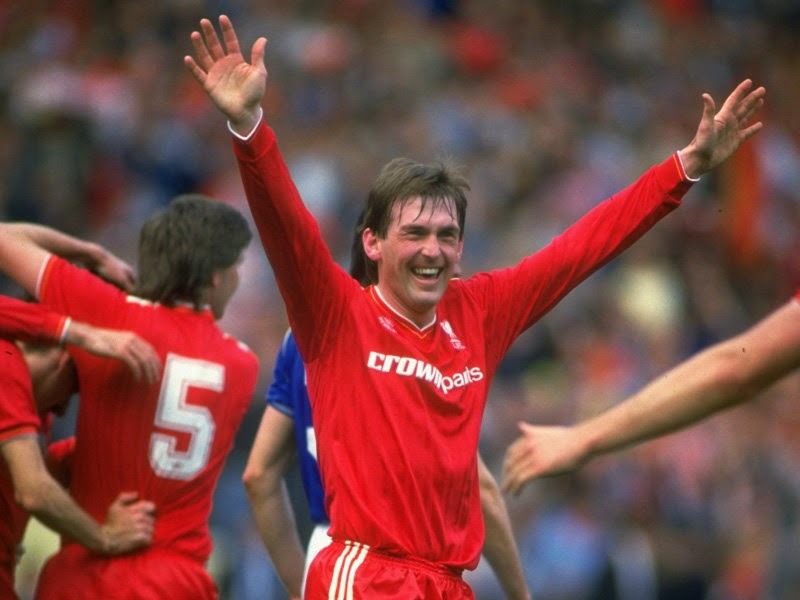 Although Scotland is going through a tough period right now with their national side and aren't producing as many top draw players as they once did, for a country with a small population they have had a wealth of greats that have graced the world stage.

Players like Ally Mccoist, Billy Bremner, Dave Mackay, Kenny Daglish, Graeme Souness, Jimmy Johnstone, Dennis Law and Alan Hansen have starred for both club and country as they made their mark on the game.
SHARE SHARE SHARE