Kits: You Get What You Pay For 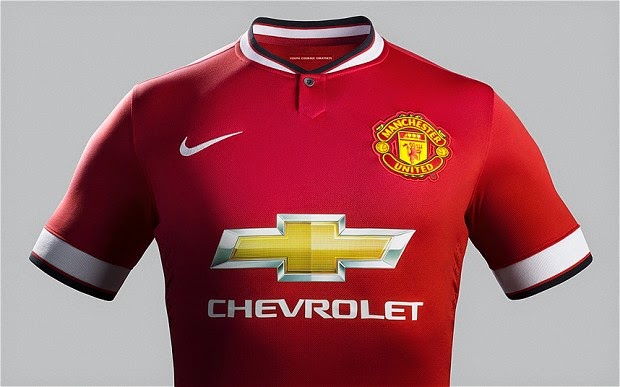 What's there not to like about a brand new football kit hanging in your closet?

At around $90US a pop, kits of most of the major sides around the world certainly aren't cheap, but my god do they look gorgeous when you get them home.
I have a friend that is like the Imelda Marcos of football kit collectors. You can't move in his apartment without tripping over a box full of J-League Division 2 third jerseys and I can't help but be a little envious.

Of course when you wear your 2007/2008 kit to work on Dress Down Fridays, your casual soccer following co-workers won't know that your kit falls in that dreaded zone between being a cool retro number, and being a dated shirt that is thread bare and that you desperately need to upgrade. But you'll know though, and it'll burn at your soul.

Most clubs used to have a kit for two seasons before changing them, but in the new mega dollars world of football the greedy bastards change kits every season and damn if we aren't peer pressured into upgrading.

I thought I had found a solution two years back when one of my co-writers on this very site came across a Chinese website that was selling football kits at markdown prices.

"If you can't trust a Chinese Counterfeiting Syndicate to create jerseys properly, who can you trust?" I thought to myself.

The first one I ordered was a black Borussia Dortmund away kit. Now before you scream, "fucking hipster" at me, I ordered this particular number because all of my kits are either red or white and I needed a black kit for a big kick about that a buddy of mine hosts in Drayton, Ontario every September. The Dortmund kit just happened to be the coolest looking black kit on this slightly shady website. 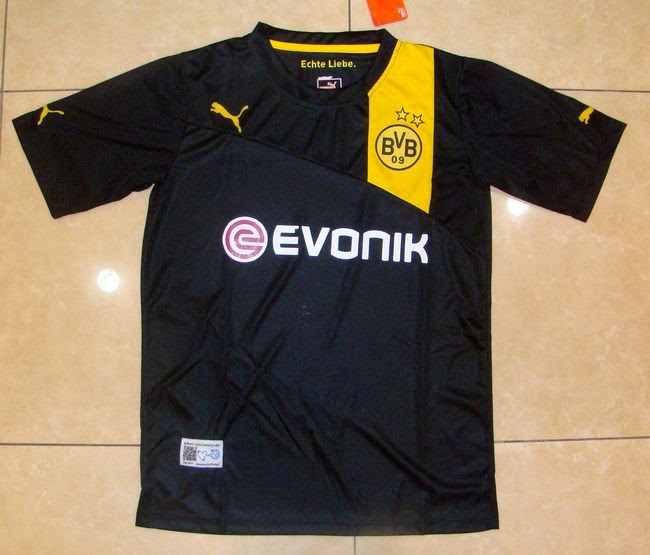 So the kit arrived and it was the absolute bees knees. It looked, felt, and smelled legit. Even the shorts that came with it, a striking yellow, were terrific. The kit held together well and I still wear it to this day.

The other kit I ordered around the same time was a Euro 2012 blue England kit with Rooney on it, and that's when things took a turn for the worse. The Euro patches on it were obviously low grade knockoffs and after two washes the goddamn name and numbers peeled off the back. For $22 though, I guess this is to be expected. 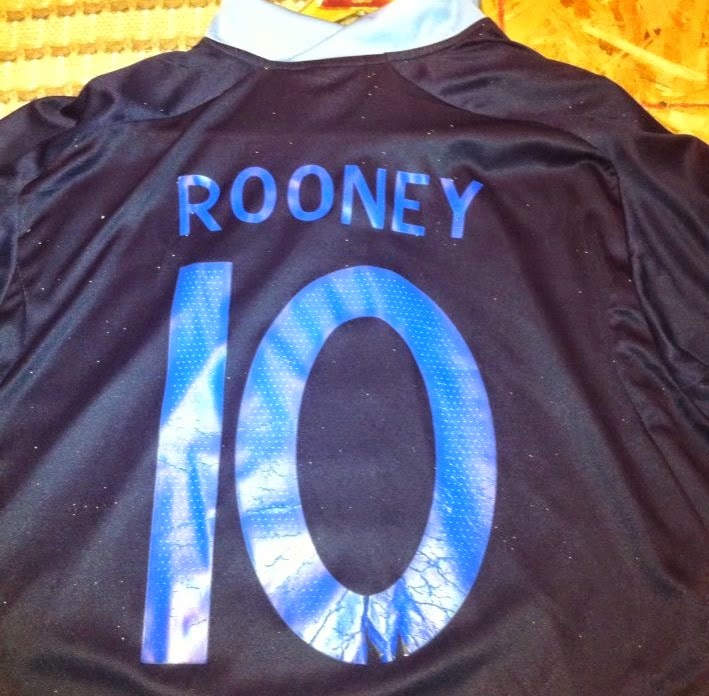 The next time I placed an order it was for a 2013/2014 Manchester United kit with no badges or number, because I figured if I kept it basic they wouldn't mess it up. Sadly, I overestimated their quality control system as my $23 jersey ended up with shitty knock off EPL badges sewn into it and the AON sponsors logo started peeling off after two washes. It was like a metaphor for United's dreadful season under Moyes. 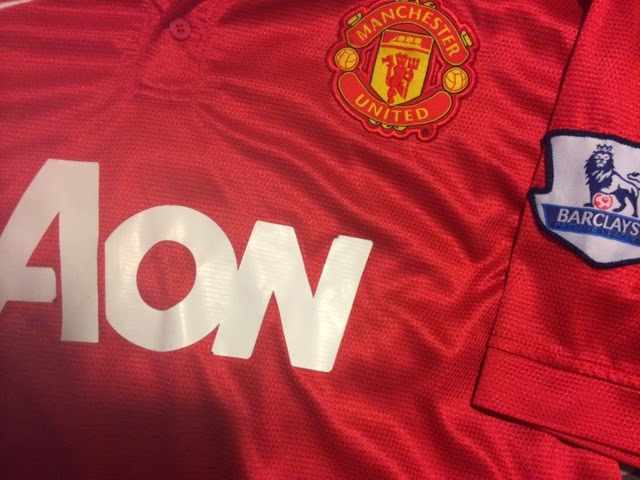 You really get what you pay for with jerseys though, about ten years ago I was in Mexico and I bought my brother one of those epic, Aztec inspired Mexico jerseys for $15US at a market and would you believe it, after one wash the bloody arms fell off. 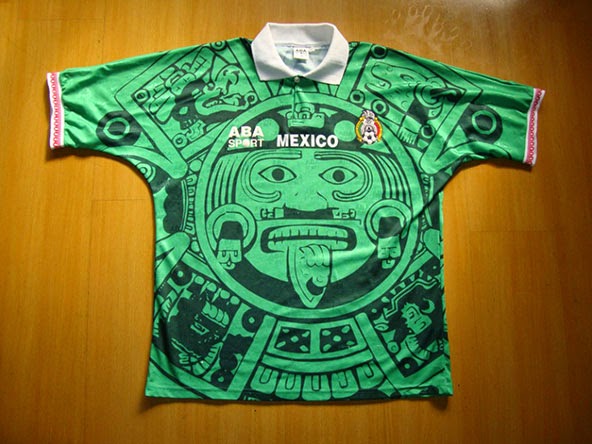