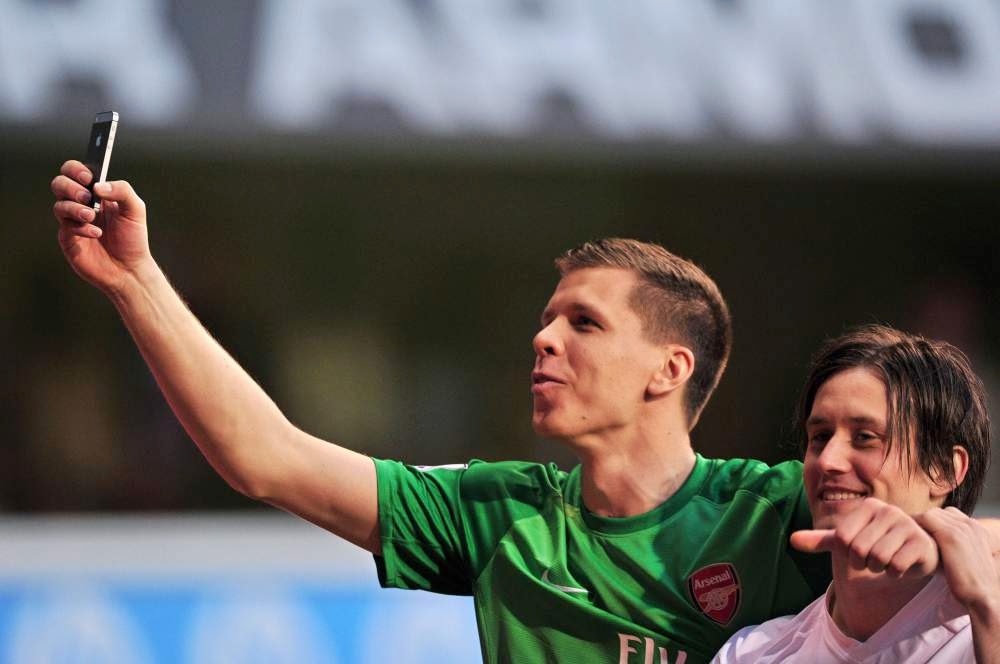 This week for Mid-Week Rants I would like to get something out of the way that has been bugging me for quite some time, footballers obsessed with selfies.

Since the invention of the front facing camera lens on mobile phones, “selfies” have been gaining popularity more rapidly than half naked chicks riding wrecking balls. I myself have been known to indulge in a self-photo every once in a while, mostly while playing around with my nieces and nephew or when I’m bored.

Footballer and celebrity selfies in general seem pointless however. When the selfie phenomenon began sweeping the world, I have come to a conclusion that the ability of taking one’s own photograph is very useful for many reasons, none of which however apply to celebrities.

Loneliness: Regular people are alone quite often, so it makes sense to snap a pic of one-self because there’s nobody else there. Footballers are almost always surrounded by people, and in most cases footballer selfies are in a locker-room, near the pitch and sometimes even on the pitch, can they not ask someone to take a photo of them like a normal human being?

Money: Most regular people cannot afford to go to a studio or call a professional photographer whenever they want a nice photograph of themselves. With the money they have, constantly snapping low-quality photos of themselves and adding filters to make it even crappier just makes no sense for a footballer.

Paparazzi: Regular people don’t have photographers following them around town, with the exception of stalkers. Footballers have photographers hiding in bushes and trees just to be able to snap a shot of these players. Here’s an idea, come up to one of them, be nice and ask him or her to send you a copy. Also, don’t you think that the paparazzi profession will soon die out if you keep taking pics of yourself every 3 seconds?

On the pitch: This is perhaps is the stupidest thing I have ever seen. Regular people don’t get on the pitch very often and if they do it is either a special occasion or they are butt-naked, running away from security; in either case a “selfie” is warranted. Footballers basically work on the pitch, so every time they take a selfie during a goal or win celebration they essentially become that annoying girl in the cubical next to you taking more self-pics than doing actual work, hash-tagging every one of them #TheGrind or #TGIF or some other stupid shit. Also, you see all those guys standing pitch-side, wearing official bibs, holding cameras in their hands…those are photographers! Your celebration will be in a photograph form somewhere.