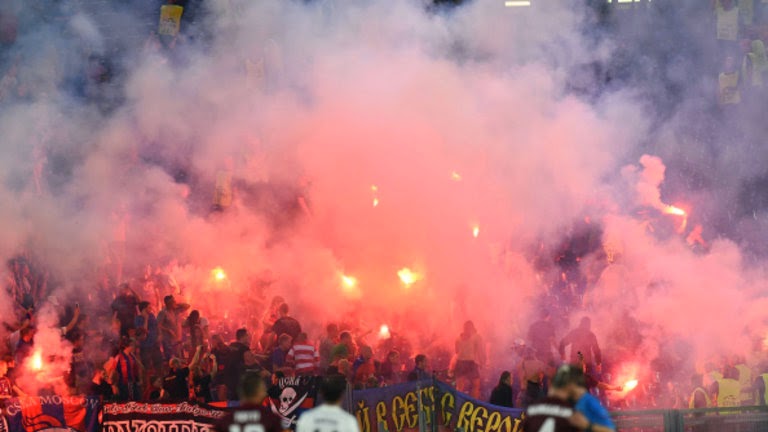 Following an ugly incident on Wednesday night, when visiting CSKA fans through flares at their Roma counterparts kicking off retribution and further violence, both clubs are facing sanctions.

The trouble in Rome this week began when CSKA supporters threw flares into the Roma section and these were quickly returned by the Italians. The Russians then attempted to storm the Roma end and were met with security forces who they clashed with. 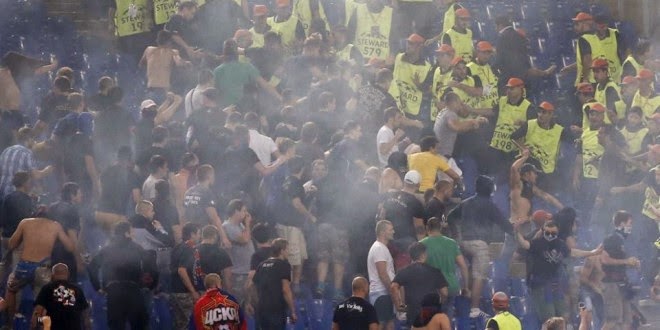 Following the match there was further fighting outside the ground and reports of at least two CSKA fans being hospitalized.

UEFA are also investigating allegations of racist chanting by both sides and issued the following statement:

"Disciplinary proceedings have been opened against: Roma for setting off/throwing of fireworks and missiles (art. 16 (2) (b) and (c) of the Uefa Disciplinary Regulations) and insufficient organisation (art 38 Safety & Security regulation),"

"The case will be dealt by the Uefa Control, Ethics and Disciplinary Body."

If either club, or both, are sanctioned by UEFA, it will affect their next Champions League group stage matches against Manchester City.

Roma are due to play at the Etihad on September 30 and City will visit Moscow on October 21.