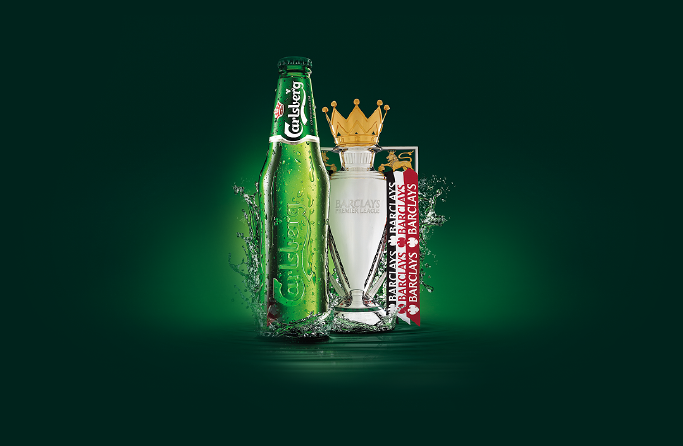 Out of the twenty clubs in the English Premier League this season, fourteen have official beer sponsors. The sponsorship come in different capacities, and though just one is an official shirt sponsor, the others are considered official sponsors of their respective clubs.

Here is a list of all the beer companies that sponsor the English Premier League and individual clubs within it.

Some clubs it seems don't like to partner up with the creators of the incredible beverage called beer. In the EPL there are a total of six such organizations, and these outfits go on my black list: Arsenal, Burnley, Crystal Palace, Hull City, Manchester City and Southampton.

That's right, the Danish beer company sponsors eight EPL clubs, big and small. Of course their most popular football sponsorship was the time their logo was displayed on the shirts of Liverpool, but although they don't currently sponsor on the chests of the footballers on any of the clubs in the EPL at the moment, they do have partnerships with the following teams: Aston Villa, Liverpool, QPR, Stoke City, Swansea City, Tottenham, West Brom and West Ham.

Aside from the clubs, Carlsberg is also the official beer of the English Premier League. But although it seems like they are somewhat trying to take over, anything is better than the league's previous beer sponsor, Budweiser.

I was a bit surprised when I saw the branding of this Thai brew on the official sponsors list of three EPL clubs. Aside from newly promoted Leicester City, Singha sponsors two EPL "giants" in Chelsea and Manchester United. 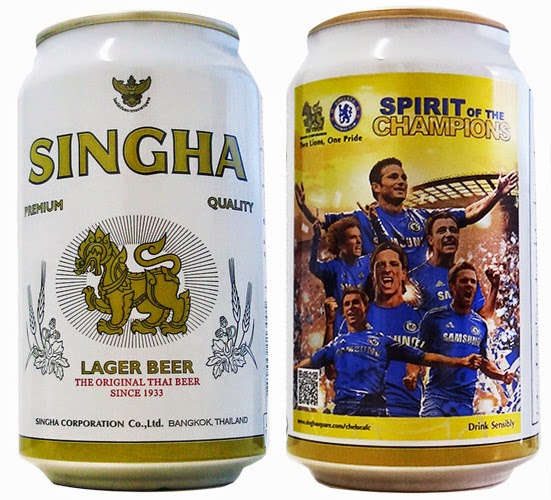 Carling has been very involved in football sponsorship, with their brand previously displayed on the shirts of both Glasgow clubs Celtic and Rangers, and of course the naming of the English League Cup (Carling Cup) until it was recently changed. But as far as EPL clubs are concerned, the beer company officially sponsors just one club and that is Newcastle United.

Probably the most recognized beer in the EPL at the moments and that's because it is the only beer shirt sponsor in the league. Chang has been on the shirts of Everton players since 2004, and it is of course the club's official beer sponsor. Chang, like Singha, is a Thai brew.

Yes, the Ozzie beer that is more popular in the UK than it is in its native Australia does sponsor one club and that is Sunderland. Ironically, unlike their neighbors Newcastle, The Black Cats have never had an Australian footballer in their club.

The Suffolk based brewery Greene King is a secondary beer sponsor for Leiceser City. Although Leicester's official brew is Carlsberg, the Greene King's India Pale Ale beer is also the club's sponsor. 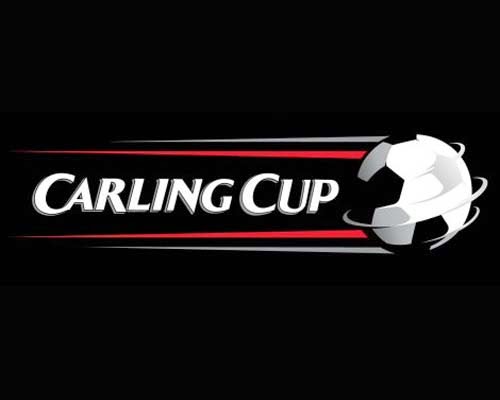