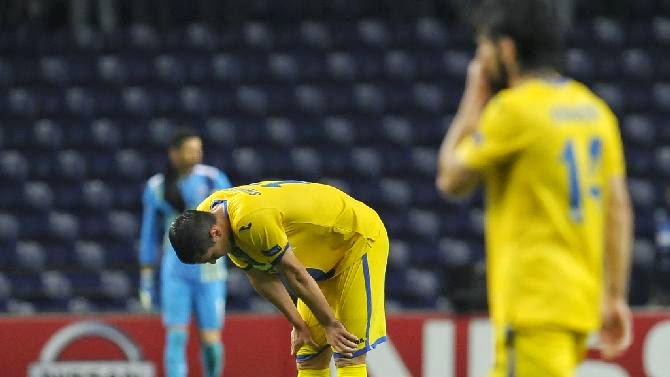 Every match-week we take a look at the clubs that did not perform as expected, or were just disappointing altogether.

With week 1 of group play in the books, here are the clubs that did not impress. 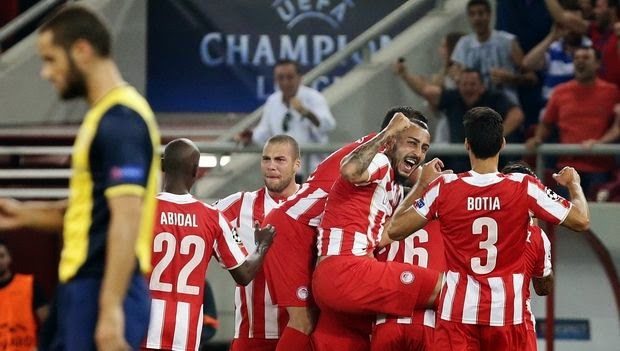 The defending La Liga champions and last year's UEFA Champions League runner-ups Atletico got a bit of a reality check when they were humbled by Greek champions Olympiacos in Piraeus. Of course Swedish side Malmö FF should not be a huge challenge for the Spanish side in this group, but if the Madrid club cannot adjust themselves to perform better, they may see themselves lose out on the next stage to the Greeks and Juventus, who they play in week 2 in Madrid. 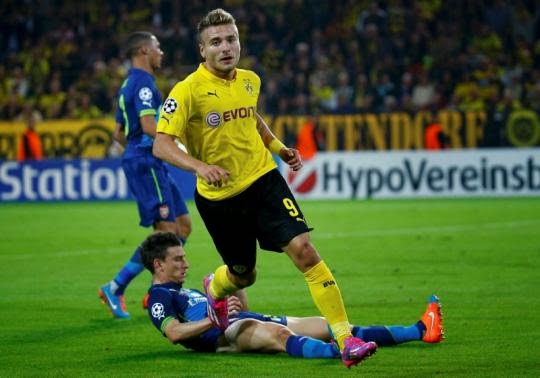 The big debate on the seeding of none-champions has been prominent leading up to the first week of play, and perhaps the Gunners had proven the case for those who do not believe that the London club should have been seeded higher than those clubs who have actually won their domestic league. Of course their 2-0 loss in week 1 came at the hands of a very good Borussia Dortmund side in Germany, but Arsenal was simply outclassed and will have to look for immediate answers when they host Turkish side Galatasaray at the Emirates next. 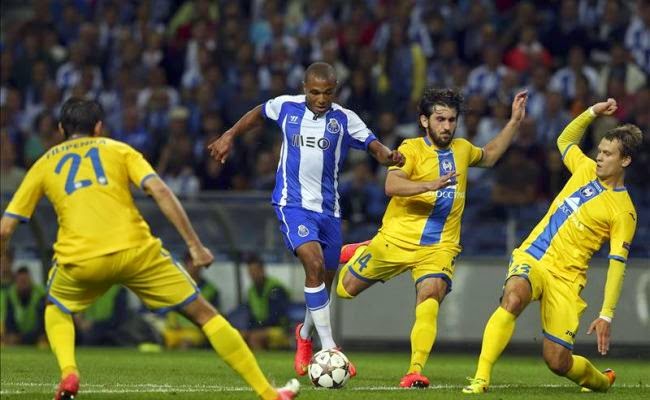 There's one club that simply showed they have no business being at this stage of the competition. And although it may seem that they very just victims to a great performance by Porto's Algerian midfielder Yacine Brahimi, who's hat-trick led to BATE's 6-0 loss in Portugal, meetings with Spain's Athletic Bilbao and Ukrainian champions Shakhtar Donetsk may not prove to be much easier, and I would not be surprised if the Belarus club finish their six matches with 2 points or less. 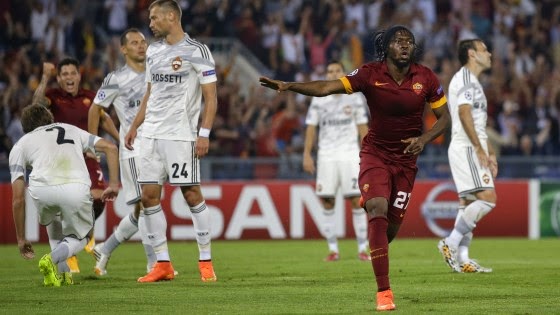 With Bayern Munich and Manchester City the other two clubs in their group, AS Roma should have been the club CSKA was to defeat if they were going to have any chance of a surprise second place finish or perhaps at least a third place Europa League qualification. Instead, the Russians were handed a heavy 5-1 defeat in the Italian capital, and were only able to score once after the home side had already put 5 in the back of the net. They will surely be glad to come back home for their next match, although wether at Khimki Stadium in Moscow or in any other stadium around the world, the result against the German champions will very likely not favor the Russian side. 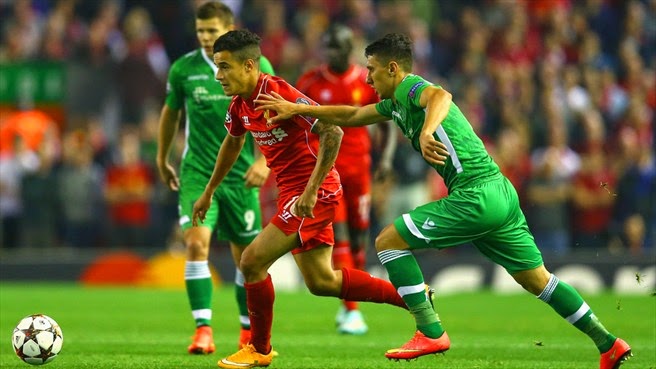 The only outfit on this list that have actually won their first match, Liverpool did not look great while snatching an injury-time 2-1 victory via the spot-kick, against Ludogorets Razgrad, a Bulgarian side who is literally just "happy to be here". Of course this may be due to the fact that The Reds have not been a part of the Champions League group stages for some time now, or perhaps they just had an "off day", but when facing any Bulgarian opposition at Anfield, Liverpool should be showing much better football than they did this week. Next week's meeting in Basel should be a good marker for Liverpool's fans to see whether their club has any chance of making a run in this year's competition. 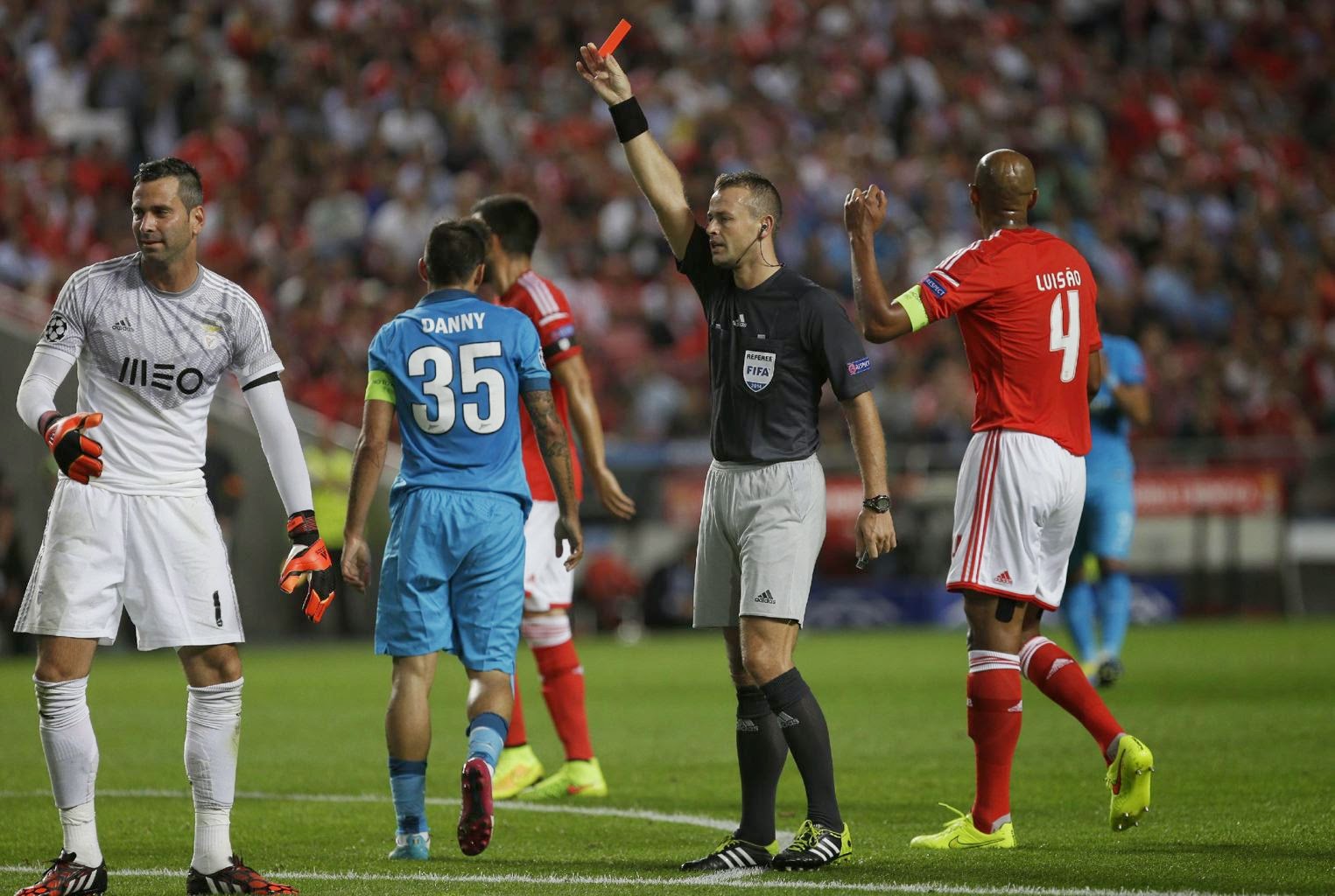 Although Benfica's group is not of the toughest varieties in this year's tournament, a home loss to Zenit is inexcusable unless the Portuguese club is looking to go back to the Europa League as soon as the group stages are over with. The Portuguese side had no answers for the two goals scored by Zenit's "foreigners" Hulk and Axel Witsel and will surely look to rebound against Bayer Leverkusen in Germany at their next UCL fixture. Of course the sending off of goalkeeper Artur in just the 18th minute may have been a big factor, but the Russian side were already in the lead since the 5th minute.
SHARE SHARE SHARE