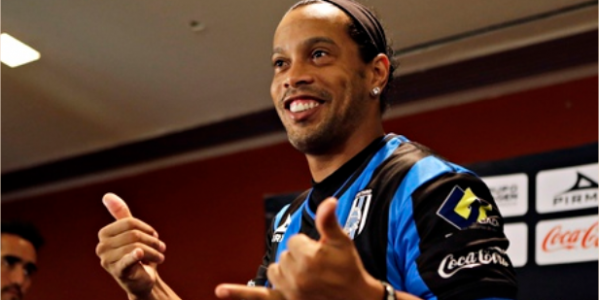 Carlos Manuel Treviño Núñez a local politician in Querétaro, Mexican city to which Ronaldinho has moved to, so he can represent the local football club, took to social media to voice his rage and called Ronaldinho a monkey in the process.

“I am trying to be tolerant, but I hate football, and the stupidity that causes in people. I hate it even more because people pack the streets and cause me to be 2 hours late on my way home. All of this to go see a monkey. Brazilian, but nevertheless a monkey. This is a ridiculous circus.” wrote the local politician on social media.

This is another perfect example of how having no filter in your brain and easy access to social media could be a dangerous thing for some people. Before the days of social media, these were only thoughts in the mind of an incredible ignorant person, which don’t make them any better, but at least it was kept inside his insane brain. Now with Facebook, Twitter and other social media outlets we have open the doors of the asylum and let all of the crazies out. This being the latest one, saying things that should be an embarrassment to him and the city he represents.

I just hope the local people of Querétaro, and more specifically those that he calls out in his rant have a long memory and remember this the next time he runs for public office. This sort of verbal/written blunder should not be forgotten by those people he insulted, never mind the fact he called Ronaldinho a monkey. So not only he shows that he cares about nobody other than himself and that he is also racist.

The fact that politicians care only about themselves shouldn’t be a surprise to anybody, but coming out and referring to Ronaldinho as a monkey is racism in its most natural form. Unfortunately this sort of behavior won’t be stopping anytime soon and comments like these will continue to plague the game we all love and enjoy.

You can have all the campaigns you want to stop racism, but it is as futile as having a campaign to stop stupidity. 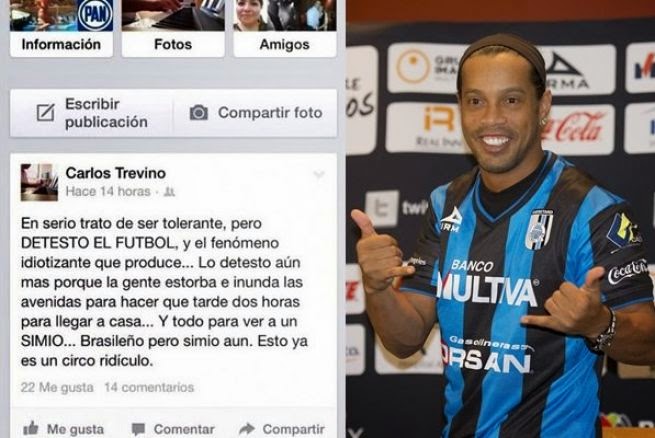