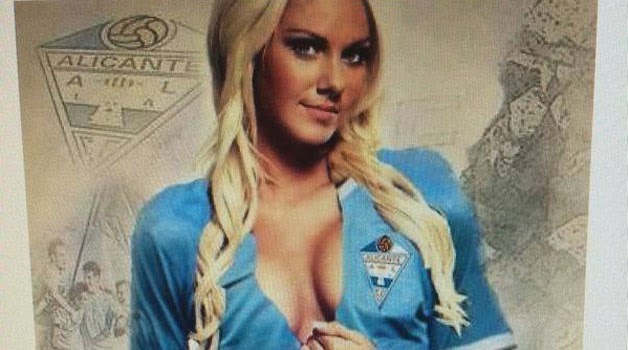 Spanish club CFI Alicante, has come under tremendous pressure and critique for launching a sexist campaign on the internet.

“Become a member of our club and you will become this beautiful.” This was the slogan of the marketing campaign launched by CFI Alicante to bring beautiful woman to their stadium. They used an image of a beautiful blonde with a low cut kit, in addition to their slogan and the reaction to it was quick.

Social media was buzzing with negative remarks about the campaign and accusations of discrimination and sexism towards the Spanish club. The negativity surrounding this marketing campaign was so overwhelming that the club removed any online material related to this campaign almost immediately.

The club sent out a letter stating that they were not involved in this campaign and that they didn’t create the posters and slogan, but it wasn’t enough for the club to silence their critics.

While the slogan and campaign is extremely sexist and insulting to woman, you have to give the club credit for thinking outside the box and looking at boosting their attendance at games. They probably figured that more women in the stands would also mean more men. This is the football version of free ladies night that most clubs use to boost their numbers. Maybe they should have approached the campaign from that angle instead of going with this more direct and insensitive approach that was bound to receive negative criticism.

Not everything is lost, at least we still have a copy of the poster used in the campaign. 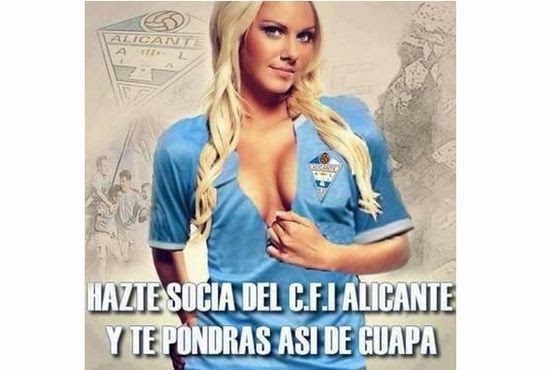