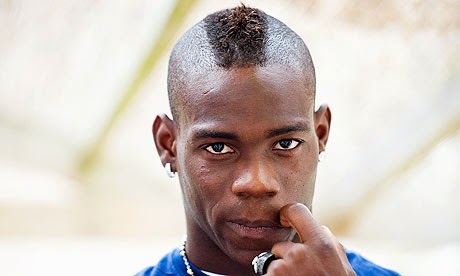 Manchester United had an absolute collapse in yesterday’s game against Leicester City. From being up 3-1 with 30 minutes left in the game to lose 5-3, it was one of the most epic turnarounds in Premier League history and an absolutely classic match.

From everyone following the match on their TV’s, no one seemed to enjoy the result more than Liverpool’s Mario Balotelli. The former Manchester City and currently Liverpool forward took to Twitter to express his views on the massive collapse by Louis van Gaal’s man.

If there is anybody that you expect to have a reaction to that result is Mario Balotelli, the always flamboyant Italian player took no time and used to Twitter to share with his followers his thoughts on the match as you can see from the picture above.

The retweets quickly followed and his comments spread around the social media world like a wild fire. What perhaps came as a surprise was the flurry of tweets sent to Mario from what can only be described as idiots that must be upset Manchester United fans. Racist remarks came in fast and furious, directed at the Liverpool forward for his tweet. 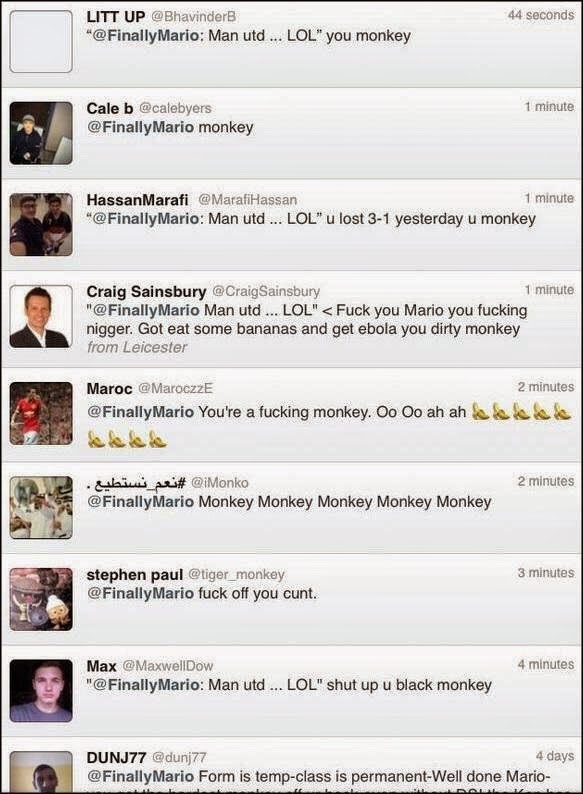 As you can see in the collection of tweets above these idiots showed their real colors and how ignorant they are. Regardless how upset you are with the loss and with Mario’s comment, there is no reason to take to Twitter and spew hatred over the social network for all to see.

Despicable behavior and I would like to see someone take a very harsh stand on this sort of behavior. The police has launched an investigation into this matter, and I hope the people who took to Twitter to insult Balotelli receive the punishment they deserve. This is completely unacceptable. I wonder if these idiots realize that their comments are on Twitter for all to see. Maybe they are too stupid to even realize that.